This is the Way: Anakin Skywalker (Padawan) from Star Wars: The Black Series Phase III by Hasbro 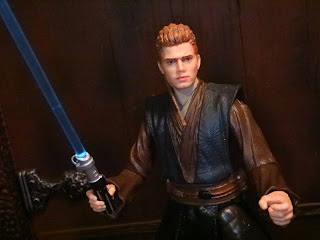 Just before transitioning into The Black Series: Phase IV, Hasbro released a final series of Phase III figures mostly based on Attack of the Clones. I'm just now getting around to checking most of these out as it took me awhile to find some of them and, frankly, some of them were a bit dull and I might have passed on them until I found a good deal. Today I'm checking out Anakin Skywalker (Padawan) which depicts Anakin in his Jedi tunic that he wears throughout most of Episode II. I don't think it's entirely off-base to say that Hayden's performance in Episode II might be the weakest of any of the films and yet he really turned things around and did a pretty good job in Episode III. I'm still chalking Hayden's performance up to George Lucas' directing efforts and I find myself really liking Hayden and always hoping that he gets worked into another Star Wars project. I really, really wanted to see him appear as a Force spirit and talk with Kylo Ren in The Rise of Skywalker (the original script for Episode IX was so much better than what we got!). Anyways, let's take a look at this version of Anakin Skywalker after the break... 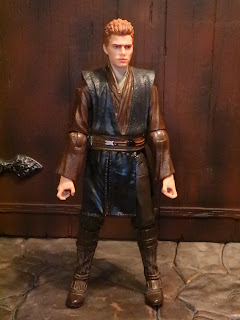 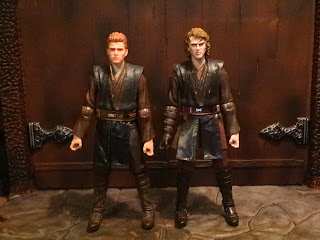 * Surprisingly Anakin Skywalker (Padawan) is largely a retool of the Episode III Anakin Skywalker that was released in the Archive series and Phase I. The belt piece, right forearms, heads, and boots are different but the torso, left arms, and right upper arm are the same. Considering how old that figure is and how much different stuff was needed I really expected this to be a new sculpt. 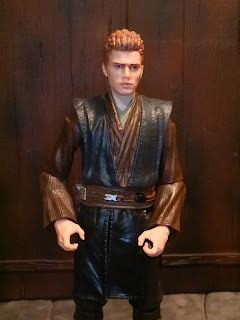 * Anakin's tunic still is a pretty decent sculpt. The visible textures on the different layers is still nice and he leathery appearance of his outer tunic is well done. His belt is slightly different than the Episode III version though not in any instantly noticeable way. 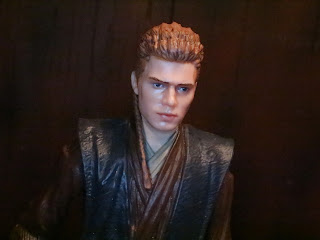 * If there's a high spot on this figure it's the Anakin Skywalker headsculpt. It's really well done. Even though the hair style has always looked a bit strange Hasbro did manage to nail it here. There's even the little ponytail in the back along with the braid on the side. 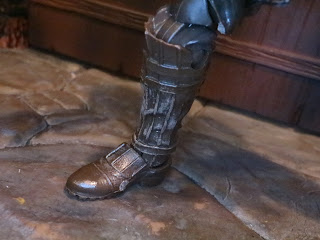 * Anakin's boots have some nice weathering effects on them. They actually look like they've been through some action. Maybe this is the dust of Geonosis or the sand of Tatooine? 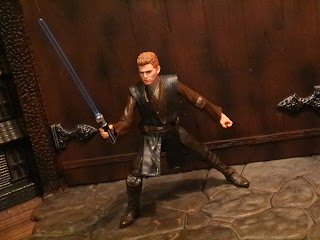 * While he's an older figure and the design of the joints isn't as smooth and fluid as on the more recent figures Anakin Skywalker can still do most things you'd ask of a Jedi. He's still durable and well articulated so you shouldn't find too many faults with this articulation model. I have one, but I'll get to it in a moment... 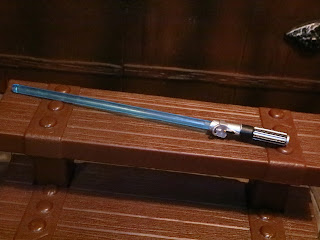 * Anakin of course comes with his lightsaber. It's nice looking and made from two pieces so that the blade can be molded from translucent plastic. 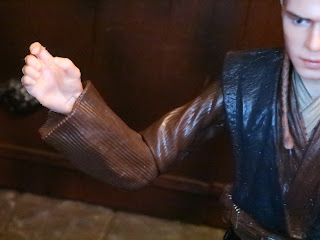 * I've reviewed quite a few Star Wars figures over the past few days that have used the older style of elbow articulation and I'm calling all of them out as it's really just frustrating to have this limited range of motion when Hasbro has been using such better elbows for a couple of years now. This is actually a new lower forearm so surely Hasbro could have done something better. 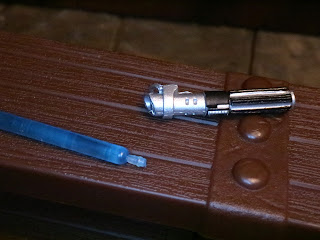 * Two things: First, the peg on the lightsaber feels extremely fragile. This has been a problem with most lightsabers in the line and I wish Hasbro would just offer up a standard lightsaber and a hilt, like they've done for years in the 1/18th scale line off and on. Second, this lightsaber isn't actually Anakin's from Episode II. It's actually Darth Vader's. They're very similar but the black ridges on the lower hilt don't go all the way up on Anakin's Episode II saber. 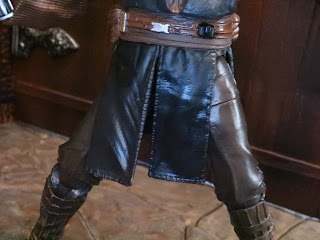 * It's really frustrating that Hasbro doesn't give every Jedi a robe (something I'm pretty sure they have said that they were going to rectify in the past) but what's even more egregious with Anakin here is that he's missing the fabric under tunic this outfit is supposed to have. The Episode III Anakin already had it, too, so this seems like a weird oversight on Hasbro's part. 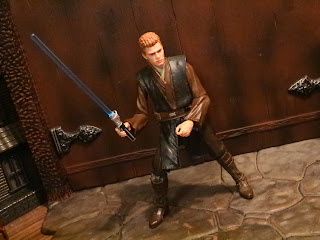 Honestly, I'm pretty disappointed in this figure. Ignoring the fact that he has the older articulation style due to being based on a previous release Anakin has the wrong lightsaber, no robe, and he's missing the fabric tunic that should be part of the tunic hanging around his waist. Maybe this guy just got caught between the end of Phase III and the beginning of Phase IV and was given less consideration. Still, he's a pretty Eh and a 1/2 figure that feels below what Hasbro is doing now. Why not give him some extra accessories such as the extra saber he duels Count Dooku with? This guy feels very half baked to me.