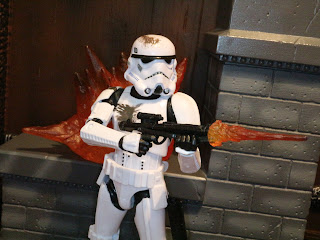 Like Captain Phasma (Quicksilver Baton), the Stormtrooper (with Blast Accessories) is another figure from Star Wars: The Black Series that appeared internationally before Hasbro ever even officially announced it. Unlike Phasma, the Stormtrooper doesn't have a planned US release. I picked this guy up at the same time I picked up Phasma and I'll be checking him out today. This is an interesting release as he seems to be Hasbro's attempt at a more deluxe figure that is released with some larger accessories. It feels like some sort of attempt to mix together the standard Black Series line with the Centerpiece Series. That could have worked but this figure ended up being a bit plane. Let's check out this Stormtrooper after the break... 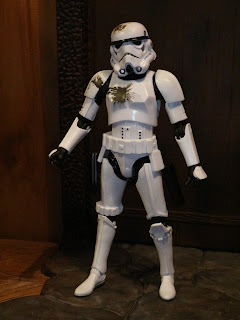 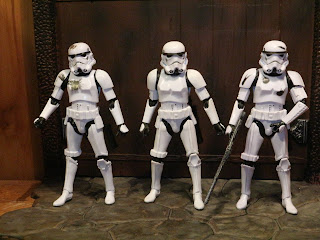 * Stormtroopers are the bread and butter of army building in the Star Wars universe and Hasbro has released lots of them in multiple colors. Of course, this guy will mostly be compared to the standard Stormtrooper release (in the center) and the battle damaged Stormtrooper from the 2015 Amazon 4-pack (on the right). This one is a bit more scene specific but the battle damage looks better. Otherwise, he's pretty much exactly the same with a bit stronger feeling plastic. 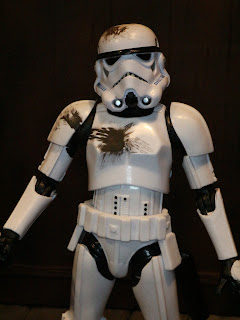 
* Again, if you've seen the standard Stormtrooper you know what to expect here. If not, definitely check out that review. The only real difference between the previous figures and this guy are the blaster marks on his helmet, chest, and right shoulder. The paint work does look pretty decent on these so I'd consider that a plus. At least you're getting something a bit different for your money. 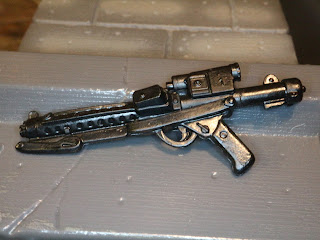 * Of course the Stormtrooper comes with the BlasTech E-11 blaster rifle, as that's the main weapon for the Imperials. It's the same as the version that has come with most other releases and it's still a decent sculpt. 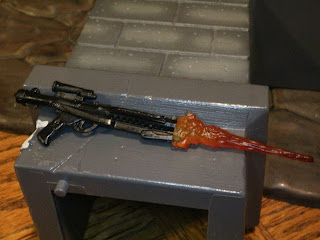 * One thing I really like about this figure is the inclusion of the blast effect. It easily fits over the end of the E-11 and gives the weapon the effect of firing. It might not be 100% screen accurate but it's quite cool and it reminds me of the blast effects and Force effects from the Attack of the Clones line. 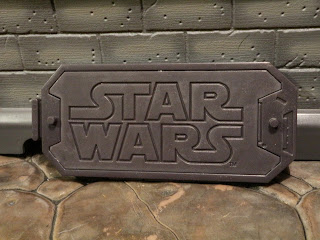 * Included here is something that really should be included with every figure in the Black Series: A display stand. It's actually made from two pieces (I'll get to that in a minute) and it features two pegs along with clips so multiple stands can clip together. Of course, since this is the only figure to have a stand, why does it matter if they clip together? 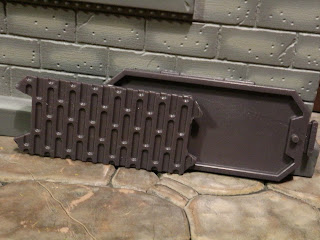 * The stand is actually reversible. The top side has the Star Wars logo while the bottom side looks like the flooring of the Death Star. It's a cool feature to have this reversible and it is definitely something I didn't notice right away. 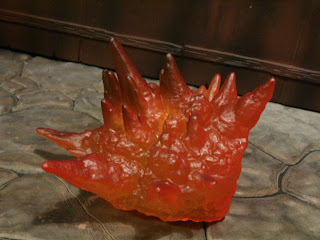 * Here's one of the more unusual accessories to come out of the Black Series: A random explosion. Molded in a translucent orange plastic with red and black effects this is a large explosion that can sit on the ground or on top of  a vehicle, I presume, so that you can pretend there is some chaos going on in your displays. 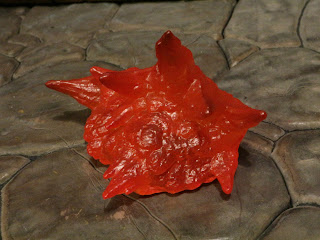 * The second explosion is a bit smaller but features the same effect as it also has different colors and a translucent paint effect. They kind of remind me of the explosions from the Centerpiece series statues but from what I can tell they are not the same pieces. Interesting. 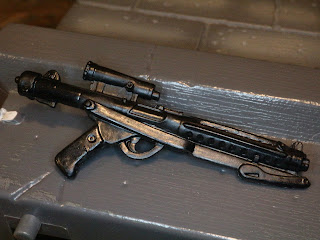 * Considering we've seen so many Star Wars figures come with weapons with some weathering on the weapons and some paint applications, it's odd that a figure really designed to be an accessory pack has such a plain blaster. 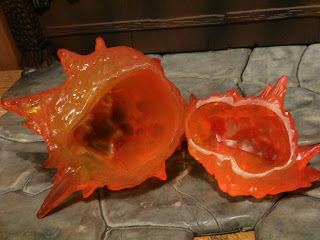 * The idea of the explosion effects is cool but other than just having them positioned on the ground or on a flat surface they're kind of lifeless. They're a bit to too small to look natural just standing alone 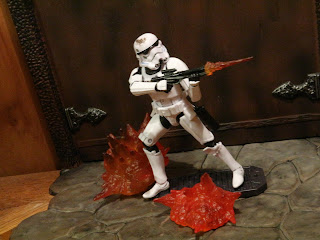 I like the concept of this release more than the actual release itself.  It's cool that Hasbro may be willing to consider releasing figures with larger accessories and more stuff at different price points but this guy is just a Stormtrooper re-deco with some fairly lackluster extras. I like the stand, but why only have one deluxe figure come with a basic looking stand? The explosions are cool in theory but they're kind of small. What is the intention? This guy is definitely an Eh and a 1/2 figure. Unless you're a completest on this line or obsessed with Stormtroopers, it's kind of an easy pass.