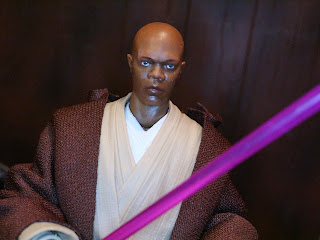 Over the past few months we've received a few figures that have seemed like extremely huge holes in the Star Wars: The Black Series collection. Padme Amidala, General Grievous, and the Battle Droid were all insanely welcome additions to round out the Prequel Trilogy roster and now we've got Mace Windu, another prominent Jedi to add to the ranks. Mace Windu was one of the first Prequel based toys ever released (he was a "Sneak Preview" mail away) and now, here we are at the 20th anniversary of Episode I, and I'm still getting excited over Mace Windu figures. While this Mace Windu is based on Episode II (based on the length of the sleeves of his robe), my guess is that most fans will be OK using this as an all around Prequel Trilogy as everything else is pretty similar. How crazy that thus far in 2019 there have been two figures of younger Samuel Jackson, huh? This one and the artificially de-aged version from the Captain Marvel toyline. Let's check this incredible Mace Windu figure out after the break... 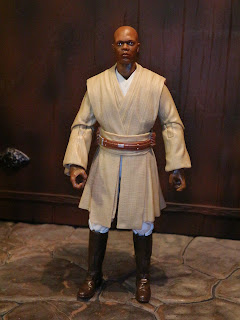 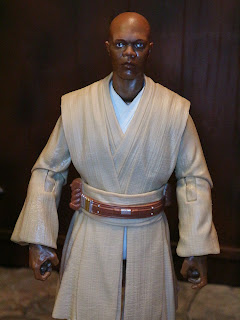 * Mace Windu is another slick looking figure in this line. Every time I pick up a new Jedi in this line I'm amazed that Hasbro isn't just cranking out figures of the Jedi left and right because they turn out so well. Mace is easily the best Jedi in the line at this point. His robes look excellent with appropriate textures on each piece and accurate details on his belt. 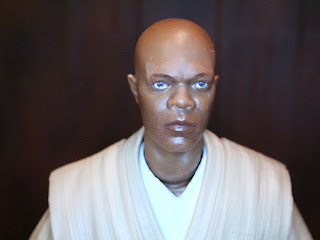 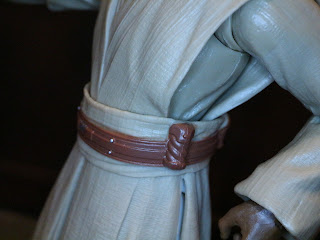 * Not only is Mace's outer tunic a separate piece over the torso (it looks great and adds to the Jedi's layered look) but it allows for better movement of the shoulders. 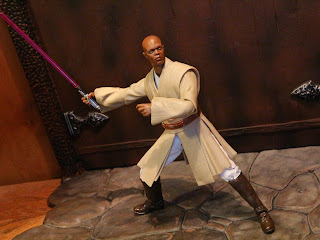 * Mace's articulation is awesome. Not only is he as solid and durable as any other Black Series figure but he has butterfly pectoral joints in addition to swivel/hinge shoulders and a balljointed neck and head. He moves great and is mega fun to pose. 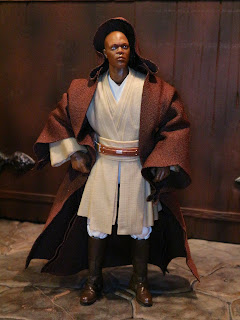 * Mace has a robe! A robe! One of the most baffling decisions about the Prequel Jedi figures is that they haven't included robes. That's essentially like not giving a superhero figure a cape! Mace's robe seems to be his Episode II robe as the sleeves are long, but not crazy long (the Episode III robe has some crazy, crazy long sleeves). The fit is great, he's still perfectly poseable with the robe on, and it looks fantastic. 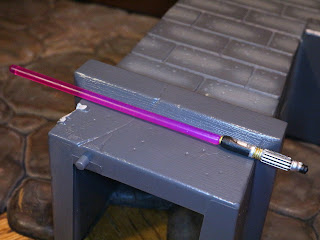 * Who doesn't love Mace Windu's purple lightsaber? Jango Fett; that's who! Everyone else digs it. It's a great looking saber with the standard detachable blade. The paint and sculpting on the hilt is excellent. 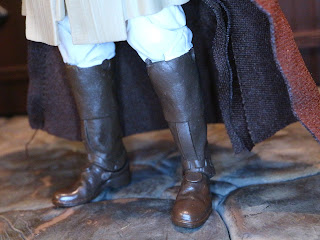 * The only negative I have on this figure is hard to see here but it involves the paintwork between the boots and the pants. The lower legs have a lot of brown showing through underneath the cream colored paint of Mace's pants. It's just a bit messier than I'd like. 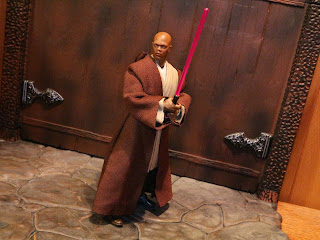 Mace Windu is another hit. Whether you need him to conduct Jedi testing, end parties, or just behead Jango Fett, Master Windu is up to the task. Excellent articulation, a great robe, and a killer likeness make for a Great 1/2 figure in this series. Mace very well could be the most popular figure from the newest series of Star Wars: The Black Series figures, so good luck hunting him down! He's worth the hunt. Now Hasbro: Let's talk about Episode 2 Anakin and Obi-Wan along with Kit Fisto, Aayla Secura, Shaak Ti, Luminara Unduli, and Plo Koon....