Road to Rogue One: AT-AT Pilot from Star Wars: The Black Series Phase III by Hasbro 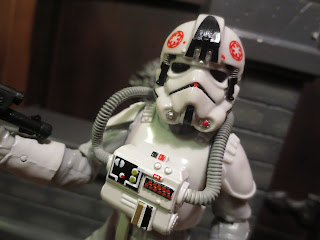 Today I'm going to start making my way through the most recent series of Hasbro's Star Wars: The Black Series figures, and yes, I realized I've skipped one; My series which consists of the Scarif Stormtrooper Squad Leader, Director Krennic, and Episode VII C-3PO are currently on their way to me. It's going to be a Star Wars figure packed December here and I love it! Today I'm checking out he AT-AT Pilot from the most recent series and, while I doubt we'll ever see a Black Series AT-AT, it's still cool to have this guy around to chill with the other Imperial troopers. Being an Imperial trooper from the Original Trilogy and having a figure in the vintage Kenner line definitely gives this guy some major street cred, right? Let's take a closer look at the AT-AT Pilot after the break... 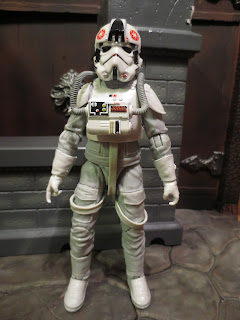 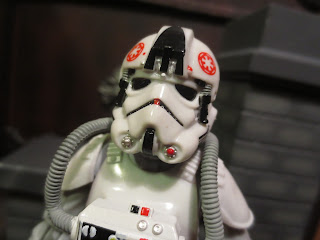 * The helmet is incredible on this guy. The paintwork is darn near perfect and every little detail is beautifully sculpted. The Imperial Cogs look awesome and their striking red paint really makes them pop. This is without a doubt one of the best helmeted heads we've seen in the Black Series. 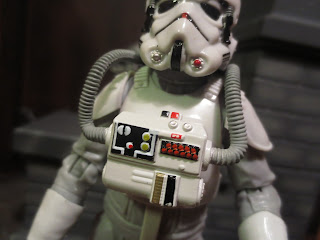 * The chest box and connecting tubes are also incredible. There's just so much insane detail here and while it might not be 100% accurate (although it certainly could be) the paint details are excellent. The tubes look really good, too, and they don't interfere with the movement of the head much at all. 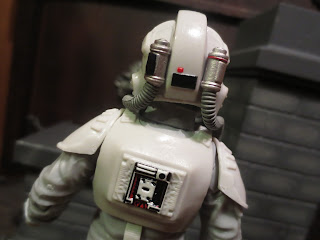 * Oh, and the back of the armor looks pretty awesome, too! Again, the sculpting detail and quality of the paint applications on the AT-AT Pilot is some of the best we've seen in the Black Series. I love the cylinders where the tubes go in. Maybe the sides of the circuit board/ back plate should be gold, but they're not jarring to look at or anything. 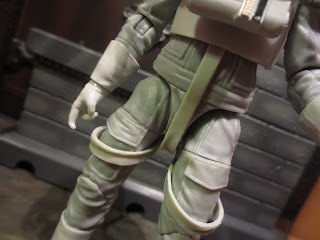 * The ejection harness is a separate, softer piece of plastic that hangs down over the thighs. It doesn't effect the articulation of the legs at all and it just looks really cool. 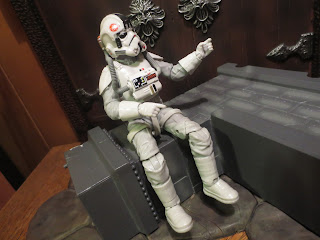 * Most of the articulation on the AT-AT Pilot is pretty good. His legs are excellent and move freely, uninhibited by his ejection harness. The mid-torso joint is also really solid. If Hasbro were to ever make a 1/12th scaled AT-AT then this guy could easily sit in the cockpit with no problem. Heck, just a "diorama" cockpit to hold two of these guys and an AT-AT commander would be really fun. 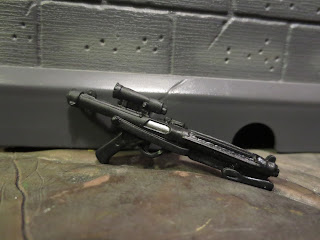 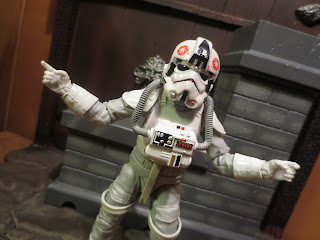 * Maybe this is one of those problems that couldn't really be avoided, but the AT-AT Pilot's shoulder pads really restrict his shoulder movement. I could live with that (begrudgingly) but the restricted elbows are even more aggravating. You can't even get a 90 degree angle of motion on them!

* Also, wouldn't it have been cool it Hasbro had thrown in a gun based on the vintage Kenner accessory? 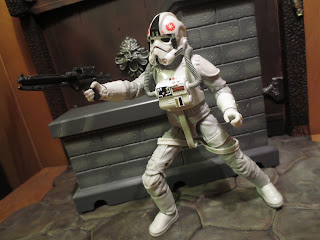 I am absolutely a fan of the Black Series and while the line has some faults, the armored troopers definitely are not one of them. Hasbro does done a killer job with the Imperial legions, Clones, and First Order troops since the line began and the AT-AT Pilot is another stellar entry in the line. I do wish Hasbro would sometimes be a bit more creative with accessories, perhaps including a blaster based on the vintage accessory from the Kenner line, but this is still a Great and a 1/2 figure. This series, including Sabine Wren, Darth Revan, Princess Leia, a Snowtrooper, and Old Ben, looks to be one of the strongest yet, so keep checking back for reviews of all of them.

This is the first figure of the AT-AT Pilot I've reviewed on Action Figure Barbecue. I've reviewed plenty of other Black Series figures from Phase III, though, including: