The Road to The Rise of Skywalker: Wedge Antilles from Star Wars: The Black Series Phase III by Hasbro 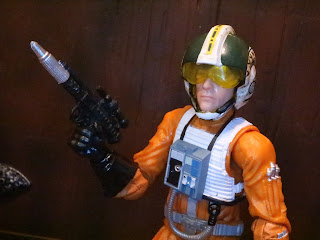 The premiere of The Rise of Skywalker is getting ever close and I'm still making my way through Hasbro's latest from the Black Series. Today I'm checking out Wedge Antilles, one of only a handful of characters who appeared in every film in the Original Trilogy. Wedge is an interesting character as he definitely is mentioned by name in A New Hope and The Empire Strikes and partied with the Ewoks in ROTJ, but I doubt most casual viewers would recognize him. Despite surviving all three major battles in the Original Trilogy, he really wasn't given much character until the Expanded Universe books and comics and his appearances in various video games throughout the 1990s and early 2000s. While he never had a vintage toy, Wedge has appeared in the modern Star Wars line a few times and it's nice that he's finally made his way into the Black Series (we've had his droid, R2-A3, since 2016). Let's check out Wedge Antilles after the break... 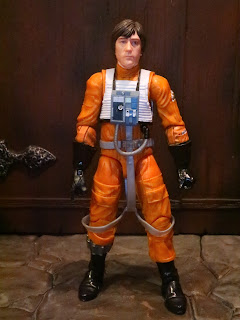 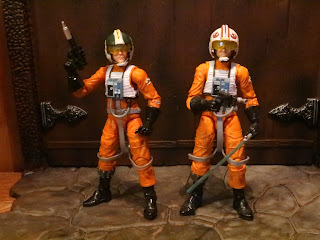 *On the left is Wedge Antilles while Luke Skywalker (X-Wing Pilot) is on the right. Wedge uses the same body as Luke with a slightly different paintjob. Luke is from the very first series of figures back in 2013 but the body and articulation are still quite good and I can't blame Hasbro at all for this. Again, I'm surprised we haven't seen a few more of the X-Wing pilots from ANH yet. 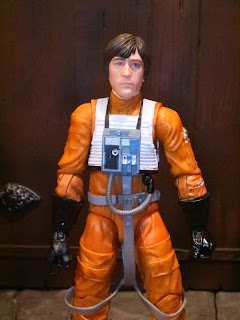 * Wedge looks like Wedge. While he's in his Snowspeeder duds in The Empire Strikes back, in ANH and ROTJ we see him in his X-Wing gear, so Wedge could probably work for either of those films (his hair's a bit shorter in ROTJ, though). This is a detailed sculpt and really shows off Hasbro's attention to detail here. I'm sure there are some minor, minor differences between this outfit and Wedge's movie outfit but this is a stellar body and I doubt anyone will be disappointed. The biggest difference color-wise is that the harness straps that hang around Wedge's legs are silver, whereas Luke's were gray. 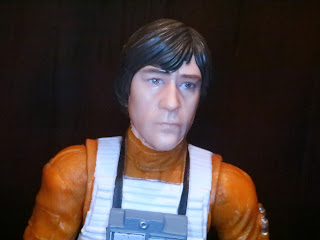 * The headsculpt is quite good and eerily realistic. Did you know Wedge was played by three different actors in ANH? There's Dennis Lawson, who played Wedge during the Death Star attack and in TESB and ROTJ, too (he's Ewan McGregor's uncle!) but there was also Colin Higgins, who played Wedge during the Death Star briefing. He's referred to as Fake Wedge, though, and now in-canon is actually a new character named Col Takbright. Oh, and the third? Well, Wedge's lines in ANH were rerecorded by David Ankrum to give him an American accent. Weird, huh? 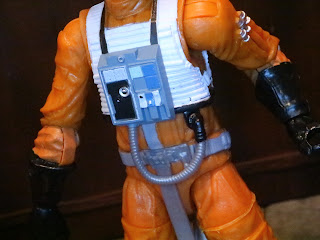 * Seriously, the detail on the chest panel is still pretty good. I love the little hose that runs from it and connects to under the vest, too. 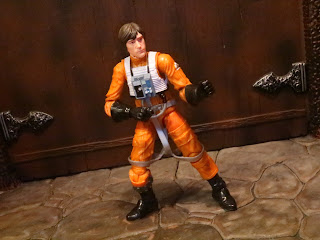 * The articulation here holds up well. While Wedge is restricted a bit by the harness straps that hang down over his legs that is an accurate part of the costume. He can still sit down and can take most poses. I'm sure you can pose him in any way you saw Wedge in the Original Trilogy. 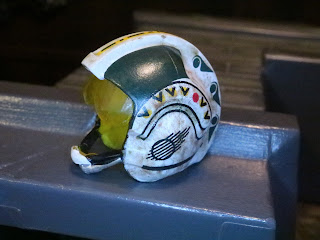 * Wedge's helmet is very nicely done. It fits on his head well, has translucent yellow goggles, and is covered with painted details. It's a really nice accessory and seems to be perfectly screen accurate so far as the paint details go. 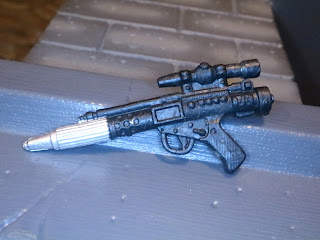 * While Wedge doesn't use a blaster in the films, Hasbro did give him one just for fun. He comes with a DH-17, which also came with Lando and the Rebel Trooper. 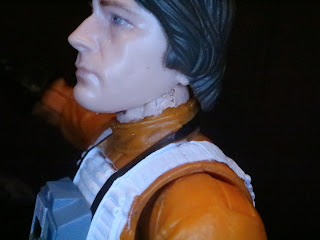 * Since Wedge uses an older body, he has the weird, visible neck hinge that most of the Phase 1 and 2 figures had. That's not terrible in and of itself but edge has some ugly looking paint apps on his neck. Ick! 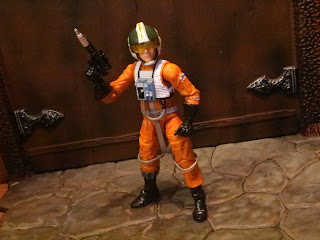 Wedge Antilles is a Great release in the Black Series. He might not be the most exciting figure, as there is a lot of reuse here, but for fans of the OT Wedge is definitely a vital character. As a kid, the Micro Machines and POTF2 Wedge figures took part in all of the adventures with the main crew, so I'm glad to have him in the Black Series finally. It really would have been cool to give him an alternate swappable Fake Wedge portrait, but I'm still content with what we got. Here's to Wedge Antilles! An unsung hero of Rogue Squadron and the Rebel Alliance!