Road to Rogue One: Sabine Wren from Star Wars: The Black Series Phase III by Hasbro 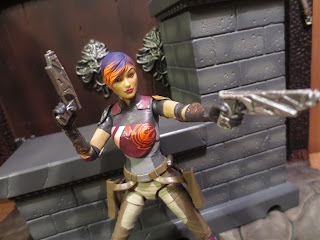 More than any other faction or team in the Star Wars galaxy, I want Hasbro to complete the main Rebels crew. We've already received Kanan Jarrus (and Ahsoka Tano, although she's not part of the Ghost crew) and Sabine Wren makes the second member we've received. Arguably my favorite member of the Ghost crew (probably tied with Zeb and Chopper), Sabine has turned out to be one of the finest figures in The Black Series released to date. Ready for a closer look at this incredible figure? Then join me after the break... 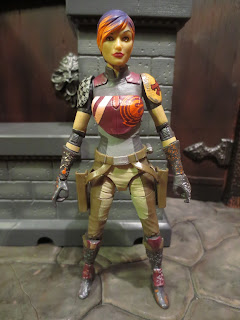 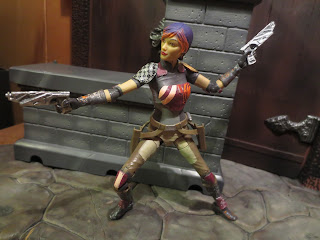 * Sabine has some of the best articulation of any figure in the Black Series. While she doesn't have more joints than the average figure, they just work spectacularly well. All of her joints have an excellent range of motion while her shoulder pads are molded in a rubbery material that doesn't hinder the shoulder movement in the least. She's incredibly fun to play with! 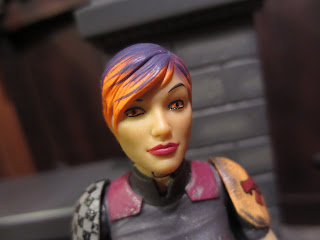 * If there's one thing on this figure I'm a bit iffy on, it's the headsculpt. When dealing with characters from cartoons or video games in the Black Series, Hasbro has attempted to render them as if they had appeared in films. That means that Sabine doesn't exactly resemble her Rebels counterpart and is an interpretation. I like the paintwork and the design, although she doesn't fair as well as Kanan did in translation. 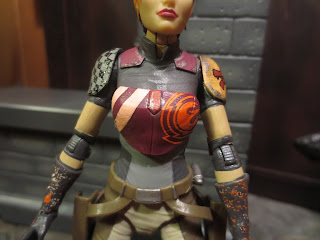 * Sabine's armor just looks incredible. I love her character design and Hasbro did an incredible job with it here. The paint is just so vivid here, yet it also manages to still have the "lived in" look of the Star Wars galaxy. 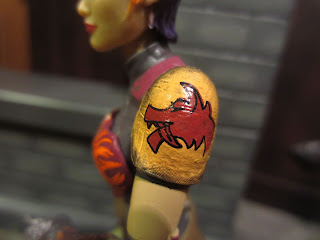 * Sabine's left shoulder armor is not only flexible but it also features an excellent stylized hound. The paint looks incredible and it looks very natural and painted, not at all manufactured. 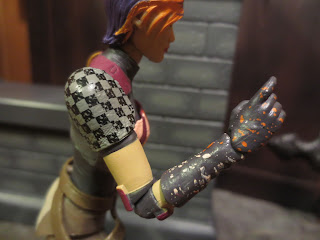 * Here's a two-for-one: A closeup of Sabine's right shoulder pad with a checkered design and a look at the excess flecks of spray paint on her gloves. Sabine very well may have the best paintwork of any figure in the Black Series. I literally have every figure in the series (except for the Han Solo in Carbonite accessory and Salacious Crumb) and I'm not seeing anyone that truly stands out as rivaling her. 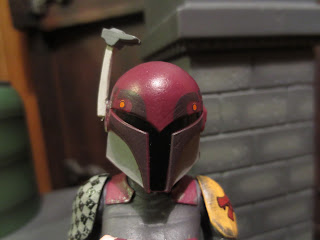 * Sabine's Mandalorian helmet looks incredible. The paintwork is fantastic all around and the fit is perfect. It looks just right on her head and perfectly completes the character's appearance. 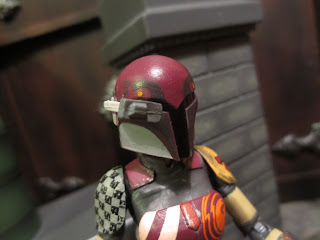 * You know what Sabine has that Boba Fett and Jango Fett don't? A functional rangefinder! Yup, Sabine's rangefinder actually pivots up and down. It looks really cool and works perfectly. 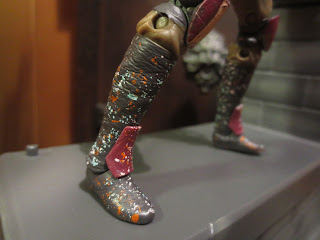 * Check out her boots! Like her gloves, Sabine's boots are covered in an awesome spray decoration that shows off all of the time (and excess paint) Sabine must spend honing her graffiti skills. This looks incredibly cool in person and just adds another layer of depth to the figure. 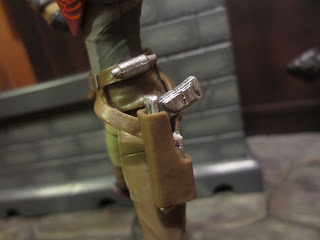 * I'm always pleased that the Black Series features functional holsters and Sabine's are some of the best. Not only do they nicely hold her two WESTAR-35 blaster pistols but they also attach and detach from her legs to preserve her articulation. There is a peg on the back of each holster that fits in a small hole on her hip. It really works well to make the holsters sit right when resting, but allows them to move freely when taking more extreme poses. 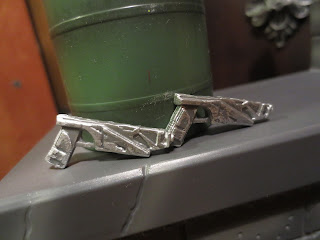 * Here's a closeup of Sabine's dual WESTAR-35 blasters. They fit perfectly in her hands and just look incredible. They have a nice weathering effect added to them to, which helps to bring out the detail and give them a grungier feel. Seeing these really makes me want a Pre Vizsla too. How cool would that guy be in the Black Series, right? 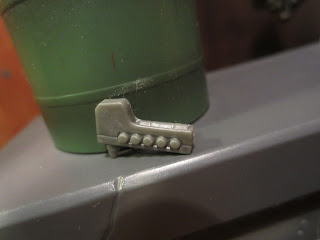 * Sabine's fourth and final accessory is her airbrush which she uses to paint stuff and spray Rebel graffitti everywhere. It's a simple accessory but the sculpt is decent and it fits great in either of Sabine's hands or in one of her holsters if she's too busy using her blasters. It's really a cool character specific accessory that could have been easily left out, so I'm really glad that Hasbro included it. Little stuff like this included with a figure really make a release feel special. 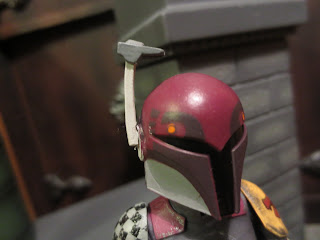 
* I'm certainly not at all concerned with breakage as the rangefinder feels fairly sturdy, but it definitely is a little bent. It's not terrible but certainly noticeable. 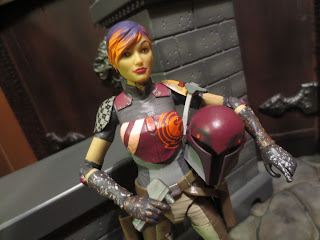 Not only is Sabine the best figure in this series, she might just be the best figure in the Black Series as a whole. That's quite a claim as there are some incredible figures throughout the line's now 3+ year run, but I don't think it's an exaggeration that Sabine is at least in the top 5. So far the Rebels figures have all been knock-outs and Sabine is another truly Epic figure. Darth Revan is cool and the Snowtrooper and AT-AT Driver are definitely worth having, but Sabine is the highlight of this current set. 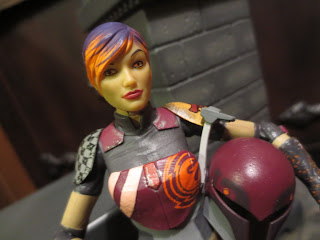 I'm a Sabine fan and, if you are too, you'll be interested to know that I've reviewed a couple of other Sabine toys on here so far: The two pack of season one  Sabine Wren and a Stormtrooper, the single carded season 2 Sabine Wren, and the Walgreens' exclusive masked Sabine POP! vinyl.


If you're looking for more figures from Star Wars: The Black Series Phase III, check out the following: