The Christmas/ Advent Season is in full swing and I'm spending it decorating trees, singing carols, and watching every version of A Christmas Carol I can get my hands on. How about you? How are you celebrating the holiday season this year? This past week we've played a lot of games at my house, so this installment of Barbecue's Bonfire is loaded with lots of games. Of course, I've just got to talk about last week's episode of The Mandalorian, right? Yup.

We're all pretty convinced that Chapter 13: The Jedi is the best episode of The Mandalorian yet, right? Wow. This episode was better, more cinematic, and more meaningful to me than both TLJ and ROTS combined. This is the kind of stuff I wanted to see in the prequels and Dave Filoni delivered. We get a name for baby Yoda (Grogu), the promise of more Jedi, some amazing fight scenes, references to Knights of the Old Republic, and Rosario Dawn absolutely delivering as Ahsoka Tano. Seriously, she did an amazing job. I had always hoped that Ashley Eckstein would one day get to play Ahsoka in live action but Rosario Dawson was amazing and nailed the role of an older Ahsoka. Fantastic casting! So, who do you think the Jedi will be that Din Djarin brings Grogu to? Could it be Luke Skywalker, maybe de-aged a bit? Some other options could be Cal Kestis, Ezra Bridger, Cere Junda, or Mace Windu. Yeah, Mace Windu. C'mon, how could would it be to bring him back? He could have survived the Darth Sidious' attack and could still be out there in hiding somewhere. Who do you think we'll see?
More stuff, mostly about games and such, after the break... 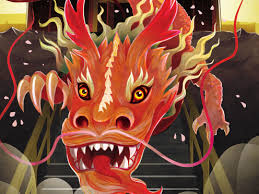 I've previously talked about my love of the Unlock series of "escape" games and this past week we finished the last two games in the most recent Epic Adventures box. First up is The Dragon's Seven Tests, which might be my favorite of the games in the box. Colorful graphics and clever puzzles make this quest to join the Gold Dragon's Temple a pleasure to undertake. This one has many riddles and while the puzzles were challenging, most of them can be worked out with some thought. There is a bit of a riddle at the end that kind of seemed unfair, or at least too loose for my taste, but otherwise this one is my pick for the best game in the box (followed closely by The Seventh Screening). 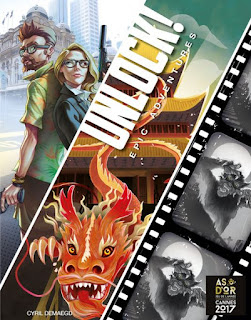 The third game in the box is Mission #7, a spy themed game that has a 90 minute timer two separate decks. This one feels like more of a traditional room escape game as you're breaking into a double agent's safehouse to uncover their identity. I really liked this one and found it quite challenging. There were one or two puzzles that seemed a bit obtuse but overall this one added a third winner to the set. It does have a lot of puzzles that rely on machines, though, and so only one player at a time can work on a puzzle. This kind of bottlenecked things, especially since my daughter wants to hog my wife's phone when we play. We didn't make this one in time (we were about 13 minutes over) but we did complete it. There are a couple cool play gimmicks such as the use of X-ray glasses via the phone's camera and having four characters with different abilities that can combine with various cards in the deck to solve puzzles and challenges. 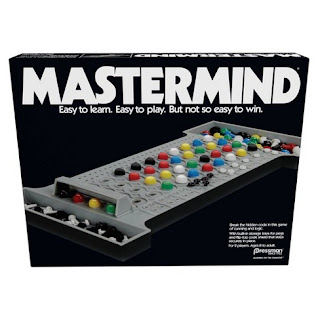 Another game we've been playing over the last week is Mastermind. I picked up this from Target a week or so ago for around $7 to play with my daughter who loves solving puzzles. She's been playing it off and on with me and with my parents and she seems to really enjoy it. A friend of mine had it when we were younger so I think that's how I was familiar with it. Essentially, one person creates a secret code of 4 colored pegs and the other tries to guess the code. The codemaker uses white and black pegs to tell the codebreaker how many correct colors and positions there code has each round. It's very simple but quite fun for a few rounds if you're looking for something short for two players. 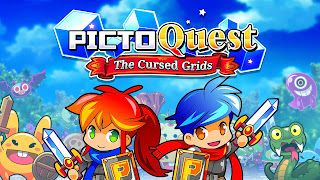 I finished a video game this past week, too! Just last week I downloaded PictoQuest: The Cursed Grids for Nintendo Switch. I'm a fan of nonograms/ picross and the chance to play some with an RPG flavor was a welcome treat. The game is rather brief, containing around 100 picross puzzles, all of which have a fantasy theme to them. There's not too many RPG elements though you do earn gold which you can use to buy basic items to help make puzzle solving easier. There are also battles that utilize completing rows and columns of the puzzles to damage enemies and stop them from attacking you. There's nothing terribly in-depth here and the story is incredibly basic (and forgettable) but the music and the flavor of the theme make solving the puzzles more enjoyable.

Last, but most certainly not least, let's check out the most popular reviews of the past week. This wee we've got:
Jango Fett (Star Wars: Bounty Hunter) Star Wars: The Black Series roared up to the top of the list like a Mandalorian with a jet pack! While he's mostly a repaint with the new facial printing he's a superior figure to the previously released Jango. Hasbro has been putting out some interesting figures in their GameStop exclusive Gaming Greats subset and Jango Fett from the 2002 game Star Wars: Bounty Hunter seems to be one of the most popular.

Teela from Masters of the Universe Origins is on her fifth week and while she's not at the very top she's still near it! What can I say? Teela's a beloved character from one of the greatest properties of them all! I think she's the best figure in the line so far and a worthy successor to the vintage toy.

Raphael from Teenage Mutant Ninja Turtles Ultimates is on his fourth week on the list and he's proof that major league butt-kicking never left. Turtle Power is still strong after all these years and Super7's new line is perhaps the most radical yet.

Evil-Lyn from Master of the Universe Mega Construx is also on her fourth week on the list. The Mega Construx line seems like it's doing well and Evil-Lyn is a popular lady, so I expect her to hang around a bit. I've been reviewing some other figures from the line this week, too, so we'll see if those prove to be as popular. Recently images of more upcoming single figures were released, giving us a glimpse of more cool stuff that Mega Construx has to offer.

Baroness with Cobra C.O.I.L. from G.I. Joe: Classified Series is on her third week. The G.I. Joe: Classified Series is extremely popular and the Baroness is a highly desirable character. Don't discount a bad lady in leather and wearing glasses is the moral here, I guess. With more great figures on the way but no standard release for Baroness in sight this one seems destined to stay popular.

Scout Trooper from Star Wars: The Black Series is another one of the GameStop Gaming Greats figures from the Black Series, this time based on one of the enemies from last year's Jedi: Fallen Order. This guy has a fair amount of new tooling and some new accessories, making him a pretty desirable release from a subset that's usually made of repaints.

Well, that's all for this week folks. Stay warm, watch Star Wars and every version of A Christmas Carol you can find, and look for ways to make the holiday season better for those in need! Peace!