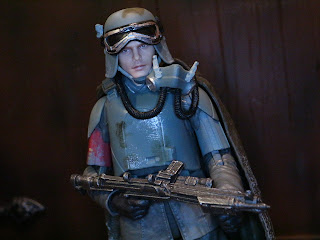 I finally got my hands on the final figure from the latest series of Star Wars: The Black Series figures from Hasbro thanks to a GameStop preorder: Han Solo in the Mudtrooper outfit he wears on Mimban. Solo had some of the best costume designs of any of the Disney era Star Wars films and the Mudtrooper design was a great design that managed to expand the Imperial legions while still hearkening back to the Original Trilogy sensibilities. Hasbro continues to improve the Black Series and this version of Han might easily be one of the best figures ever released in the entire series. Not only is this an incredible Han Solo variant but it also can be used as an army builder as well. Let's check out Han Solo (Mimba) after the break... 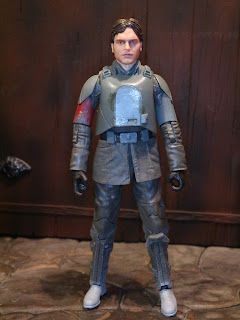 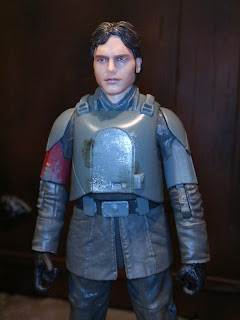 
* Han looks incredible. He's easily one of the most detailed most realistic looking figures in the black series. I love the outfit; it looks like it actually does consist of multiple different outfit parts such as armored plates, a belt, and various types of material. The paint work is excellent with lots of weathering and wear and tear. Seriously, what Hasbro can do in this scale and at this price point is amazing. 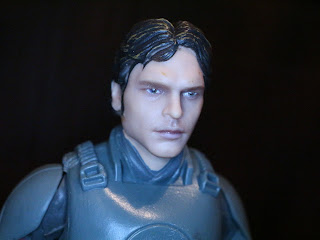 * The portrait is fantastic and looks just like Alden Ehrenreich. Hasbro didn't just reuse the portrait from the previous young Han Solo figure, though. This is an all new portrait featuring Han looking a bit worn, not so happy, and with hair messed up by his helmet. The face printing method continues to impress and looks flawless here. 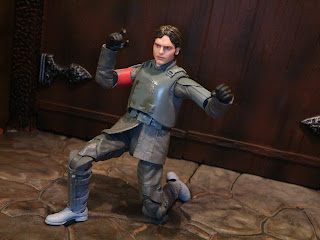 * Even with all of his armor and the thicker outfit, the articulation is pretty darn near perfect on this one. Hasbro has a great articulation model for the Black Series and it feels like just the right mixture of form and function to make these figures fun to pose while looking great on display. Han is insanely fun to play with and looks great in any number of poses. 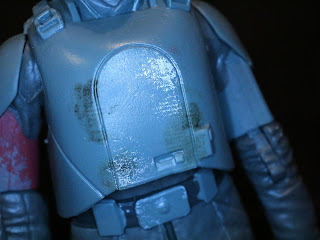 * The weathering and paintwork is excellent, especially on the armored pieces. This is really nice work. 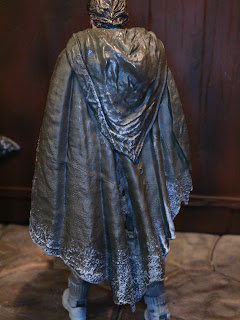 * The cloak isn't soft goods; it's just plain plastic. It looks good, though. Nice sculpt with a fair amount of detail and a lot of paint weathering to show off the amount of junk this thing has gathered in the trenches. 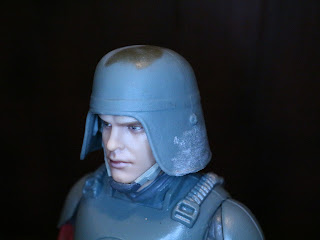 * Han's helmet fits him really, really well. This is such a nice accessory and, of course, it really will remind you of General Veers' helmet. The paint work and fit of the accessory are top notch. 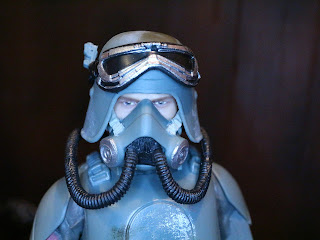 * The goggles and respirator mask are two separate pieces that fit extremely well over the helmet. What's even cooler is that you can position them so that Han's face is completely hidden, turning him into a nameless, faceless grunt. The backs of the respirator tubes plug into a backpack unit on the back of the armor easily and stay put securely. 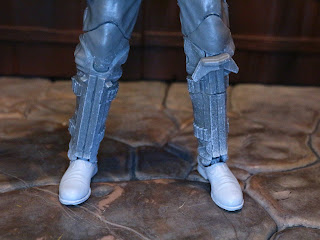 * Han's boots are pretty cool. I like the unusual design of them. I also like the weathering on the boots and up the legs. There really is a lot of solid paintwork here, particularly for a $20 dollar mass market figure. 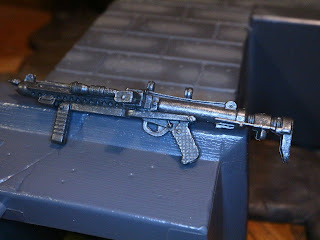 * Han's blaster rifle is incredible. I believe it's a Blastech E-10. The long gas cartridge and the forward grip absolutely make this an impressive, nasty looking weapon. The paintwork has a drybrushed effect as well. 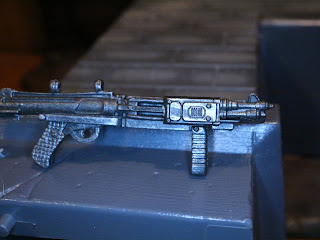 * Furthermore, the E-11 has a target designator or something attached to the front right side. It is not only removable but it can actually slide forward and backward. Anyone have more info on this really cool piece? 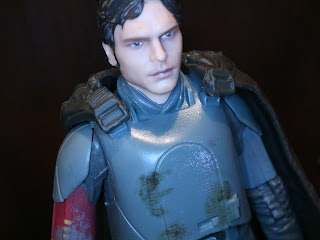 
* My only complaint is that the cloak really doesn't attach to the armor. The cloak straps are meant to rest over the armor straps at the top, which they do, but it doesn't keep them on there securely. 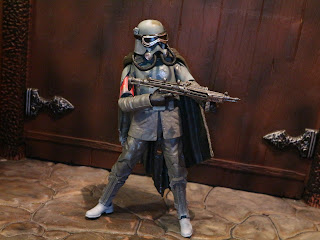 I'm really, really thinking about this but I honestly think this could be one of the best Star Wars: The Black Series figures yet released. Maybe top 5 in the line? Everything about this figure is just so well done and while I do like this version of Han, I think that even someone not attached to the character would probably be impressed by the figure. Pure Epic. This really makes me excited for what Hasbro has in store for Episode IX and the year after. They just keep releasing better and better product and Han Solo (Mimban) is absolutely the best of the best.

For more Star Wars: The Black Series figures, check out the following:
Posted by Barbecue17 at 5/20/2019