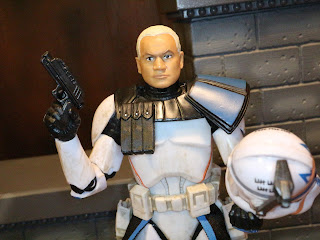 In September Hasbro held their first Hascon, a convention which celebrated some of the various properties and licenses they produce toys for. Since Star Wars is such a huge part of Hasbro, they made sure to have their own Star Wars exclusive action figure at the convention. Clone Captain Rex (AKA: CT7567) is the 2017 Hascon exclusive and, like most other Black Series convention exclusives, he's kind of a prerelease. It seems that Captain Rex will be released in a Black Series assortment sometime next year in less elaborate packaging with fewer accessories but sporting a new headsculpt that takes advantage of the facial printing technology Hasbro has been using in the Marvel Legends line. Rex's prices have been jumping up to some fairly ridiculous levels but last week he was available on Hasbro's website and I managed to grab him. He's a really good figure but, unfortunately, he has some bizarre weaknesses that bring him down a bit. Let's take a closer look at this fan-favorite character from The Clone Wars after the break... 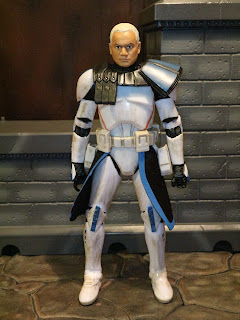 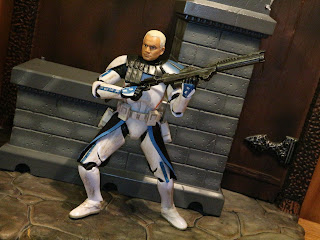 * Captain Rex utilizes much of the body of a standard Clone Trooper figure, meaning he's durable and nicely articulated. His hips are restricted a bit by his holsters but his shoulders have the improved range of motion due to the pauldrons sliding into the torso for more range. 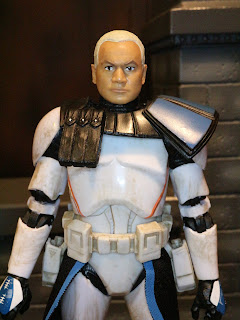 * Rex is an extremely impressive looking figure. There are lots of small details that really make the figure pop and add to the deluxe feel of this release. The paintwork is also impressive all over. 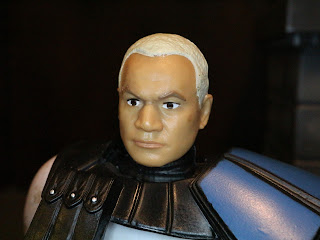 * Rex is the first unmasked Clone Trooper we've received and I think Hasbro did a nice job of capturing his appearance while also translating it into the realistic style of the Black Series. Has Rex appeared in live action (or has he?) this is how I'd expect him to look. It will be interesting to compare this headsculpt to one being released next year that is supposed to include facial printing. 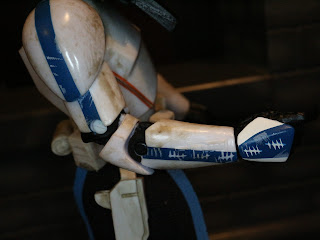 * Besides the incredible weathering Hasbro has given this figure, one of the most striking details you'll see here are the various tally marks Rex uses to track his kills. They're all over his armor and, while the numbers seem a bit low if they're referring to regular Battle Droids, they still look pretty daunting. Alternatively, Rex may also have been trying to take on the Silence from Doctor Who as well. 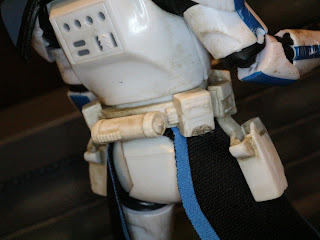 * There are so many different paint applications and details on Captain Rex. He's an extraordinarily interesting figure to look at. 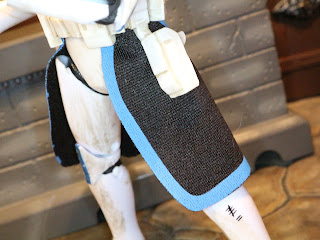 * Rex's kama is made from soft goods and hangs nicely around his hips. 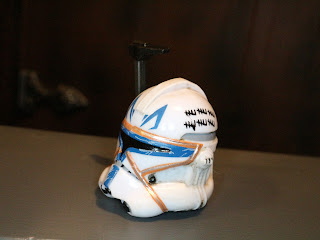 * Rex's distinctive helmet is a thing of beauty, too. Tally marks, welding lines (since Rex bashed elements of the Phase II armor onto his Phase I helmet), and a unique paint application help Rex to stand out like the boss that he is. 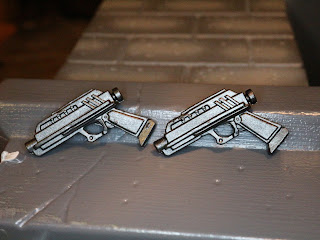 * Rex includes a new blaster type for the Black Series: The DC-17 blaster pistol! Rex includes two of the pistols he famously dual wields and they look great. The sculpt is so nice and crisp! 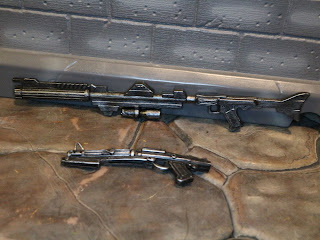 * Hasbro hasn't officially confirmed that the mass market version of Captain Rex next year won't include both of these blasters but they did state that the Hascon version would include exclusive accessories. While we've seen the DC-15 and DC-15A with plenty of other Clones, these two accessories have a much nicer paintjob than the rest. 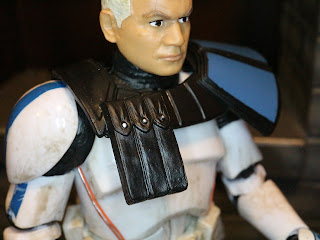 * Rex's shoulder pads and ammo pouch look awesome but the fact that they're not glued down in the front (only in the back) does mean that it tends to flare out a bit more in the front than is preferable. 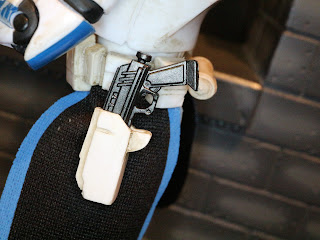 * Rex's DC-17s really have a hard time fitting in his holsters. The holsters feel just a little too tight. If you manage to get them in there all the way, it takes quite a bit of force to yank them out. 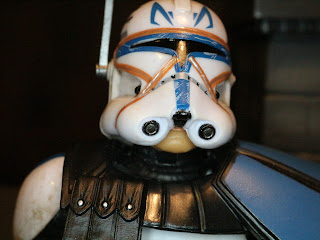 * This isn't me being funny with the helmet; there really is a gap at the bottom of the helmet that exposes Captain Rex's chin. If you have his helmet all the way down and his chin tucked down it is less noticeable, but you'll see it in other positions. I kind of wish that Hasbro has maybe went with swappable heads. 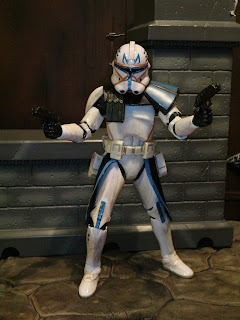 I was blown away by Captain Rex right away as there is so much awesome about this figure. As I really began to play around with him and pose him, however, I definitely began to find some weak spots in the figure. The helmet not fully covering the head, the flared out shoulder armor, and the overly tight holsters all do detract from the figure's appeal a bit. I love the figure, but it definitely is flawed. Still, he's a Great figure and well worth picking up. If you do miss out on getting the HasCon Captain Rex at a good price, it's probably advisable to wait for the 2018 basic release. Maybe he'll have some of the flaws of this release fixed.


The only other Captain Rex figure I've reviewed on the site is the Funko POP! version of Captain Rex from Rebels.