This is the Way: Teebo (Ewok) from Star Wars: The Black Series Phase IV by Hasbro 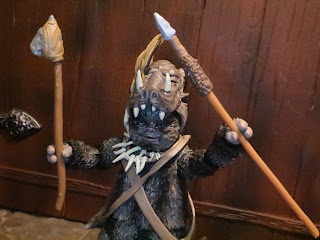 It's taken until 2020 for Hasbro to finally offer up an Ewok in Star Wars: The Black Series and I'm quite curious to see if they're going to be pretty sparing with them (like the Cantina aliens, who they've really neglected) or if they'll go all in like they've done with Clones and Imperial Troopers. I could see the Ewoks being able to utilize more shared parts, so maybe we'll end up with an Ewok army in the next year or so? Paploo was included in the Hasbro Pulse exclusive Heroes of Endor so Teebo, who I'm checking out today, is the first Ewok you can just go to the store and pick up. That's kind of cool to me because Teebo was the first Ewok figure I had as a child. How cool to be 37 years old and still being impressed by Teebo figures, huh? Teebo's a pretty tough looking Ewok and was an influential member of the Bright Tree tribe, getting other Ewok tribes to join the battle against the Empire on Endor. Let's take a look at Teebo after the break... 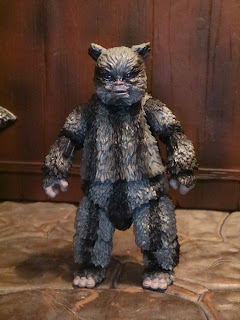 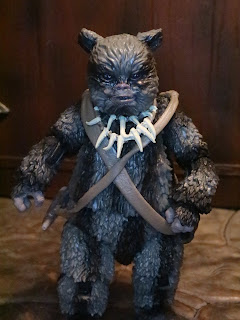 The Positives:
* Teebo turned out to be a really cool figure. While the Ewoks are certainly shorter than your average figure Teebo still feels fairly substantial. His fur is really cool with a very interesting texture that makes him actually appear covered in fur. It's a really nice visual effect! He's also sporting some gear such his harness and a bone necklace around his neck which adds to the visual flair of the figure. This guy is ready for battle for sure! 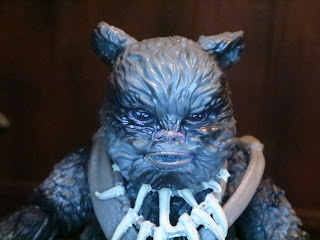 * Teebo looks pretty tough. I mean, you don't usually equate Ewoks with being tough at first thought but most of them are pretty capable warrior. Teebo absolutely looks like the kind of Ewok who is not taking crap from any Imperials, right? He's fierce and adorable. 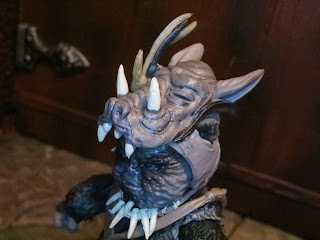 * Teebo actually has two slightly different looks in Return of the Jedi. Sometimes he has a hood hanging down over his necklace and shoulders while at other times he's wearing this pretty intimidating looking animal skin hood. The paint on this is incredible as it really looks like a piece crafted together from animal skin, teeth, and feathers. 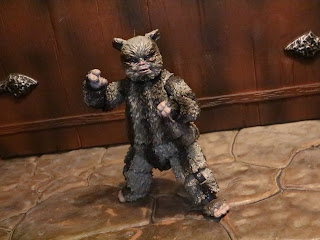 * While he's smaller than most other figures in the line Teebo is still quite well articulated. He's not missing too many points of articulation. In fact, you shouldn't have much trouble getting him into any number of crazy Ewok battle poses. This guy is ready for a fight! 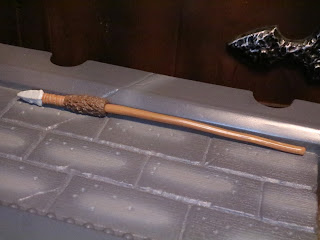 * To equip him for battle Teebo comes with a nice assortment of weapons. First up is his spear. It's a simple spear but the details lie the stone tip and the furry grip in the middle definitely capture the primitive but well made nature of Ewok craftshipman. 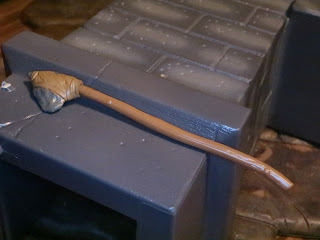 * Teebo also comes with a tomahawk, just like the vintage figure. It's nicely painted and you can see the different textures of the different components it's made of. 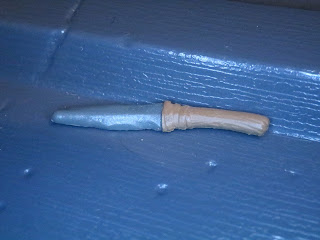 * Last up is a stone bladed knife. It's simple but effective. 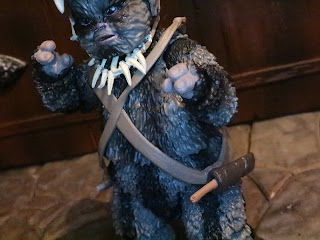 * Teebo has a small sheathe attached to his harness so he can tote around the knife. 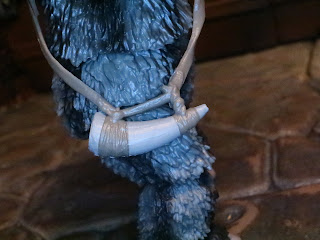 The Negatives:
* Look! Teebo has the horn he blows in Return of the Jedi! The horn isn't removable, though. Seriously, in the 6-inch scale this should have been a removable accessory. That would have been awesome. Alas, disappointment. 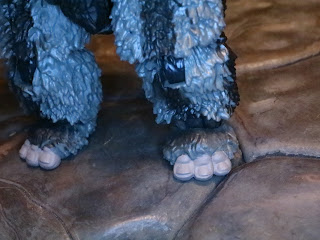 * The sculpt of Teebo's fur and toes is nicely done but there's a very noticeable gap between his feet and legs. It looks kind of odd. Not a deal breaker or anything but definitely just a bit off. 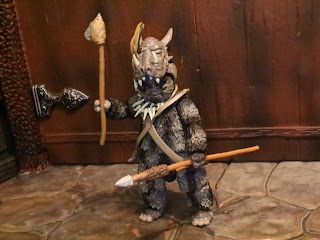 So far the Black Series: Phase IV has offered up some of the strongest releases in the line to date and Teebo is absolutely another winner. Getting a smaller figure in a toy line often feels like you're getting ripped off but Teebo comes with quite a few accessories which makes him feel fairly deluxe. Honestly, I think he's easily worth the standard price tag. He's a Great and a 1/2 figure and the first in what very well might be a long line of 1/12th scaled Ewoks to populate your shelves.
If you're a fan of Teebo you may want to check out my brief look at the vintage Kenner Star Wars: Return of the Jedi Teebo.
For reviews from Star Wars: The Black Series Phase IV check out the following:
Admiral Ackbar
The Armorer
Cad Bane
Darth Vader
Garazeb "Zeb" Orrelios
Han Solo (Endor)
Incinerator Trooper
Luke Skywalker (Endor)
The Mandalorian
Princcess Leia Organa