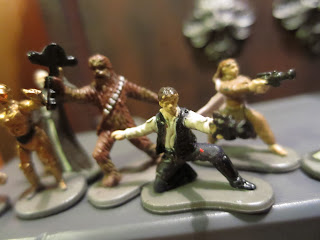 I've definitely been rough on Hasbro attempt at Micro Machines over the past week or so; part of that is because I hold Galoob's original Micro Machines line in such high esteem. Beginning in 1994, Galoob began creating one of the best Star Wars product lines of all time. Each vehicle, microfigure, and playset was so lovingly crafted and clever that few Star Wars lines can match them. Today as part of a social experiment (and, y'know, collecting) I've went back and picked up one of the Star Wars Micro Machines sets I've never owned before so I can try my best to give this set an unbiased look without being overpowered by the lenses of nostalgia. To supplement the main line and the playsets Galoob released a number of figure sets which included nine separate figures. While most were army builders (Ewoks, Stormtroopers, Rebel Pilots, etc.) a couple of the later sets features named characters. One set released by Galoob around 1996 was called Classic Characters and featured nine figures of the main Star Wars cast originally released in a number of different playsets. These figures were simple reissues, though, so it was surprising when Galoob reissued the set with nine completelt new figures. Released in the mid-late 90s, this set might represent Galoob at the peak of their minifigure sculpting. Ready for a closer look at a very cool Star Wars set? Then join me after the break... 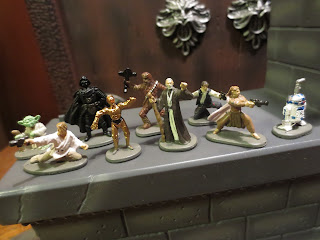 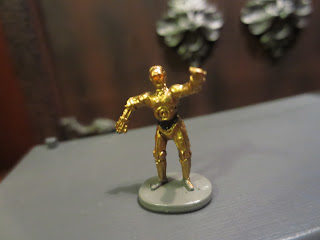 * C-3PO was released a few times in the Micro Machines line but it seems like each time Galoob was able to do something cool with him such as having hi carrying one of his limbs, strapping him to Chewbacca's back, sitting him in the Ewok throne, or placing him in a box as a pile of scrap. This is an incredible sculpt of C-3PO with some really nice paint work, although the pose is a but odd. Is he...dancing? 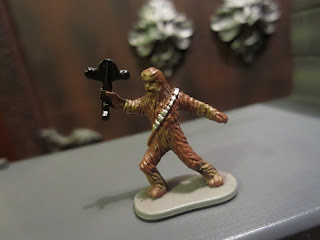 * Chewbacca is another character who received a few different minis in the Micro Machines line. I really like this one though because not only does it actually have different colors of brown in the fur but it makes Chewie look really angry. He totally looks like he's about to get into a brawl of some sort, y'know? He pretty large, insanely furry, and swinging his bowcaster like nobody's business. Notice how you can even see each cartridge in his bandolier? I'm pretty sure that Galoob was employing elves to sculpt these toys. 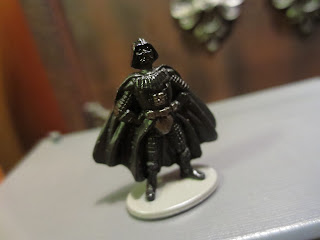 * Did any character get more figures than Darth Vader in the Micro Machines line? Vader seemed to come with nearly every set and came positioned in nearly every conceivable pose. This is a pretty cool, classic looking Vader. He's not my favorite Vader released but I do love the detail on his outfit (you can see the individual squares in his bodysuit) and the fact that his armor is painted in different shades of black and gunmetal gray. Most impressive. 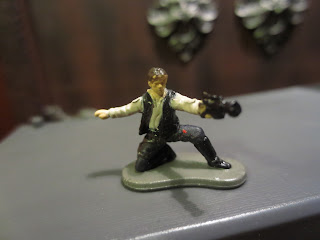 * This is probably the best classic Han Solo Micro Machines microfigure released. Han appeared in the line in this outfit in a few different sets (off hand I can think of the original Death Star set, the C-3PO/ Cantina set, and the Jabba/ Mos Eisley set, but this one just looks so much cooler. It's the pose and the fact that Han's got his blaster pistol whipped out for a fight. Even the loops on the back of his vest are visible, by the way. Because that's how Galoob rolled back in the day. 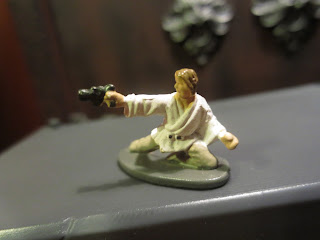 * For many people "farmboy" Luke Skywalker tends to be their default version of the character (mine tends to be the Bespin fatigues version or the yellow jacketed version from the ceremony on Yavin 4) so you can't knock Galoob for including another version of this costume in the set. I think we got Luke in this costume twice in the series (the Death Star and the Yavin Base/ Macro Binoculars) but this is the most detailed version (though I have a soft spot for the Death Star version since it's so classic). This pose reminds me of Luke freaking out after Obi-Wan's death! 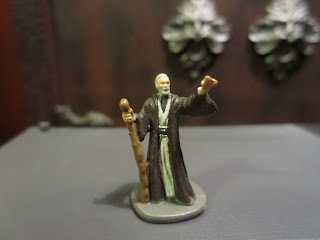 * While the Spirit of Obi-Wan Kenobi was included in the Dagobah playset, the only other corporeal Obi-Wan was included with the Death Star Double-Takes playset. Old Ben desperately needed another micro figure and Galoob gave us this amazing Obi-Wan. I love the detail on his robes, the gesturing hand, and the presence of the staff. This is such a cool looking microfigure that could fit in well with so many different scenes. 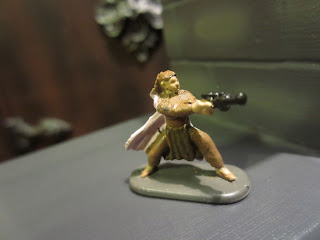 * One of the most significant figures in this set is Princess Leia in the red outfit she wears on Cloud City (the vintage Kenner line called this the Bespin Outfit). Leia was not released in this outfit in any other set so it was pretty cool to finally get this variant. While the figure seems a bit more brownish than red, I love her pose and her stance. This is Leia at her Imperial fightingest! 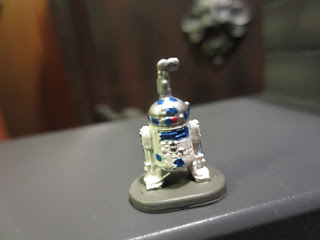 * Another R2-D2? Yeah, but this is the sensor-scope version (something none of the other Galoob Micro Machines versions had). Since so many fans and collectors hold the vintage Kenner line in such high esteem, a microfigures like this that also had roots in the Kenner line was a big deal. It'd be interesting to think about what Kenner figures never made it into the Micro Machines line as Micro Figures, but that's a different post for a different day. 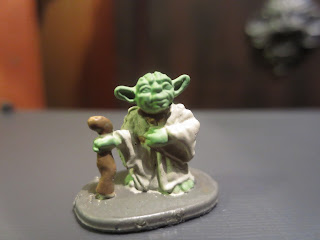 * Yoda made quite a few appearances in Galoob's Micro Machines line but this is definitely one of the best looking ones (though I have always loved the Yoda that came with the Dagobah playset perched atop some rocks). Again, it's truly amazing how much facial detail Galoob crammed into such a small figure. Even looking at this figure with the naked eye (and not at a magnified photograph) it's incredible that this figure is barely over 1/2 and inch. 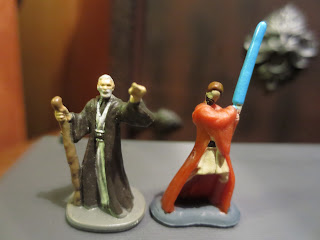 * Take a look for a second at the two figures below: The figure on the left is a figure from this set, released by Galoob around 1997 (maybe early 1998) while the figure on the right is from Hasbro and was released last year on Force Friday. Trying to distance myself from nostalgia as much as possible, which of these figures looks better to you? The figures and playsets in Hasbro's line feel like afterthoughts and the quality is evident. Sometimes people get a bit hyperbolic when saying that a modern toy isn't as good as their favorite vintage toy but here I believe it's a legitimate claim. 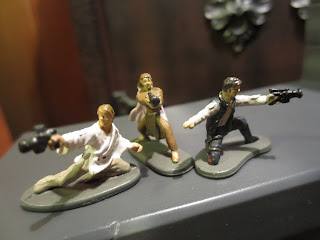 I've been picking up Hasbro's Micro Machines and, while the vehicles are quite good, the microfigures are just incredibly weak overall. That's why it's amazing to look back at the work Galoob toys was doing on the Micro Machines line nearly 20 years ago. Galoob was an amazing company and nearly every toy they put out in the Micro Machines line was worth the investment. i really wish I'd collected more of their stuff back in the day. I love this set and it's an incredible feeling to finally add it to my collection over the years. It's an Epic little set and one of the coolest Star Wars figure sets Galoob released (although their Bounty Hunters set is amazing, too!).

Of course, if you're a fan of the characters in this set, you'll be glad to know I've reviewed plenty of toys based on them, too!

I think the only Obi-Wan I've reviewed is the Black Series Obi-Wan Kenobi (Revenge of the Sith).

R2-D2 also only got one review from the Black Series: R2-D2

Yoda's solitary review is his Hero Mashers version.
Posted by Barbecue17 at 6/16/2016