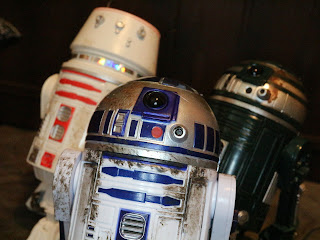 It really isn't an exaggeration to say that there are nearly as many store exclusives released for Star Wars: The Black Series as there are standard releases. Hasbro seems to really be trying to gain retailer support for the line by offering retailer exclusives far and wide and today's release, the Red Squadron droid set, is an exclusive to Amazon.com. This set has been a bit of a pain to pick up as it appeared only for short intervals. I finally managed to grab one though and while I'm always happy to add new figures to my Black Series collection, I do have to admit that this set is fairly disappointing. Off the bat, I'll just remind everyone that the astromech droids for the Black Series are woefully undersized. Considering that the line has been going for 5 years now I doubt Hasbro is ever going to fix this. We already have 9 astromechs in this scale, so at this point it would be just weird to have astromech droids in two scales, right? The second thing I'll mention is that these figures are 100% repaints. That's just kind of the way it is with astromech droids, though, as rarely do they look much different from one another other than having unique paint jobs. I know that might make this sound like a less than impressive set but maybe it is. Of course, it's also the only way to get these droids and serves as a companion piece to the Toys 'R Us 2016 exclusive 3-pack which features three more astromech units from the Battle of Yavin. Let's check out Red Squadron, starring R5-D8, R2-X2, and a repainted R2-D2 after the break... 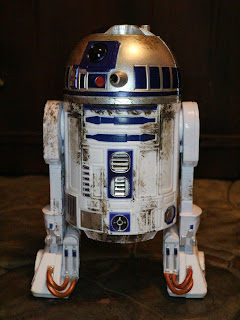 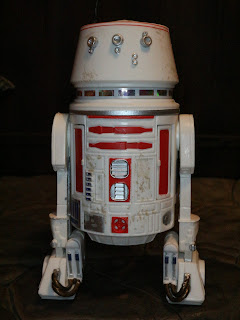 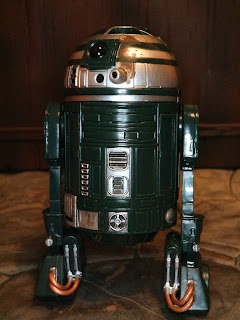 Non-Scalper Price: $60 for the set of three droids. 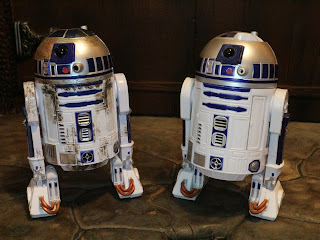 
* Both the new battle damaged R2-D2 (left) and R2-X2 (not shown) are repaints of the original R2-D2 from 2013.  Other than not including the great complement of accessories that figure included, the two R2 units in the Red Squadron pack are exactly the same, so check out that older review for all of the details. 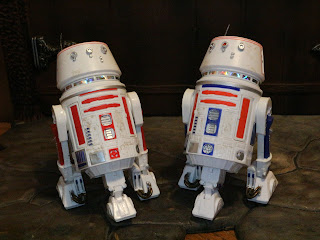 * The third droid in this set, R5-D8 (left), is really just a repaint of R5-D4 (right) from the 40th Anniversary Collection. Heck, the only real difference between these two is the absence of most of the blue on R5-D8. R5-D8 even seems to have the exact same paint mask as R5-D4, as his painted on wear and tear is in the exact same spots as the previously released droid. 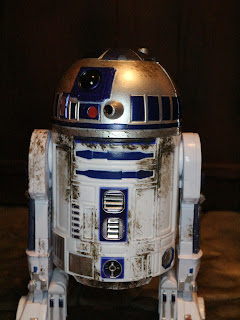 + Thus far Hasbro has only had R2-D2 out for sale in series 1 of Phase 1 of the Black Series in 2013 and as part of the 40th Anniversary Collection last year. I'm totally OK with getting a second R2-D2 with some variant paintwork and this one doesn't look too bad. While the intention was to give R2-D2 the battle damage he sustained during the Battle of Yavin, it also may very well appear like he's a bit muddy from spending some time on Dagobah, too. I think R2-D2 looks just fine and will make a nice companion figure for Luke Skywalker in his X-Wing Fighter Gear. 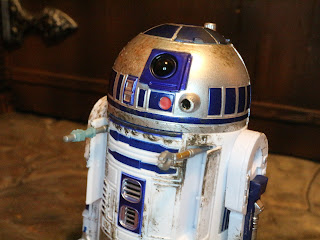 + All of the droids (R2-D2, R5-D8, and R2-X2) still feature the opening chest panels with the articulated data port and claw arm and the extendable/ retractable third leg on the bottom. These features work well and do make these droids quite a bit more fun to play with than you might think. 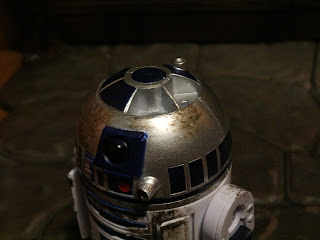 - Unfortunately, Hasbro has chosen to not include the accessories with these figures that previous releases have had. While the original R2-D2 included a bunch of accessories, most other releases of R2 units have only included the two scanners (life form scanners and visual scanners). Hasbro has given these guys nothing except the removable plugs for the dome and the side panels on the legs. That's kind of lame, right? 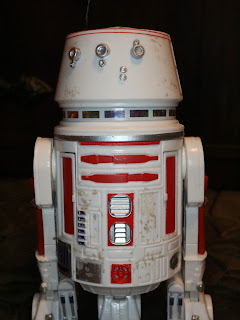 + The first new droid unit in this set is R5-D8. R5-D8 is Jek Tono Porkins' unit and flew along with him as Red 6 at both the Battle of Scarif and the Battle of Yavin. As I mentioned above, R5-D8 really is very, very similar to R5-D4, so I don't have too much new to say. He's a nice looking R5 unit with sharp, clean paint apps and just a bit of weathering. I'm most excited for this guy as he gives me hope that someday we will get Porkins in The Black Series. He's always been one of my favorites, believe it or not. 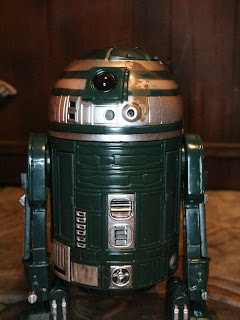 + Last, but not least, is R2-X2. Since he shares the same sculpt as all of the other R2 units, including R2-D2, there's not too much new to say about this guy, either. I like his green color but he doesn't have a ton of painted detail. That's just the way the droid was designed, though. R2-X2 was part of Red 10 with Theron Nett and, like R5-D8, perished in the skies above Yavin during the assault on the Death Star. Bummer. 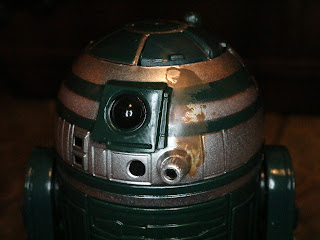 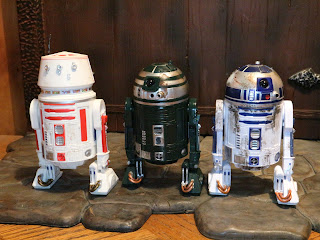 While the paintwork is solid here (the Toys 'R Us 3-pack had some problems) the lack of accessories and slightly higher price make this set feel less impressive than the previous set which was already fairly average. Here's the deal: These sets of very specific astromech droids are absolutely made for collecting completests or for folks who get giddy over getting random "blink and you miss 'em" characters from Star Wars. I'm in both of those categories, so I guess I'm the target demographic, but this is still a very Eh and a 1/2 set. Unless you can't live without these guys they are easily skippable.


If you're looking for more R2-D2 reviews then make sure to check out my reviews of the Micro Machines Classic Characters set, the R2-D2 Playset from Hasbro's Micro Machines revival, the Micro Machines Royal Starship Repair playset, the C-3PO Mini head, the Black Series R2-D2, the POP! R2-D2 (Jabba's Skiff) #121, and the Micro Force R2-D2.