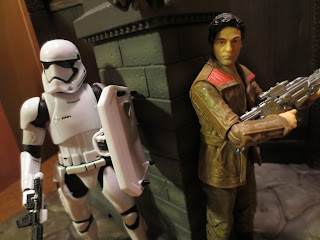 Today I'm looking at a Target exclusive two-pack of Star Wars: The Black Series figures: Poe Dameron and the First Order Riot Control Stormtrooper. I found these in late October and I've seen them on shelves at Target a few times now. I'm glad that a set this cool seems to be getting good distribution as of this writing, I've yet to see the K-Mart exclusive Kylo Ren from Starkiller Base or the Toys 'R Us First Order Snowtrooper Officer in stores. This set features one of the new First Order Troopers decked out in some riot armor and Poe Dameron, a heroic member of the Resistance in a more casual uniform. Ready for a look at this cool two-pack? Then join me after the break... 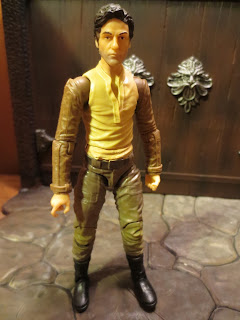 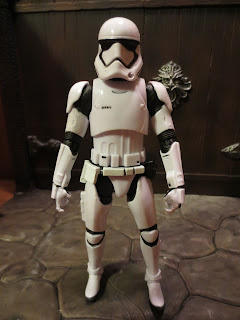 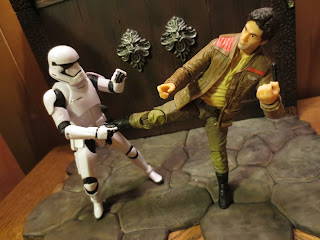 *Both of these figures are really fun to play with and feel plenty durable to handle posing and reposing. While I miss the double jointed elbows on the First Order Stromtrooper body (the original Black Series Stormtroopers had them), there's still plenty of useful movement here. 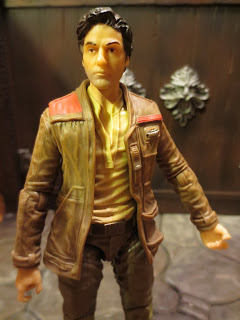 * Poe Dameron is a really great figure. I love his outfit as it just has a very "Star Wars" vibe it. There's a lot of great detail on his clothing, particularly the various folds and wrinkles on his jacket and shirt and the interesting seams down his sleeves. The jacket is a separate piece that fits over his torso. Since the sleeves are part of his sculpt, however, you won't want to remove it or anything as it would just look odd. The weathering on the jacket is quite nice and shows some good paintwork on Hasbro's part. 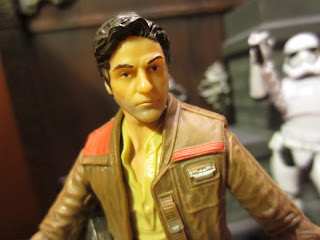 * This is a pretty good headsculpt of Poe Dameron, played by actor Oscar Isaac. He looks tough with a bit of stubble on his face, but he also looks weary and battle-worn. From what I've gathered, I think Poe is fiercely loyal to the Resistance cause, even to the detriment of his own health and well being. If I'm correct, then the headsculpt conveys that quite well. 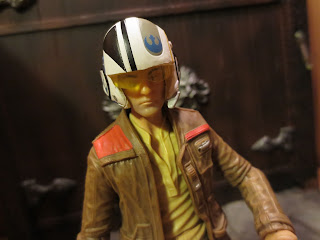 *Poe also comes with a fighter pilot's helmet that easily fits over his head. This is a great accessory with a nice paintjob, translucent lenses, and a communications microphone near the left cheek. There are lots of fine paint details on the helmet which help to bring it to life. This helmet is different than the helmet that comes with the single boxed Poe Dameron figure. That one looks more like the helmet he might wear as a member of Black Squadron. Not sure where this helmet will come into play. 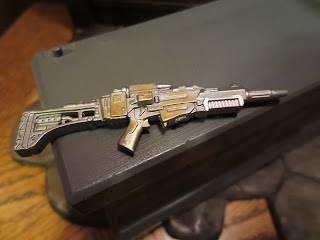 * I really love this rifle that Poe Dameron comes with. It looks like a powerful and accurate weapon. The detail is quite intricate on it and I'm really digging the weathered paintjob. Poe looks awesome holding this! 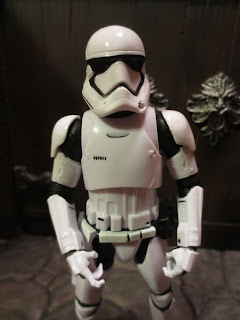 * The Riot Control Stormtrooper is really no different than the basic First Order Stormtrooper figure from the first series of the Black Series Phase III which I reviewed back in October. It's just as good as the original figure but includes more accessories. What's not to like? 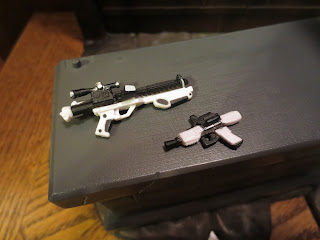 * The Riot Control Stormtrooper comes with the same two weapons that the basic Stromptrooper came with and they're both quite nice. I love the black and white paint job on these as it really causes them to stand out. The paint applications are clean and neat and the sculpts are quite detailed. These are some incredible looking accessories and the fact that they can clip onto the Stromtrooper's right hip just makes them that much cooler. 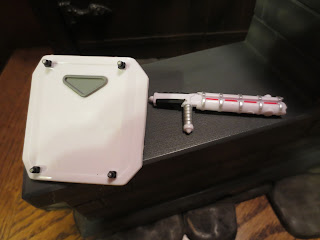 * Besides his basic weapons the Riot Control Stormtrooper also comes with his specialized crow control equipment: A shield and a stun baton of some sort. These are the only pieces that truly differentiate the Riot Control Stormtrooper from the basic First Order Stromtrooper figure and, foruntately, they're both really cool. The shield is a nice solid piece and the stun baton features a fairly complex paintjob. I'm really curious to see these guys in action in the film (you can see Finn fighting one of these guys in one of the TV spots and it looks awesome). 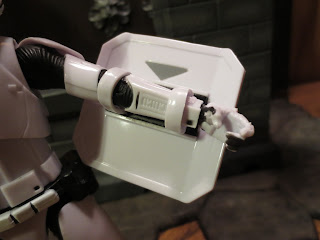 *My only real negative with this set is that the riot shield on the Stromtrooper's arm is insanely difficult to remove and put back on. It comes packaged and I have a feeling that the figure's arm was assembled with the shield on there. The shield can be removed but it is insanely difficult. I really had to pull and fuss with it. My suggestion is to just leave it on and buy a regualr First Order Stromtrooper if you want one without a shield. 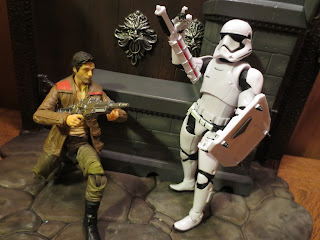 I have to say that I really like this set. While I've been passing up the single boxed Poe Dameron due to his crazy eyes, I really like this figure. Poe's a great looking Star Wars character and I'm curious to learn more about him. The First Order Riot Control Stormtrooper is also an improvement on the already amazing basic Stomrtrooper figure. I feel really justified in giving this set an Epic rating as it feels like both figures would be stellar entries single carded, but to get them both in one set? Excellent!

I've reviewed a few other Star Wars: The Black Series figures, including: