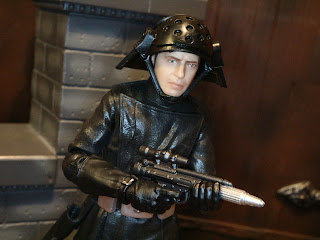 Last year Hasbro released a number of significant action figures from Star Wars: A New Hope in the 40th Anniversary Collection. While many of those figures were re-releases of earlier figures, a few of them were new additions to the Black Series. Hasbro has been releasing all of those new sculpts from the 40th Anniversary Collection into the standard Black Series Phase III line and while most have been released with no changes (the Jawas, Darth Vader, Tusken Raider), the Death Squad Commander is definitely turning some heads with his re-release. First, he's been renamed as the Death Star Trooper (probably a more accurate term than the Kenner labeled Death Squad Commander). Second, he has a new headsculpt thanks to Hasbro's new face printing technology. The 2018 figures have been largely taking advantage of this new method of creating life-like human faces and the Death Star Trooper is the second figure to be re-released with a new portrait. Considering that the headsculpt is so much more impressive and that this guy is an army builder I jumped in on this double dip. How did that turn out? Find out after the break... 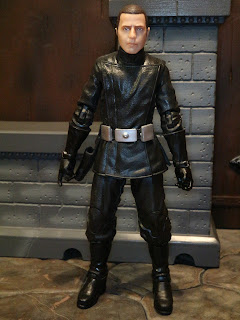 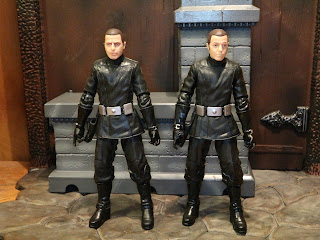 On the left is the newly released Black Series Phase III Death Star Trooper. On the right is the 40th Anniversary Collection Death Squad Commander. Overall they are the same figure, so my review will mostly cover what is new and improved. The articulation is still the same, as is most everything below the neck although the suit color on the Death Star Trooper seems a bit nicer. 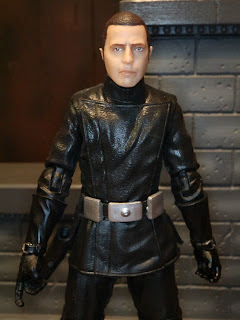 * The Death Star Destroyer is an impressive figure and, despite being clad in all black, manages to have a rather interesting look. Maybe it's just because it's a classic, killer design or maybe it's just because I'm still so darn partial to anything from the Original Trilogy. Who knows? That being said I do think this figure's outfit looks a bit better than the Death Squad Commander's outfit. I think the black is a bit shinier here which looks better to my eyes. 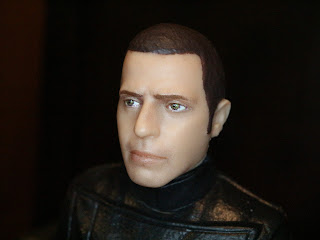 * Let's talk about the headsculpt and printing here as it is so amazing that it caused the great Poe Ghostal to come out of a four year hiatus to post about it! This is a killer headsculpt. It is so insanely lifelike for a figure in this scale and, particularly, for a figure at this price point. The eyes, the skin tone, and even the hair look strikingly realistic.  Hasbro, you're doing some fine work my friends. 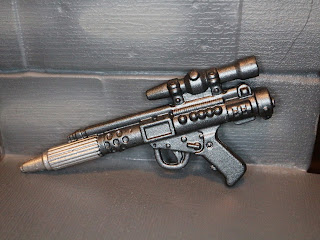 * The Death Star Trooper comes with a DH-17 blaster pistol. It's not a bad choice, though I really wish he had included a SE-14C or a similar model. The DH-17 is molded in a gunmetal plastic with a painted barrel tip. The paint is a bit darker than on the Death Squad Commander's figure, which seemed to have more of a blue hue. 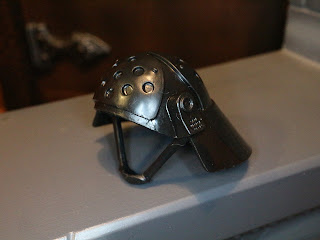 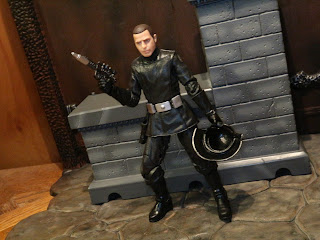 My Death Squad Commander actually had a few paint flaws which killed a bit of my enthusiasm for the figure. The Death Star Trooper however does not have those flaws. Mix together the lack of flaws with the incredible new portrait and better uniform coloring and Hasbro has delivered an Epic update of this figure. If you missed out on this guy the first time around don't worry; you haven't really missed anything. If you already have the 40th Anniversary Collection release, this guy's headsculpt is so much better that you can easily put the two side by side and have two unique troops. He's incredible!