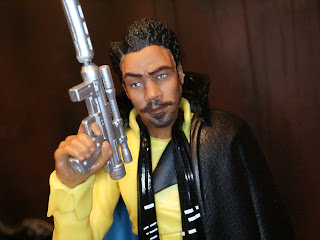 Why, it's a new Lando Calrissian action figure! Last year Hasbro released the first Lando Calrissian figure in the Black Series and it's taken them another year to release the second: Lando Calrissian as played by Donald Glover from the upcoming Solo: A Star Wars Story. Donald Glover seems like perfect casting for a young Lando Calrissian and he certainly seems ready to bring the same charm, suaveness, and charisma to the new film that Billy Dee Williams brought to the Original trilogy. I'm currently reading the Last Shot novel by Daniel Jose Older and so far I think Older has nailed Lando's "voice" in the text of the books. I have high hopes that Donald Glover will do the same in Solo and, looking at the trailers and such, I don't think I will be disappointed. I do have to say that I have some disappointments with this figure, however, and those are due to two quality control issues. I can only think of a couple of other Black Series figures that have given me true problems, so it's a bit unusual for one figure to have two. Let's check out the action figure and see how it fairs after the break... 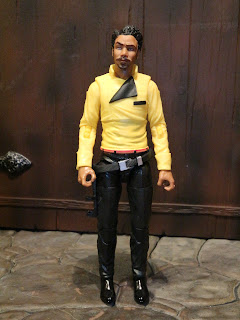 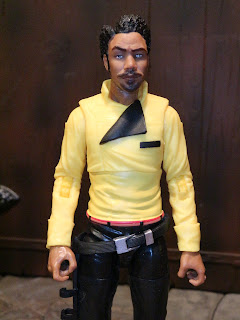 * One of the things that stands out about Lando is his costume. The bright yellow shirt is absolutely a different look for the line and adds a pop of color to your Black Series collection. Since Hasbro has been fairly lacking in adding lots of colorful background characters and aliens, the line has mostly been comprised of characters in white, black, and brown costumes. Lando looks slick and just seems to add some needed visual variety to the line. This is a great costume design that captures Lando's style and appeal perfectly. 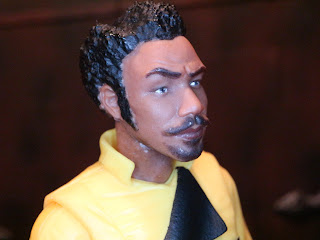 * Hasbro went for a headsculpt with an expression on it and I think it paid off here. I definitely hope we get another version of Glover's Lando at some point with a smiling headsculpt but here we have Lando with a raised eyebrow. I think it works well and adds some more character to the figure. The paint apps are spot on thanks to the face printing technology, including Lando's slick facial hair. 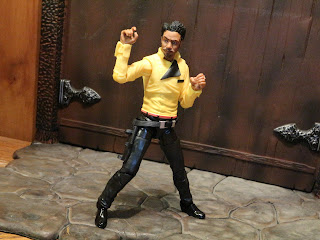 * Lando has excellent articulation, including a balljointed neck and a double balljointed head. That's a lot of movement and it rivals and even surpasses the efforts of some high end companies in this scale. Everything else works great. I'm amazed at the range of motion Hasbro can get in these elbows. One of my elbows did have a problem, though, but I'll mention that in a moment. 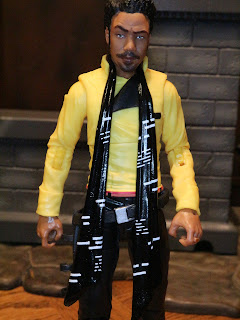 * Lando has two clothing accessories: A cape and a scarf. Let's start with the scarf. It's a separate piece and Lando can wear it by itself. It fits around his neck and is made from a softer, more rubbery plastic that works wonderfully. I love the black and white pattern on it, too. Very cool and unique. 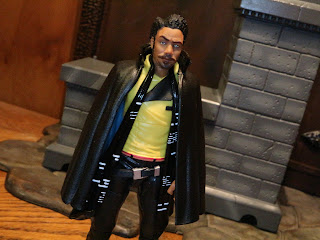 * Lando also comes with a cape. This cape is made from a rubbery material as well and is much better than the cape that cam with the ESB Lando Calrissian last year. The outside is black, the inside is blue, and the style is pure coolness. 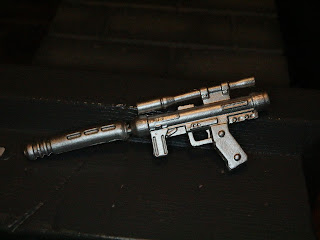 * Lando comes with a very cool pistol. It looks like an SE-14 pistol. It's definitely not the standard Separatist SE-14, so maybe an SE-14R? It's a beautiful design and it molded in a very attractive silver color. It also has a long barrel that adds to its elegance. 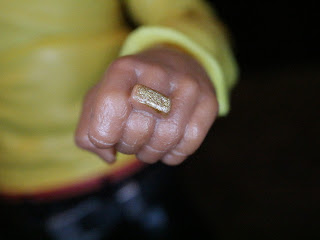 * It's a small thing but I love this ring that Lando is sporting on his left hand. Pretty slick, right? Don't you want to see Lando punch an Imperial while wearing that thing? I do! 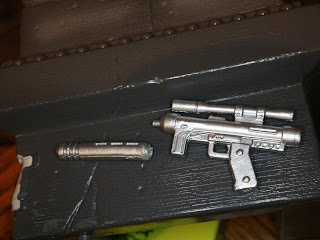 * So... Lando's blaster is supposed to have a detachable barrel. I've seen this in many other reviews and it seems necessary in order to fit his blaster into his holster. As soon as I attempted to take the barrel off, though, it snapped. What you see here is my careful work of burrowing into the barrels of the blaster with a small tool and adding in a metal peg to allow the gun to still function. Cool feature but so odd that mine snapped off right away. Be careful! 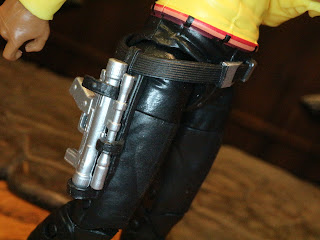 * Lando has a separate belt with a holster for the blaster, but the holster is kind of tough to use. The barrel has to slip down into a hole and then the other loops actually wrap around like so. It just seems a bit overly complex and frustrating to get it to work. 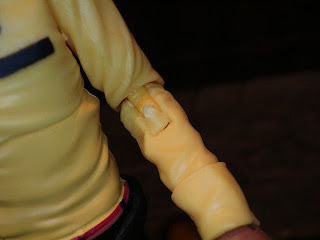 * The second quality control issue I had with Lando is with his left elbow. It might be kind of tough to see but there is some extra plastic impeding the hinge of his left elbow. When I tried to move it the lower arm popped out of the hinge socket. I had to trim the "flash" back a bit and pop it back in. It works fine now but it freaked me out at first. I haven't had one of the arms pop out of socket in his line before! 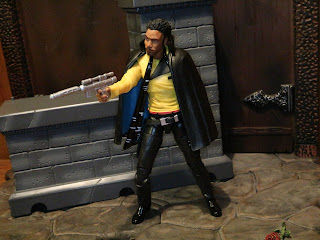 Lando Calrissian is a really good figure but, man, did mine have some quality control issues. I can only think of a couple of other figures in this series that have given me trouble so hopefully mine is just a fluke. How is yours? Lando is still a really cool figure and I was able to fix my problems, but they do hurt his score a bit. He's a Good and a 1/2 figure loaded with accessories and cool design. if yours doesn't have any problems, he's even better.