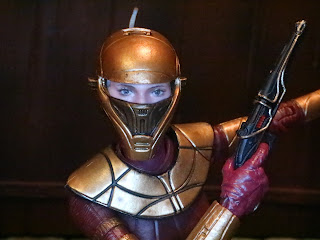 Does anyone else feel like Star Wars Episode IX: The Rise of Skywalker just kind of happened, came, and went? Seriously, it feels like a movie that even Lucasfilm, Disney, and Hasbro have kind of forgotten about. Hasbro just showed off a bunch of fantastic new Star Wars: The Black Series figures last week and it included figures from The Clone Wars, The Mandalorian, The Original Trilogy, Rebels, and.... well, nothing from The Rise of Skywalker. Nothing. Can you believe that Hasbro has nothing more in store for the final Star Wars film that was just released less than a year ago? Today I'm checking out Zorii Bliss from the most recent series of Black Series figures and, quite possibly, one of the last Sequel Trilogy figures we will see in the Black Series for some time. While she didn't have a major role in the film (her role in Rae Carson's novelization of the film is more significant), Zorii Bliss is a very cool looking character who manages to capture the aesthetic of many beloved "fringe" characters from the Star Wars galaxy. I like the character and after reading the expanded novelization I decided to pick her up since the releases for The Rise of Skywalker seem to be at an end for the time being. Let's take a look at Zorii Bliss after the break and see if she's a worthwhile pickup for your collection: 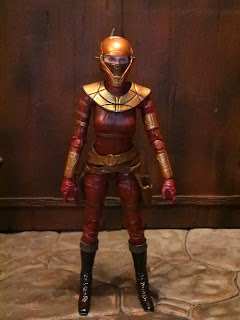 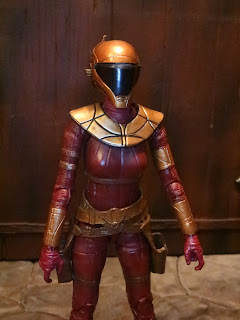 
* Zorii Bliss has a really cool appearance that is reminiscent of someone who would have been a bounty hunter in the Prequels or who would have been hanging around the Cantina or Jabba's Palace in the Original Trilogy. Some characters just have that "Star Wars look" about them and Zorii definitely has it. She's wearing a detailed, skintight maroon bodysuit accented with bronze armored bits and it really makes her a rather striking looking figure. The paint work is extremely neat and there is a nice bit if weathering on the details of her outfit. 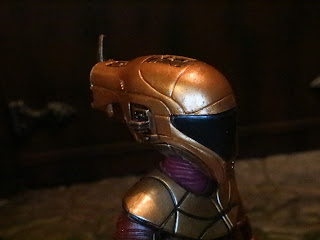 * Zorii Bliss wears a very cool looking helmet that kind of reminds me of the Gossams due to its shape. The helmet is intended to be coated with a bronzium finish, giving it it's metallic appearance, and it is packed with all sorts of gear such as a vocoder, a subspace transceiver antenna, and air filtration scrubbers. There are a lot of sculpted details here and the helmet appears very accurate to the images from the Visual Dictionary for The Rise of Skywalker. 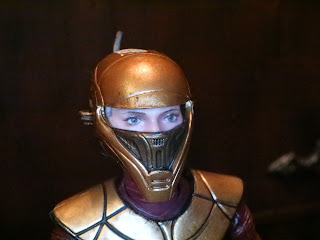 * A really cool feature that the packaging doesn't mention at all is the removable viewplate. Open it up and you can see Zorii Bliss' eyes! What we can see looks fantastic (she's quite mysterious!) and seems to resemble actress Keri Russell quite nicely. It's tough to get the viewplate off the first time, though. I recommend gripping from the little nubs on the side and puling straight out. 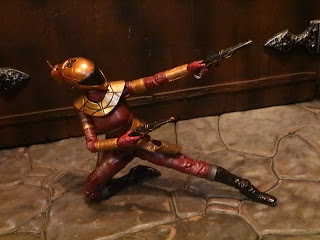 * Zorii is incredibly flexible. The Visual Dictionary says she "has a background in dancing, which contributes to her impressive combat agility" and from this figure I believe that. She is incredibly well articulated and is easily one of the most fun figures to pick up and pose that I've purchased in recent memory. Hasbro has been doing an excellent job with the Black Series for the past few years and Zorii is another hit. 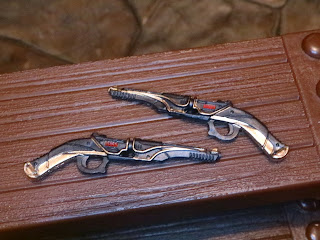 * Zorii comes with two E-851 blaster pistols. The design is really cool and the detail on these is insane. Seriously, the paintwork is some of the best I've seen on an accessory and really shows the dedication and quality Hasbro has been putting into the Black Series. 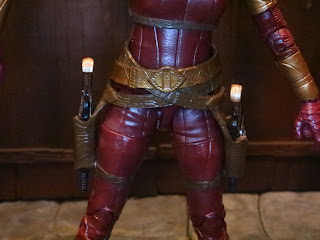 * The E-851s fit perfectly into the holsters and look fantastic. The holsters are also really nicely detailed too. 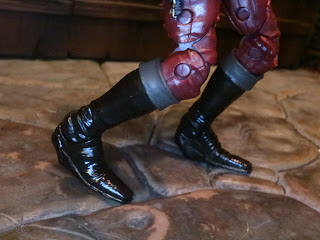 * Zorii Bliss' boots are really weird. They have a very odd shape that makes her tough to stand up in a neutral pose. Honestly, they don't even look like something that human feet could fit in. Are these accurate to the film? You'll really have to keep Zorii in an action pose or something to stand her up, though. 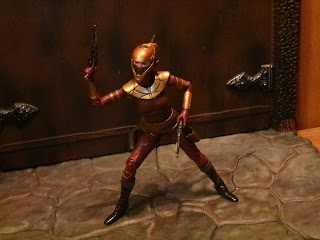 While she didn't have a major role in The Rise of Skywalker Zorii Bliss is a very toyetic character and Hasbro made her into an excellent toy. She first appeared in the Vintage Collection on Triple Force Friday 2019 but I'm glad to finally have her in the Black Series since, you know, that's the line I collect. She's a wonderfully articulated and fun figure to play with. Whether you use her as the character from TROS or simply put her in a display with other bounty hunters and scoundrels, Zorii Bliss is a Great figure.
What characters do you still want to see Hasbro make from The Rise of Skywalker?


This is the first figure of Zorii Bliss I've reviewed on the site. For more reviews from The Black Series Phase III check out the following: