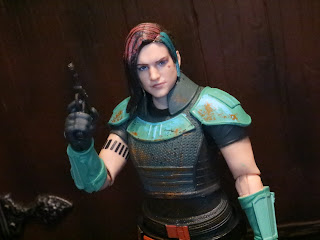 It's been over a year since I reviewed the Cara Dune figure from The Black Series: Phase III and at the time I reviewed her she hadn't even shown up in The Mandalorian yet. Now the second season has concluded, Carasynthia Dune's a fan favorite, and I'm reviewing the repainted Cara Dune from The Credit Collection based on the concept art for the character. This figure is absolutely a repaint but it's a pretty cool one. One of the things I really like about it is that while it's based on artwork you can truly use this version of Cara Dune as a simple character variant. She doesn't look out of universe or anything. This review features a lot of reused text from last year's review but it's not like my feelings over the basic sculpt or anything have changed since then. Let's take a look at Cara Dune after the break... 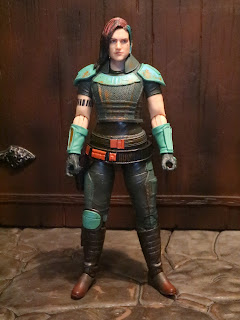 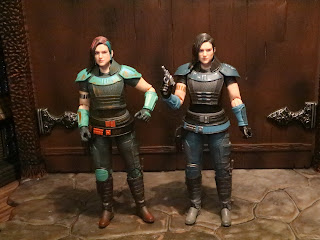 * The Credit Collection Cara Dune is on the left while the standard Phase III Cara Dune is on the right. Again, the Credit Collection figures are simple repaints and that's what you're getting here. Cara Dune's hair has some multicolored highlights and her armor is colored differently with some streaks of color on it. There's nothing physically different with the sculpt or accessories except for the inclusion of the Imperial Credit piece. 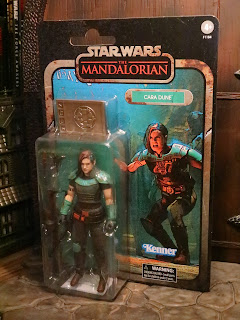 * The packaging is quite nice and if someone were inclined to keep these carded I couldn't say I'd blame them. They come on a vintage Kenner styled card, like the 40th Anniversary figures, but rather than a picture from The Mandalorian TV series you get a concept art image that was shown at the end of one of the episodes. This is some slick presentation and it's really, really cool to see The Mandalorian title in the box at the top under the Star Wars logo. The image looks fantastic and matches the figure fairly well. 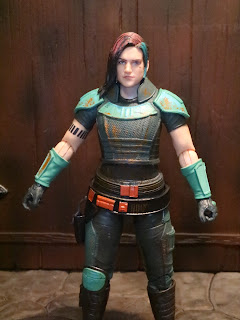 * Cara Dune has a very "Star Wars" look to her that definitely gives off a mercenary/ bounty hunter vibe. She's wearing various pieces of light armor with multiple textures and bits of damage only now her blue and black color scheme is more of an aqua and gray. It's lighter, but it still stands out. She's also covered with more splashes of copper color. In the art it looks like it's reflection from a light source but here it comes off more like rust patches, or probably some sort of splatter or grime, on the armor. I like, though. It's lived in and rugged. 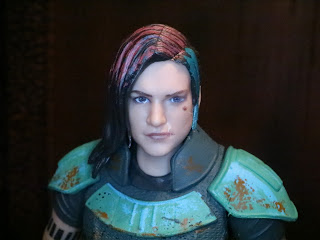 *  Last year when I got the Phase III Cara I thought this was an incredible portrait. It's not bad, as it's very lifelike, but after having seen Gina Carano in the role for two seasons I think it's a bit off. The features look right but the expressions seems off, and the hair is kind of inaccurate. Still, the face print is good and the little Rebel phoenix tattoo is pretty slick. 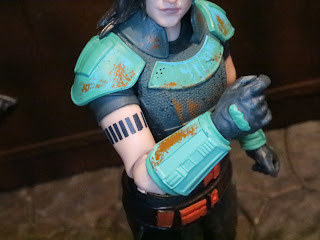 * Cara not only has a pretty cool tattoo on her right bicep but she also has really cool vambraces on her forearms. The wear and tear details are slick across the board. Seriously, there's a lot of great detail on the figure and the enhanced paint apps on this figure make them look even better. 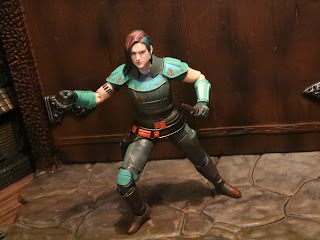 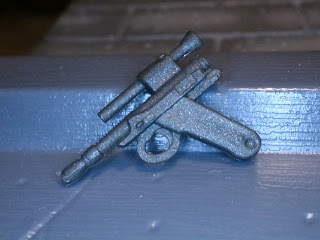 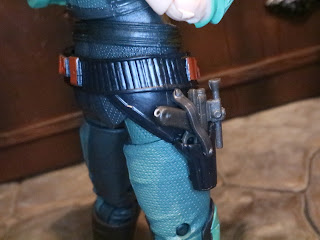 * Cara Dune's belt has an attached holster. Her blaster slips right in and is held in place with a functioning strap. 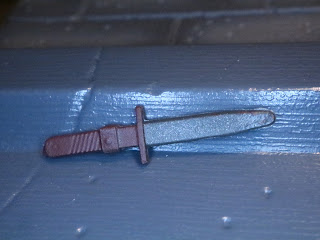 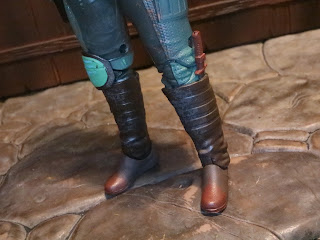 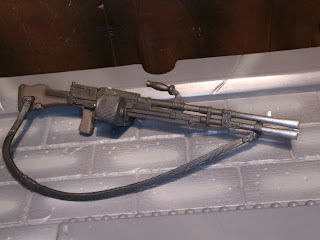 * Cara's last weapon is a pretty nasty looking heavy blaster that she put to good use in Chapter 16: The Rescue. It reminds me of the RT-97C heavy blaster, but it's clearly a different model. The paint work is great on this and I love the drums on the bottom. It's a fantastic weapon that looks like it could cause some serious damage. Unlike the first release, the strap attached to the stock doesn't seem to come off as easily. 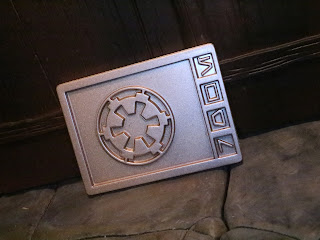 * Since this is The Credit Collection each figure comes with an Imperial Credit. You can see them stacked on a table in the show at one point, so they're definitely there and available in multiple colors.. It looks like they're pretty accurately sized. The Credit is a simple plastic piece meant to be sort of a prop replica rather than an accessory intended for use with the figure. Cara's is sort of a rose gold. Across the side of the credit you can see the Aurebesh characters that spell out ROWE. What's that mean? I can't find an answer anywhere! 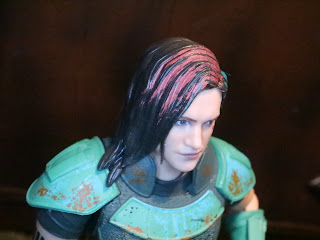 The Negatives:
* The weakest part of this figure is definitely the hair. It makes me wonder if Hasbro worked on this sculpt before seeing any final images of Cara Dune as Gina Carano's hair doesn't look like this. Don't get me wrong, the highlights are cool (and are part of the concept art) but this is really flat looking and it kind of hampers the likeness. 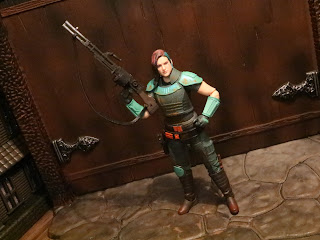 Listen, despite this just being a repaint with a slightly elevated price tag and a new Imperial Credit piece I can't help but really like this figure. Cara Dune was one of my favorite Black Series figures from last year and a year later she's still impressive. She's got a tremendous sculpt, some cool paint effects, and amazing accessories which she can carry all at the same time. She's still an Epic figure and a great part of the Credit Collection. She's a Target exclusive, so good luck finding her. Actually, she seems to often be available on their website, so you'll probably have to order her there.
If you're a fan of Cara Dune than also check out my review of the Phase III Cara Dune.
For more reviews from Star Wars: The Credit Collection check out the following:
IG-11
The Mandalorian