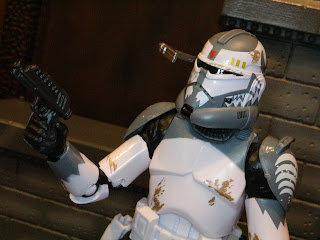 Today I'm checking out one of the newest Star Wars: The Black Series exclusive figures out there: Clone Commander Wolffe from Star Wars: The Clone Wars. Wolffe was a popular Clone Commander from that series and now Hasbro is offering him as a shared exclusive between GameStop, Barnes & Noble, and The Disney Store. That's quite a few locations so hopefully folks won't have too hard of a time finding him. I purchased mine through a GameStop online preorder and he just arrived in the mail at the end of this past week. Let's check out this cool new clone figure after the break... 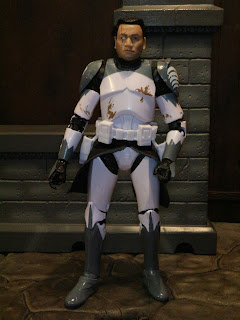 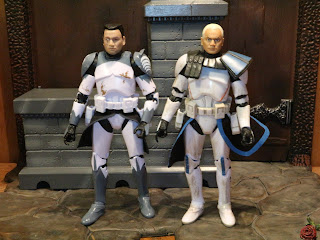 * Clone Commander Wolffe, aka CC-3636, shares most of his body with the Captain Rex figure and all of the other Clones that have come before him. Still, uniformity is what is expected here and the figure is differentiated by his brand new headsculpt and helmet and his unique paintjob. 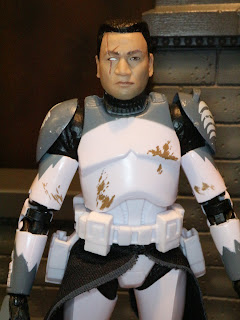 
* Commander Wolffe is a pretty cool looking clone. The gray and white color scheme is something we haven't seen much of in the Black Series and it differentiates him from the standard Clone Troopers we've received. His armor not only has a unique paintjob but also sports some mud and much gained in battle. 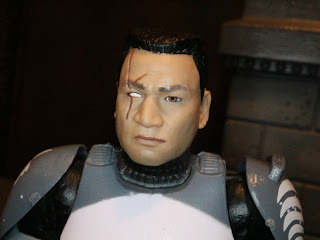 * The new photo-printed is incredible. Not only is this a good likeness of Temuera Morrison, who played Jango Fett and all of the Clone Troopers in Attack of the Clones, but it also captured Wolffe's trademark scar and milky white injured eye (which he received at the hands of Asajj Ventress, who really needs a figure in the Black Series). This is an incredibly awesome looking headsculpt. 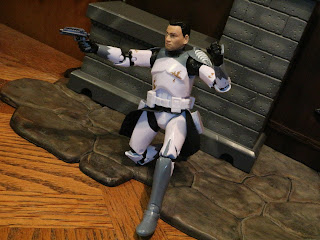 * Commander Wolffe utilizes most of the body of a standard Clone Trooper figure, meaning he's durable and nicely articulated. His hips are restricted a bit by his holsters and, sadly, his shoulders don't have the revised pauldrons that allow for a better range of motion. Still, he's not bad; just not as good as recently created newer figures. 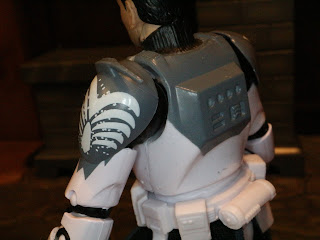 * Not only does Commander Wolffe have all of the standard Clone Trooper gear on his armor but he also has an antenna on his shoulder (like Commander Cody) with a cool paint design on the pauldron. 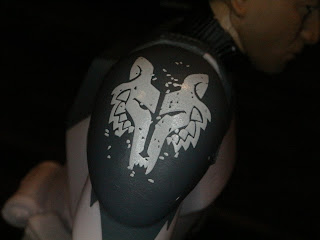 * Commander Wolffe also has the cool Wolfpack emblem on his right shoulder. The printing on this is incredible! 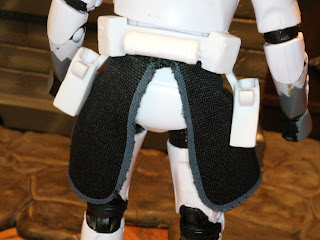 * Like Captain Rex, Commander Wolffe is sporting a kama and two holsters for his pistols. 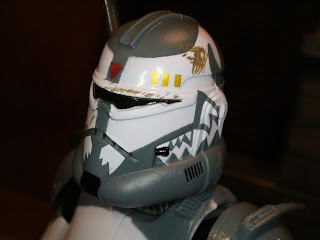 * Commander Wolffe's helmet is one of the coolest aspects of the figure. I love the sculpt and the paint detail on this. It is very intricate and looks awesome in person. 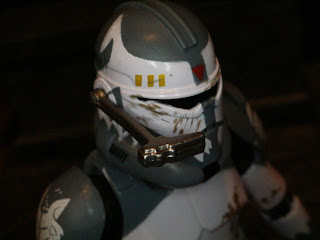 * Not only is the helmet well painted and sculpted but the range finder on it actually is articulated. It can swing down into position over Wolffe's right eye (which is missing, but he does get a cybernetic replacement at one point). 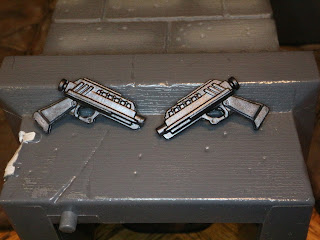 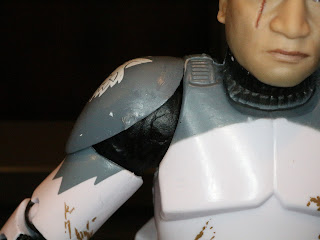 * As I mentioned earlier, unlike a few of the newer Clone Trooper figures Commander Wolffe doesn't have the newer shoulders that slide under the armor. This does impede the movement of the shoulders quite a bit. I'm guessing Hasbro used an older model of shoulders here, so that's why they're not as movable. 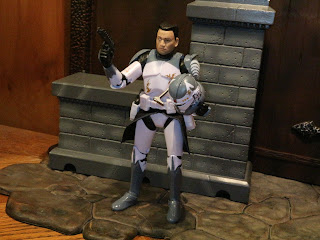 While he costs a bit more than your standard Black Series figure (about $5 bucks more due to the exclusive nature) and he doesn't have a ton of accessories, the paint work and sculpt are very solid and the headsculpt is incredible, rivaling just about anything anyone else is doing in this scale. Plus, I really like the character selection. Typically we don't see a lot of figures in this line that deal in reuse but when they have a figure like a Clone Trooper you just know he will get a lot of reuse. Commander Wolffe is an Epic figure, however, and well worth hunting down.

This is the first figure of Clone Commander Wolffe I've reviewed on the site.