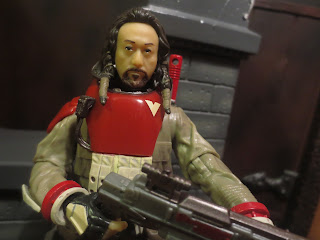 Near the beginning of last month I reviewed Chirrut Imwe and now I'm finally getting to review his fellow Guardian of the Whills, Baze Malbus! At this point, Baze Malbus is the final member of the Rogue One crew to be announced by Hasbro. What sucks is that probably means we're not going to see Bodhi Rook at all. How in the world did Hasbro miss out on that character? Anyways, now that I have Baze in hand I have to say that I'm very conflicted by him. There are some really good things about this figure, but also some very negative aspects, too. I'm disappointed by those as Chirrut was incredible and he, along with Baze, were probably the two most memorable characters in the film, so I really wanted some incredible figures of the pair. There is a book about these guys coming out by Greg Rucka (titled Guardians of the Whills) , so hopefully we'll continue to see tales of their earlier exploits. For now, let's look at how Hasbro translated actor Jiang Wen's awesome character into plastic. More after the break.... 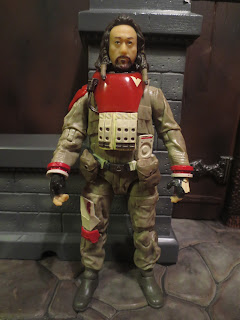 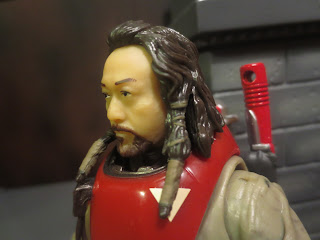 
* There's definitely a very good headsculpt here, and it looks more impressive from the side. Hasbro has definitely captured Baze's appearance and his unique hairstyle really well. 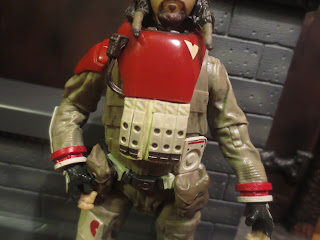 * Hasbro did a great job of accurately portraying the pieces of armor Baze wears. It definitely doesn't look standardized at all but it seems to get the job done. The armored pieces look a bit too clean, perhaps, but they're nicely rendered here. 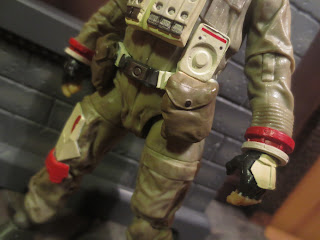 * There are lots of other cool details here too, such as the pouches on Baze's belt, the cuffs on his jumpsuit (which kind of looks like Luke's Bespin outfit), and the power cells stored in the carriage frame across his abdomen (the small grey square looking things). This is one of those figures that is really fun to look at and try to determine what every object is for. 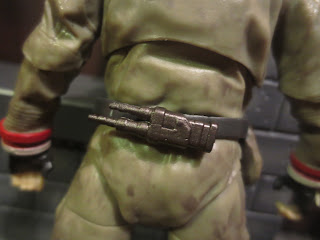 * I have no idea what this little device is, but it's a removable piece that fits securely onto the back of Baze's belt. It's a cool little extra. A communicator perhaps? 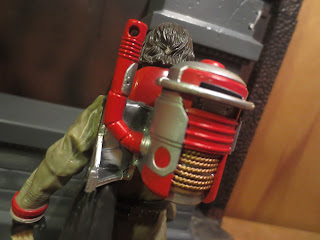 * The generator pack for Baze Malbus' heavy repeating blaster is really, really nice, The sculpt and paintwork are crazy good and really show off some top notch work from Hasbro. The backpack plugs into a hole on Baze's back and stays on rather securely. 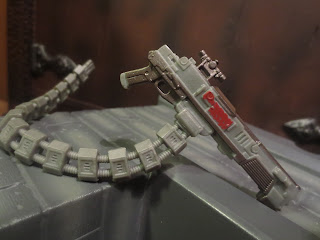 * And here's the heavy repeating blaster and the flexible charge belt that helps to keep this monster fed. The belt really is quite flexible and the blaster itself looks great. It's very nicely sculpted with more good paint apps on it. 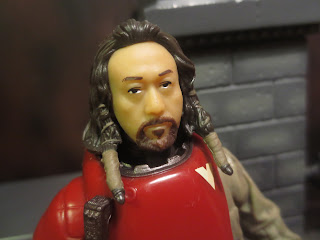 * Remember how I showed Baze's portrait from the side? Well, that was to show the sculpt and how I think this is a solid portrait. The problems seem to be with the paint applied to said portrait. I don't know, but there's just something off about Baze's eyes and eyebrows that makes him look less impressive than some other Black Series figures. 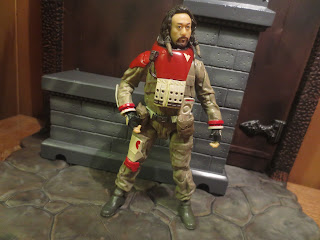 * Another weird aspect of Baze is that he really has very limited articulation. I could probably forgive him having a limited mid-torso joint due to his chest armor, but the fact that his hips can barley move is problematic. I just found this guy nearly impossible to pose. 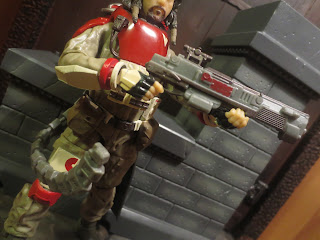 * The belt for his blaster is also not long enough. Try to put Baze in any pose except for a standard "holding the blaster to the side" pose an the gun is either going to be yanked from his hand or the belt will pop out. 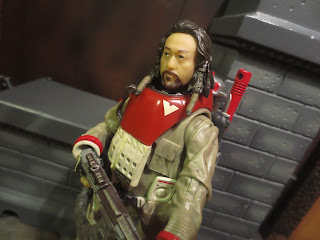 Man, I really want to like this figure more but I can't get over some of the weird problems. Why doesn't base have functional hip articulation? Why is the cord on his blaster so short? Why does he look great from the side but awkward when viewed face forward? I don't know. He's still a Good figure with some very nice accessories, but he's a bit lacking compared to some other figures in this line. And that's sad, because the odds are we won't see another Baze Malbus figure in this line ever again.


If you're looking for more reviews of Baze Malbus stuff, the only other thing I've looked at is the "Fight the Imperial Might" Micro Machines set that comes with a Baze Malbus microfigure. For more Star Wars: The Black Series reviews, check out the following: