Road to Rogue One: Snowtrooper from Star Wars: The Black Series Phase III by Hasbro 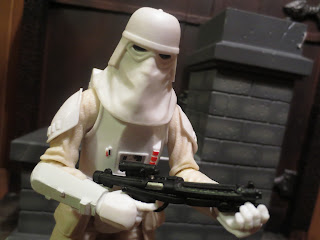 Today I'm wrapping up my reviews of series 9 of Star Wars: The Black Series Phase III with a look at the Snowtrooper (I didn't review Obi-Wan because he's exactly the same as the SDCC Exclusive Obi-Wan Kenobi from earlier this year). I love the armored Imperial troops and the Snowtrooper has been a figure I've been anticipating for some time. He's always been a cool figure whenever released in any line (no pun intended) and I was excited to see how he turned out in the Black Series. The short answer is that he's quite good but there are some odd problems that mostly have to do with color choices. Let's take a closer look at the Snowtrooper after the break... 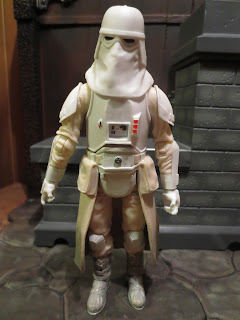 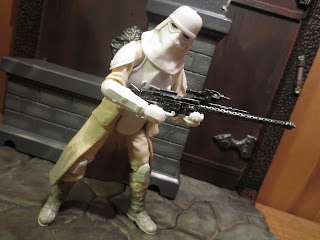 * Hasbro has been putting out some excellent, quality action figures and the Snowtrooper doesn't break that tradition. While the legs have some mobility issues due to the duster (I'll get to them in a minute), the upper body moves great. Even with all of his armor and the hooded head, this figure still is quite poseable. 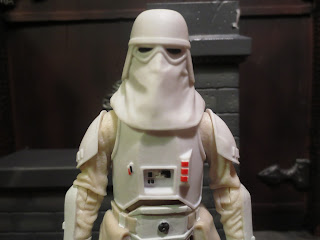 * The headsculpt is perfect here as it really looks like a helmet and hood covering a human head. Really excellent work! 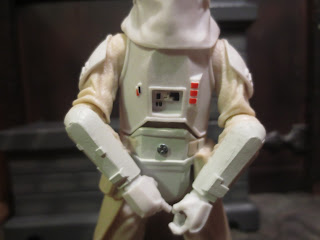 * Here's a shot of the forearm armor, chest armor, abdomen armor/belt buckle, and the codpiece. Hasbro always does a really nice job on the armored costume elements and the Snowtrooper looks incredible. I like the bright white shine of the armored bits! 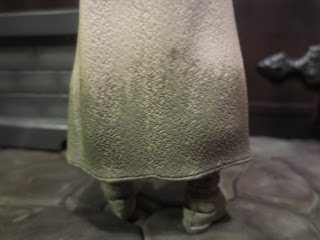 * The duster not only has a nice sculpted texture but the weathering on it is excellent. It definitely looks like it's been worn on more than one Imperial campaign and been drug through plenty of slush. 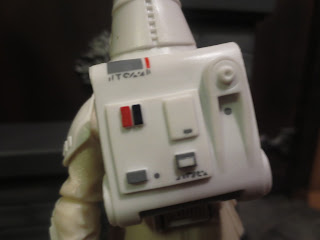 * The Snowtrooper's pack is quite elaborate and seems pretty spot-on. Comparing this to the Complete Visual Dictionary, you can see that some shapes are a bit off but, overall, everything is accounted for. The paint apps are pretty nice, too; I love the writing under the heater and the homing beacon. 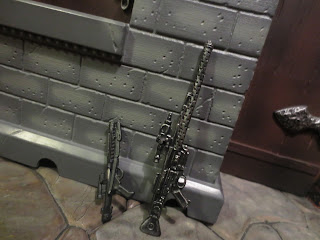 * The Snowtrooper comes with two rifles: A BlasTech E-11 and a BlasTech DLT-20A. The E-11 is pretty standard and only features one silver paint app while the DLT-20A actually has an impressive weathering pattern on it. It'd be cool if the figure's thermal detonator were removable but, as it stands, this is a decent pair of weapons. Nothing we haven't seen before, but still nice. 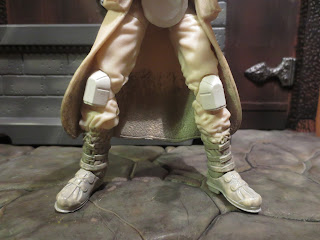 * While all of the expected articulation is included on the Snowtrooper, the bottom of the duster definitely hinders some of the leg articulation. This really is a case where a thinner material might have been quite welcome. I'm not sure that I'd like to see actual cloth here (maybe canvas) but anything to help the articulation range would definitely improve the figure. 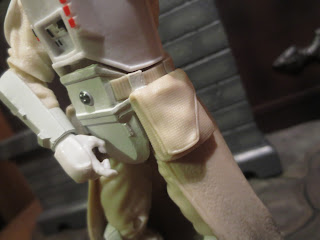 * Another problem with this figure is that some of the colors seem off. When I look at Star Wars reference materials for costumes and such, I usually check out the visual dictionaries and the 501st Costuming Databank. Looking at these resources, I'm not sure that Snowtrooper's colors are completely accurate as there seems to be too much of a yellowish off-white rather than the white or ivory that seems to be prevalent. Something just looks a bit off about it to my eyes. 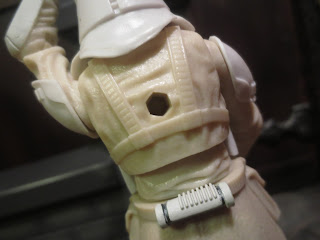 * Another detail I wish Hasbro had painted are the straps on the back of the Snowtrooper's torso. Again, while they technically may be the same color as the costume, a bit of paint would have just helped the detail to look better. 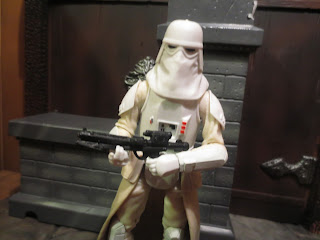 I do like this figure although the coloring of the duster and the sleeves really throws me off. Nothing I can find really shows the Snowtrooper in this ecru toned outfit. Still, this is a nice figure and a Great addition to the Imperial legions in the 6 inch store. Out of all 6 figures in series 9, I'd rank them from best to worst as Sabine Wren, Darth Revan AT-AT Pilot, Snowtrooper, Obi-Wan Kenobi, and Princess Leia. Overall, series 9 was a pretty good series with a good deal of variety.

For more figures from Phase III of the Black Series, check out the following reviews: