This is the Way: Scout Trooper from Star Wars: The Black Series Phase III by Hasbro 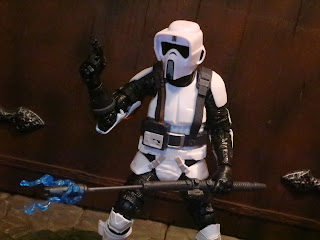 GameStop and Hasbro have been rolling out the Star Wars: The Black Series Gaming Greats releases this year and I recently stumbled upon another figure from the very cool subset: The Scout Trooper from Jedi: Fallen Order. Jedi: Fallen Order focused on melee combat quite heavily and gave many of the popular Imperial troopers melee weapons to combat Cal Kestis and his lightsaber skills. I've always been a fan of Imperial Scout Troopers (for years everyone just called them Biker Scouts) and when I saw this guy at GameStop I was pretty excited. At first you might just think this is a simple repaint/ re-release of the Scout Trooper released in Phase II or in the Archive collection but it turns out that this guy has quite a few new parts and a new accessory. These guys could be a bit of a challenge if they caught you off guard in Jedi: Fallen Order and it's nice to be able to add one to the Black Series collection. Let's take a look at the Scout Trooper after the break... 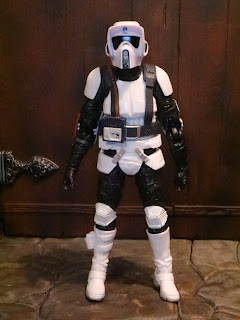 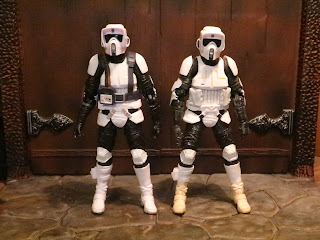 * On the left is the Gaming Greats Scout Trooper while the Phase 2 Biker Scout from the Speeder Bike set is on the right. While the Biker Scout has the pouches around his waist and abdomen the Scout Trooper has lighter, more standard looking armor and a cool harness. He's also a lot cleaner than the previously released Biker Scout. 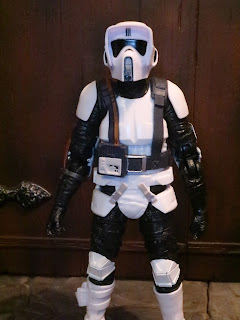 * I love the Scout Troopers and this one is quite impressive. He's got the same armor as the previous Scout Troopers in the Black Series but he looks a lot cleaner and he doesn't have the carrying pouches on the side. The armor plates look nice and many of them, especially around his waist and on his shoulders, are actual separate pieces to give him a more three dimensional look to his sculpt. 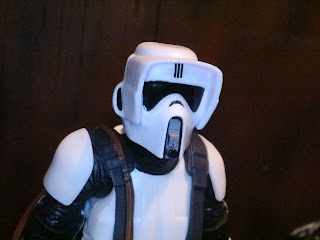 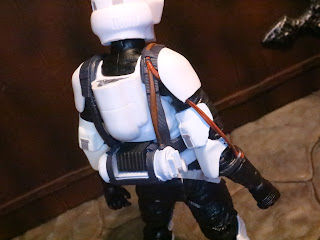 * The biggest difference between this figure and the previous Scouts is the harness he wears. It has what appears to be a generator of sorts on the back and a red wire that extends from the top of his harness down his right arm. It's not removable (well, not without damaging anything) but it is a separate piece fitted over his standard armor. 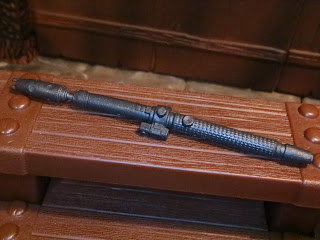 * In Jedi: Fallen Order the Scout Troopers use electrobatons in order to counter lightsabers so this figure comes with an electrobaton. It's a simple looking staff with a cattle prod like tip and a few little greeblies and such on the sides to make it look more advanced. 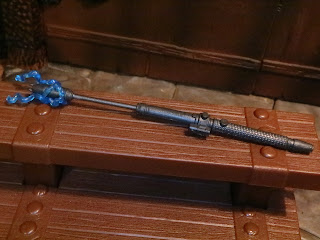 * The tip of the electrostaff extends out for combat mode and a blue electricity effect is included to show it in action. It looks pretty cool! 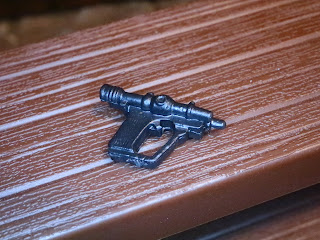 * The Scout Trooper also comes with his little EC-17 hold-out blaster. It's quite small but the figure holds it well. 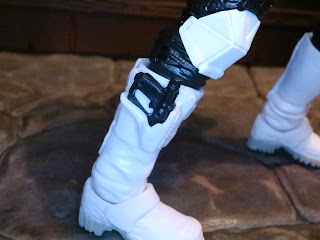 * When not using the EC-17 it stores easily in the holster in his boot. 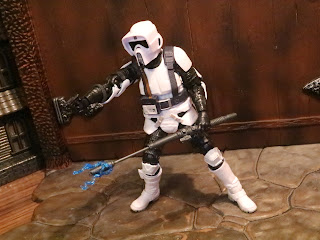 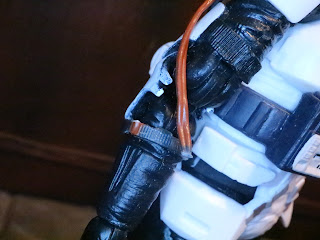 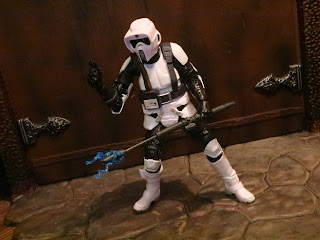 While you're paying the Hasbro exclusive tax on this figure, GameStop's recent string of sales on Star Wars figures and their new buy 5 get a 6th action figure free program for members definitely counteracts that, making them my go to place for Black Series figures lately. This guy's an exclusive and seems a bit tough to find. He's quite nice, though, especially because you're getting more than just a repaint. He's a Great and a 1/2 figure and a nice addition to the Jedi: Fallen Order subset. I wish we'd get some more actual characters from the game, though, but that's doubtful. Hasbro's never been much for supporting the video games with anything more than a few releases.

Are you a fan of the Biker Scouts/ Imperial Scout Troopers? If so then check out my reviews of the Hasbro Micro Machines Endor Forest Battle set, Funko's POP! Scout Trooper w/ Speeder Bike #234, and the 1/18th scaled Black Series Biker Scout.