Merry Christmas! It's been a crazy year and a rough year but, in so many ways, it's been kind of a good year too. While the tragedies of 2020 cannot be belittled I find that we have to focus on the joys and blessings of our own lives as well and, for me, there have been quite a few joys in 2020. I've been able to spend lots of time with my family and, as you've been able to see weekly since I started doing Barbecue's Bonfire regularly again in August, I've been able to share lots of the things that are special to me with my daughter. I hope that no matter where you are or what you're family looks like that you are also able to think of some things that brought you joy this year? How about we start with the most recent chapter of The Mandalorian? Warning: There will be some spoilers for Chapter 16: The Rescue here, so be forewarned...

To hide the spoilers after the break, I'll start with the official announcement Star Wars: The Book of Boba Fett. Yes, folks, we've got a Boba Fett series to look forward to next year. With the sad news of the passing of Jeremy Bulloch last week it's nice to see the character live on through Temuera Morrison who is doing an awesome job. I wish I could go back and share this news with 13 year old Barbecue17. He would absolutely flip!

And the big reveal after the break (again, Spoilers for Chapter 16: The Rescue! 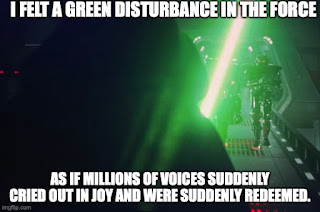 Y'all, seeing Luke Skywalker appear in The Mandalorian definitely caused me to shout, shake, squeal, and even shed a few tears. Luke is a childhood hero and seeing him here, in a way I always imagined, was amazing. I'm not a ST hater (I don't think) but they definitely disappointed me. This, however, brought me so much joy. The Rescue was an amazing episode that balanced Din Djarin's full team and introduced the most mind blowing Star Wars revelation I can think of in quite some time. I can't wait for season 3 to see where this goes. 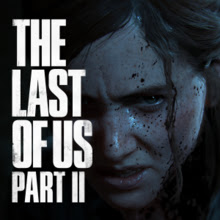 My wife gave me The Last of Us: Part II back in September for my birthday but I only started playing it in November. I just finished it over the past weekend and, man, was it good. I avoided anything about the game prior to playing it and while I had heard about some of the hate for the game secondhand, I didn't know why. Long story short, the game plays as well as the first but it definitely does some unexpected things, including introducing a new protagonist in addition to Ellie. Remember the shock you had when realizing that you'd be playing as Raiden instead of Solid Snake in Metal Gear Solid 2: The Sons of Liberty an hour or two into the game? This isn't that drastic but the new character does lend a different perspective to Ellie and her quest which is rather shocking. Definitely worth playing if you enjoyed the first one. 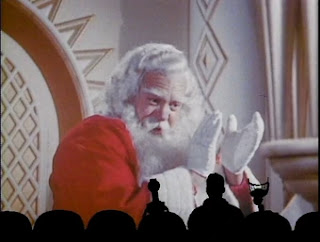 If you read Barbecue's Bonfire then you know I love Mystery Science Theater 3000. Seriously, now that we've discovered it's on Pluto TV we watch it even more. I actually own the MST3K version of Santa Claus on DVD and it's a holiday tradition despite being a terrible movie. Even by MST3K stands, this film about Santa Claus and a devil named Pitch fighting for the souls of children one can be pretty grueling. It's one of the earliest Mike Nelson episodes and it's filled with some great riffs and one of my favorite MST3K songs of all time: Whispering Christmas Warrior. It also has a great gift exchange (Crow gets a Steve Alaimo album while Mike gets a sweater that says "Joike", because Gypsy started it for Joel. Classic!

I've been reading Stephen King's 1994 novel Insomnia and I just finished it at the end of last week. Wow! This one was incredible. This is a Stephen King book I knew next to nothing about before I started reading it but it turned out to be one of my favorites. It's not a sequel to It but it does take place in Derry in the mid 1990s. Ralph Roberts, a recent elderly widower, begins to suffer from insomnia which opens him up to being able to see auras and terrifying visions that warn him of a terrible tragedy to befall the town. Ralph gets caught up in a showdown between pro-choice and pro-life activists that actually has ramifications that extend beyond Derry, even to the Dark Tower itself. Yes, this book has some very strong ties to the Dark Tower series. It's also unpredictable, well written, and quite heartwarming at times. I loved it.

I'm catching up on some Star Wars comics, too, and so I read the first volume of Star Wars: Bounty Hunters, Galaxy's Deadliest. Written by Ethan Sacks (who also wrote the Galaxy's Edge comic and the Episode 9 prequel Allegiance) with art by Paolo Villanelli and colors by Arif Prianto, Galaxy's Deadliest tells a story set between Empire and Jedi involving some of the galaxy's most notorious bounty hunters (Bossk, Boba Fett, and Beilert Valance) clashing over the fallout from a mission that took place years ago. This one has some great art and a pretty good story. I really like that Beilert Valance is becoming a major character in Marvel's Star Wars comics and this one gives him even more of a chance to shine.

The second Star Wars comic I read this week was Darth Vader Volume 1: Dark Heart of the Sith and, wow, was this one is amazing. Set after Empire, this comic tells the tale of Vader setting out to discover what happened to Padme and to uncover who hid his child from him. It's an incredible journey and writer Greg Pak and artist Raffaele Ienco tell it in an extraordinary fashion. Vader's journey takes him through the highlights of the story of Anakin and Padme, somehow making them really seem more emotional and, often, more heartbreaking than you may remember. It's one of the best tales I've read that interweaves the Prequels and the Original Trilogy and, even if you're only a casual fan of the Prequels, I think you'll love it. It's one of the best Darth Vader stories ever told.

Interestingly, right before I read Dark Heart of the Sith I watched Episode II: Attack of the Clones. We've been watching through the saga with my daughter in a somewhat haphazard order, though it made sense to follow up Episode I with Episode II. Despite this being the most flawed film of the Prequels (acting issues, mostly) I've always loved AOTC. It's just got some darn good scenes and everything is eye-catching. It's quite long, though, and my daughter was distracted a bit in the middle, but the droid factory, Jango Fett, and the lightsaber battles always roped her back in. I'm trying to decide if Episode II has more great action sequences in it than any of the other films. It just may and it's set piece after set piece. My daughter tried to look for Grogu in the Jedi Temple, but I had to disappoint her and let her know he just wouldn't be shown.

How about we wrap up things with the list of the most popular reviews and articles of the week?

Jango Fett (Star Wars: Bounty Hunter) from Star Wars: The Black Series continues to stay at the top of the list like the boss he is for his fourth week running! While he's mostly a repaint with the new facial printing he's a superior figure to the previously released Jango. Hasbro has been putting out some interesting figures in their GameStop exclusive Gaming Greats subset and Jango Fett from the 2002 game Star Wars: Bounty Hunter seems to be one of the most popular.

Luke Skywalker (Jedi Knight) from Star Wars: The Black Series is a review from a year ago. Gee, I wonder what could have got folks excited to check out this older review again, huh? Man, Luke's appearance in The Mandalorian season 2 finale was amazing. I bet this guy's going to be got again. How long until you think Hasbro releases a version of Luke Skywalker from The Mandalorian?

IG-11 from Star Wars: The Credit Collection is on his second week. The Credit Collection is a series of repaints based on the excellent concept art shown during the end credits of each episode of The Mandalorian. This is a series of repaints with a new roleplay credit accessory but since they look fantastic and nearly everything based on The Mandalorian sells like nerf nuggets at a podrace, these are hot, hot, hot!

Snake Mountain from Masters of the Universe Classics is debuting this week and I'm glad folks are reading this one as it was a beast of a review. Super7 really capped this line off with an impressive piece. Even though I have some quibbles with it, I'm sure glad to have it on my shelf.

Obi-Wan Kenobi (Jedi Knight) from Star Wars: The Black Series shows us that people still love the Prequels and, especially, Obi-Wan Kenobi. He's the second new debut for this week. Who else is ready for the Kenobi series?

Barbecue's Ramblings: 10 Star Wars: The Black Series Figures We Need From The Sequel Trilogy Era is the first of what is planned to be a series of top 10 lists and stuff just giving me a place to ramble on. It's proven to be quite popular and is here for it's second week. Jump over there and let me know what you think! Who has Hasbro neglected from the first 5 Disney Star Wars films.

Have a very Merry Christmas, a happy New Year, and I'll see you next year! What did you get under your tree or in your stocking this morning? Let us know in the comments below!