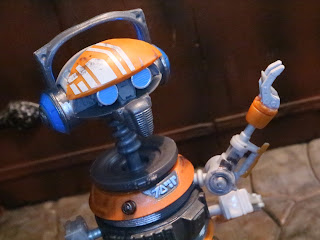 Today I'm excited to look at my first Star Wars: The Black Series review from the Target Star Wars: Galaxy's Edge Trading Outpost subset. When Galaxy's Edge opened last year Hasbro released a few sets of Black Series figures available at the park. One of those sets was the Droid Depot set which included a re-released R2-D2, re-released C-3PO, re-released BB-8, and a brand new DJ R-3X. Yeah, with most of the sets you had to buy a couple figures you already owned to get someone new. I'm sure it was a hit with visitors to the park who were casual fans or Star Wars fans who just didn't collect the Black Series but for those of us collecting the line since the beginning it was frustrating and not worth a purchase. Fortunately, Hasbro partnered with Target and we're getting most of those exclusive figures available in single packages. Today I'm looking at the only Galaxy's Edge figure I have so far: DJ R-3X. Who is DJ R-3X? Originally R-3X was RX-24, the pilot for the 1987 ride Star Tours. Referred to as Captain Rex (but not this Captain Rex), he was voiced by Paul Reubens (who voiced the character again the Rebels episode "Droids in Distress." In the books and comics released surrounding Galaxy's Edge, RX-24 is reprogrammed as a DJ, now called DJ R-3X, who manages the beats at Oga's Cantina at  Blackspire outpost. It's a cool way to fit the character in with Disney's newest Star Wars attraction and offers up a unique character for the line. Let's check out DJ R-3X after the break... 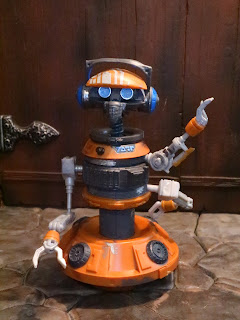 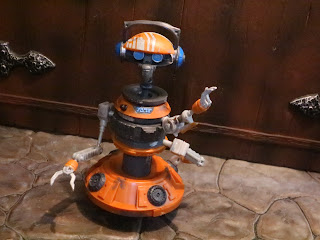 * R-3X has a very unique body design. We've gotten a decent amount of droids in the Black Series but most have been astromechs and protocol styled droids, so it's always cool to see one with such a unique design. DJ R-3X has a great silhouette and will really stand out on your shelf for sure. 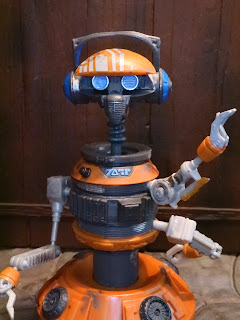 * The figure looks excellent. R-3X has been given a orange and dark grey paintjob and there are lots of nice paint effects to make him look worn and weathered in places. The sculpt is also extremely detailed with lots of little droid elements. 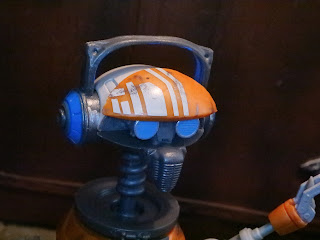 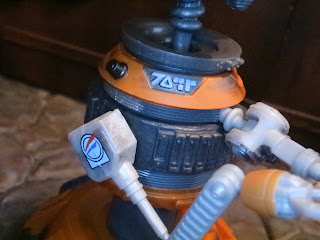 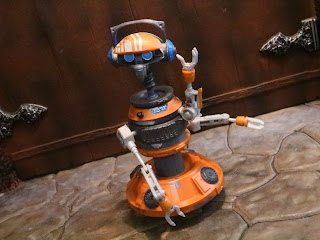 * DJ R-3X has some of the most unusual articulation on a Star Wars figure but it's really, really cool. He has three rotating cylinders around his body that each have an arm attached and each arm is loaded with more joints than Willy Nelson's glove department. Unusual stuff like an extending neck, a balljointed head, and swivel headphones means this is a figure you can really mess around with, even if he's not exactly built to take crazy poses. 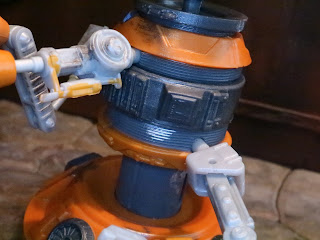 * The actual droid has lots of cool lights and such on these panels but Hasbro didn't add any paint apps here. That's kind of unusual as the Black Series usually is pretty on point when it comes to detail like this so I imagine this was dropped because the figure was originally just intended as a Disney Parks exclusive to a limited audience. 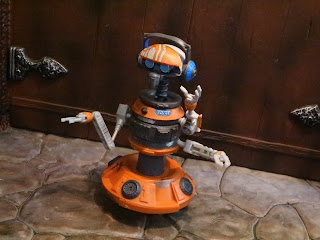 In a year with many incredible Star Wars: The Black Series figures, DJ R-3X is a cool novelty but only a Good figure. He's fun, unique, and a cool tribute to another area of the Star Wars galaxy, but with the heightened price and without any accessories, he's just not at the top of the heap this year. Still fun, though, and much better than having to track down the full set from the Disney Parks with three other figures you already have. At the very least he adds another unique droid to the Black Series collection and that's something to celebrate.

This is the first figure of DJ R-3X/ RX-24 I've reviewed on the site. For more figures from Star Wars: The Black Series Phase III check out the following: