The Road to The Rise of Skywalker: Jannah from Star Wars: The Black Series Phase III by Hasbro 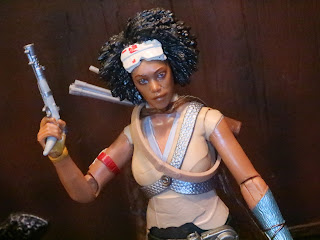 It's time for another Star Wars review and today it's another review of a figure from the upcoming The Rise of Skywalker: Jannah! Jannah's a new character and we really don't know much about her at all. She's played by Naomie Ackie, she's from the planet Kef Bir, she uses an energy bow, and she leads a group of warriors against the First Order. She's one of those characters that we're just going to have to wait and see how she fares once the film comes out. Jannah definitely has a unique look that seems a bit more post apocalyptic  than many other Star Wars characters. There are definitely folks having a difficult time accepting her look but I think it'll turn out fine. She does have lots of cool little details on her, too, as well as some interesting weaponry. Her weaponry has a very primitive feel to it, so it'll be interesting to see why she carries it. Are these standard weapons for her people or is she kind of a hipster? Let's check out Jannah after the break... 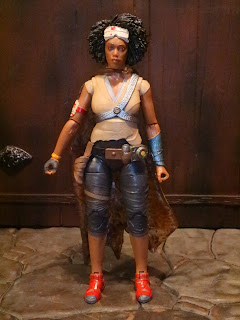 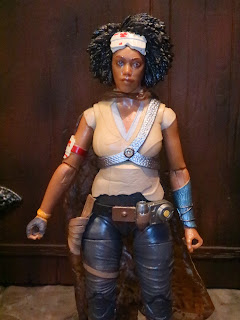 * Jannah certainly has a unique look compared to a lot of other Star Wars characters, and I've heard people compare her appearance to a character from The Walking Dead, Mad Max, and even the Lost Boys from Hook. She definitely has more of a post apocalyptic/ guerilla warrior look going on. There's something very modern about her outfit too, but, again, I don't dislike it. It's rather interesting and it does stand out from the usual robes and wraps or surplus military fatigues of so many Star Wars characters. Jannah has a great sculpt with lots of separately sculpted elements, such as the harness across her chest and her belt that's loaded with gear. The paintwork is pretty solid, too, with a nice mix of colors. 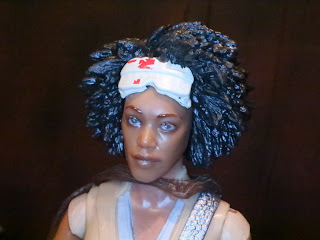 * I'm not very familiar with Naomie Ackie but from looking at some film stills of her the portrait looks fairly accurate. It's a good sculpt, although it does make Jannah look a bit older than Ackie seems to appear in real life. Her hair is great, however, with lots of detail, and she's wearing what looks like some sort of goggles across her forehead. They have no visible lenses but they're definitely shaped like they're meant to fit over her eyes. 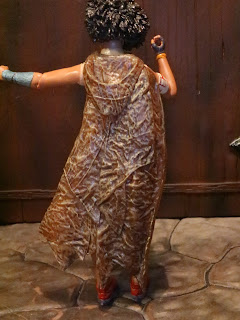 * Jannah is sporting a hooded cloak that looks to be made of some sort of animal hide. It's actually molded in a translucent plastic and given quite a few paint applications to give it a more realistic appearance. It's quite interesting. 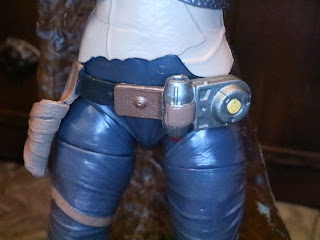 * I'm not really waiting for the visual guide for The Rise of Skywalker as I;m wondering what this device on her belt is. It reminds me of one of the devices that the Filmation's Ghostbusters carried around. I wonder what it is? 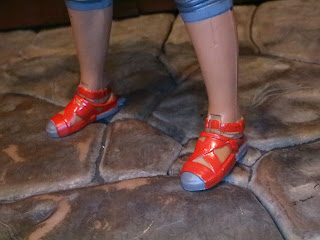 * Some people are giving Jannah a hard time for her shoes, but I think they're kind of cool. yeah, they're sort of a "modern" design, but they also look to be made of bright red plastic strips or something. Again, they stand out and I think that's a good thing. 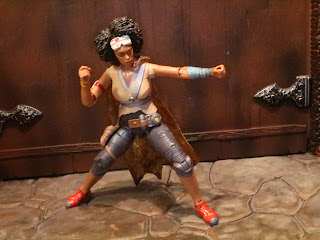 * Jannah is quite well articulated. The Black Series has been fantastic over the past few years and Jannah is another hit. Well, almost. Everything is great except it's tough to get her to do crouching poses. Not quite sure why. Otherwise, she's a perfectly fun figure with great range of motion and a durable construction. She holds her accessories quite well, too. 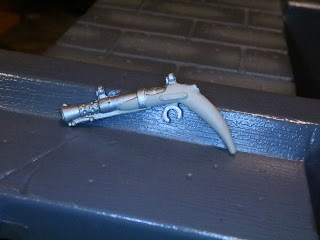 * Jannah has some interesting weapons, the first of which is this blaster pistol which kind of looks like an old muzzle loader. It definitely has a very "pirateish" look to it, doesn't it? I'm curious to see it in action. It has a great sculpt with a handle that almost looks like it's made of bone or something. 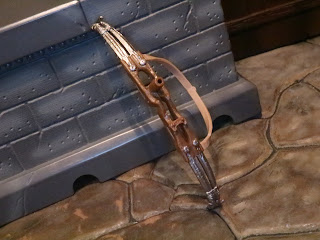 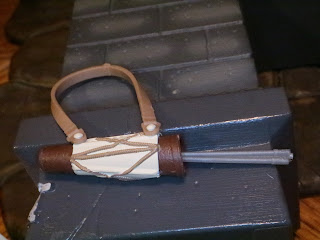 * Jannah's quiver has a cluster of arrows that can sit inside (they're one piece sculpted to look like three arrows), and a functioning strap. The strap is removable and can fit across Jannah's torso for toting this around. 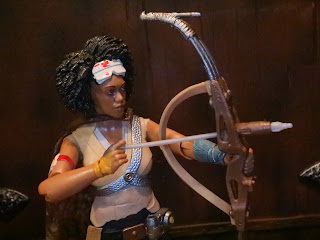 * There's a single arrow, too, and it slides into the energy bow for display. 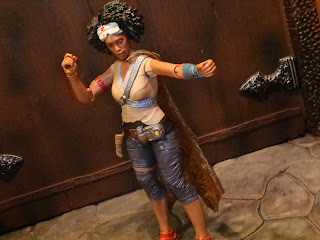 * I really like Jannah's cape, but it's not removable (you'd have to probably "boil and pop" her head off to remove it), which is frustrating because it interferes with her wearing her quiver and carrying the energy bow around. 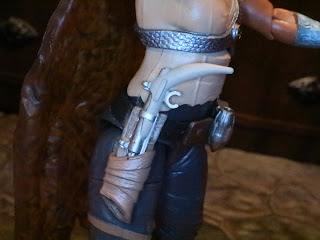 * Jannah has a holster for her pistol but the fit is so tight that putting the pistol in the holster causes the little sights on the top of the blaster to bend pretty badly. If you did this a few times I imagine you'd end up just snapping them off. 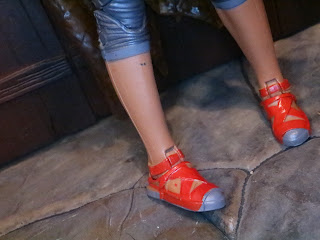 * Overall Jannah's paintwork is pretty strong, but she does have some errant paint marks on her feet and legs. Just a bit of quality control oversight here. 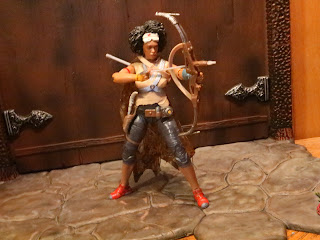 Jannah is a pretty unqiue feeling figure and I hope the character is given a good role and ends up being well received in The Rise of Skywalker. She's got a great design, some very unqiue accessories, and a look that differentiates her from the appearance of most of the Sequel Trilogy cast's costumes. Jannah is part of the second series of figures that hit after Triple Force Friday (alongside Cara Dune and the Jet Trooper), so she's been popping up in stores for a couple of weeks now. She's a Great and a 1/2 figure and if you're willing to take a chance on a character we know next to nothing about yet, she's a worthy buy.