While I reviewed the Target exclusive Luke Skywalker the other day, I'm excited that I'm finally getting the chance to review a new character from The Last Jedi after having seen the film. Today I'm looking at Rose Tico, whom the packaging awkwardly refers to as Resistance Tech Rose for some reason. Why not just call her Rose Tico? Anyways, Rose is one of the new main characters introduced in Episode VIII. Played by Kelly Marie Tran, Rose joins Finn and BB-8 on a secret mission to the casino city of Canto Bight to track down a notorious slicer known only as the Master Codebreaker. While Rose and Finn's storyline is arguably the weakest of the three storylines that runs through the film, Rose is one of the most interesting and well developed characters in the film. It was nice to have such an optimistic Resistance who adds something different to the previously assembled new cast. A lot of internet chatter early on seemed to revolve around this figure being rather visually "boring" but having her in hand I'm finding her to be one of my favorites from the series. Read on and find out more... 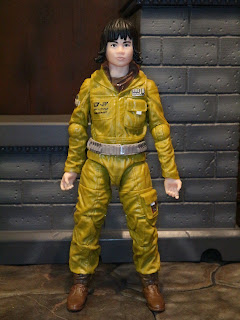 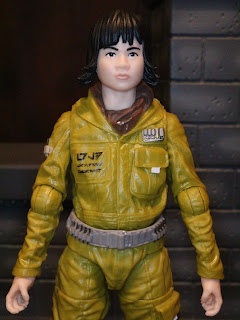 * While Rose may not have a very Star Wars-ish name, her outfit is very classic Star Wars. It's a somewhat militarily colored set of coveralls with lots of unusual little doodads all over it. It feels like something that could easily have been seen at any point in the Star Wars saga but that particularly looks right at home for the battered and bedraggled Resistance. The sculpt is excellent and while there are not a ton of paint operations, what is here works great. 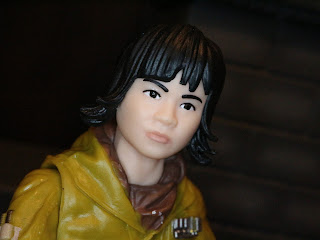 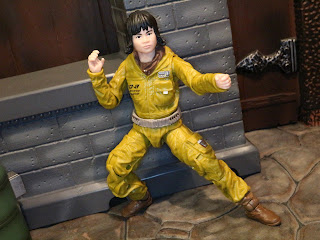 * Rose is as well articulated as nearly every other figure in the line. Her joints are plentiful and have an excellent range of motion, particularly in the shoulders, elbows, and ankles. While some folks might not called these super articulated compared to many of the higher end lines like One:12 Collective or Mafex, for the money I think Hasbro has one of the best articulation setups available at mass retail with this line. They're sturdy, poseable, and fun. 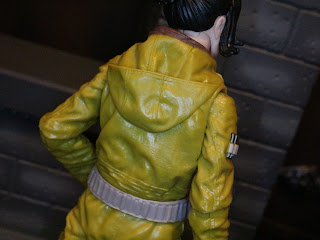 * I love the wrinkles in the technicians coveralls Rose is wearing. She has an impressive amount of really nice detail. I also like the hood hanging down in the back. It's not functional but it's an excellent detail. 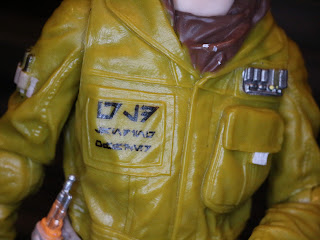 * The aurebesh on Rose's chest reads: GLD, Landing Officer. This identifies Rose as part of the Ground Logistics Division, part of the crew who would handle the repair, fueling, and maintenance of ships. The printing is extremely neat and this and the fact that it's legible (although I did have to magnify it a bit) is a tribute to the printing work Hasbro used here. 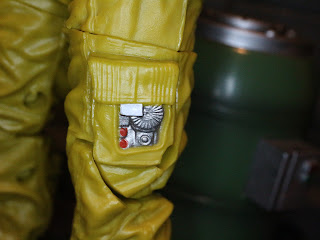 * I have no idea what is in Rose's left cargo pocket but it's very, very cool. I love the little techy details. 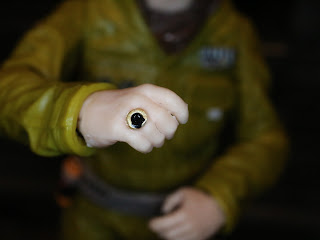 * One of my favorite details is the antique ring that Rose wears on her right hand. In the film it's able to flip open to reveal the Rebel Phoenix logo. It's a cool concept and plays a meaningful part in the film. I'd love to own a prop replica ring. 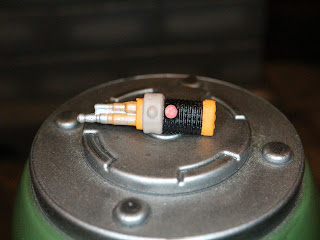 * I love the inclusion of the electro-shock prod. Everyone was speculating as to what this accessory was prior to the film's release so it's cool to see that it turned out to be a somewhat significant accessory. The paintwork on it is quite nice and it fits nicely in Rose's hand for real "Finn shocking action!" 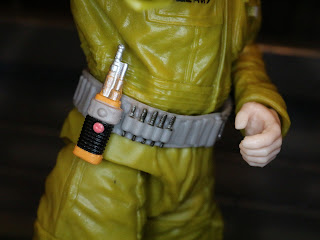 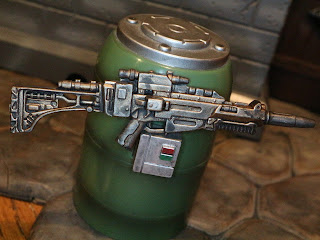 * Rose also comes with a Blastech EL-16HFE rifle which is very similar to the rifle included with the Target exclusive Poe Dameron figure from The Force Awakens. The paintjob and sculpt is excellent. I love the weathering effect on this blaster. 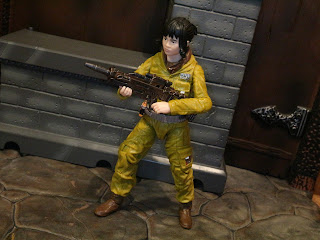 This is the first version of Rose available in the 6-inch Black Series line but she does have two other costumes in the film that could be made as well. I really like this one. I can understand why folks might not think it's the most exciting figure visually but after seeing the film and being introduced to the character I think it's one of the best in the line. This is an Epic figure with excellent sculpting (including some really great work at making the suit look baggy like coveralls should be), clean paint and printing, and some excellent accessories.

This is the first item based on Rose Tick I've picked up. If you're looking for more Star Wars: The Black Series figures, check out the following: