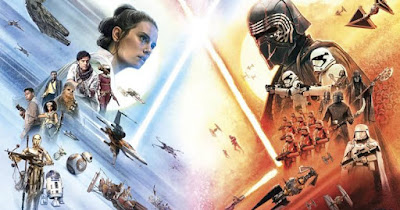 Since we've got cold weather right now I guess we need something to turn up the heat, huh? Yeah, when you need some good ol' fashioned flame wars it's always best to bring up the Star Wars Sequel Trilogy. I'm speaking mostly in jest, though, as today I'm mainly focusing on the Star Wars: The Black Series figures we still need from the first five Disney Star wars films, which I'm calling the Sequel Trilogy era. It's crazy to think that between 2015 and 2019 we received a Star Wars film every year! With the Sequel Trilogy and the two spin-off films, Rogue One and Solo, Disney and Lucasfilm tried to capture the frenetic pace of the Marvel Cinematic Universe film releases and it....well, it didn't work so well. Oh sure, 4 of the 5 films made gobs and gobs of money, but the Sequel Trilogy ended up being divisive and incoherent. I love Rogue One and Solo, and I actually really like The Force Awakens, too, but the latter two Sequel Trilogy films, The Last Jedi and The Rise of Skywalker, show the weaknesses of the Sequel Trilogy: No clear direction, no coherent plot, and a constant reactionary mentality. But we're not here to talk about the films, though. No, we're here to talk about the action figures from those five films that Hasbro still needs to make.

While Star Wars: The Black Series seems to be doing really, really well, continually producing exceptional figures, there definitely were some rough patches between 2015 and 2019 where products from those films were over-ordered and languished at retail (just last week a local Walgreens still had the TLJ Poe Dameron and Cassian Andor. Not all of the figures warmed pegs, but enough that Hasbro seems to have moved on from producing much product from the films. That's probably for the best right now but, as someone who loves collecting Star Wars figures, particularly the Black Series, there are some characters I hope Hasbro does eventually release. Maybe they'll merge them into the main line over time, one or two per year, or maybe they'll be some sort of special offers on Hasbro Pulse, but they're figures I think we need yo copmplete collections and rosters. With The Mandalorian being an absolute hit, I really think we've reached a nice point to divide up the Disney era (even though it premiered before ROTS, The Mandalorian feels like the beginning of a new era for Star Wars). While it seems like figures from The Mandalorian, the Original Trilogy, and the Prequel era are always going to be on the table, this list is about the figures from the last era of Star Wars that we could possibly miss out on if they're not made soon. (Maybe not Rogue One, as that seems to be pretty well received and the least divisive of the Sequel Trilogy era films). Anyways, after the break let's see the 10 Black Series figures Hasbro still needs to deliver to collectors from the Sequel Trilogy era...

This is probably the most obscure choice from my list but I still think that Sidon Ithano is one of the most visually interesting characters in the Sequel Trilogy. Look at that outfit! He's incredibly eye-catching and he has cult favorite written all over him.  Hasbro could do an amazing job with this guy in the Black Series and since background aliens, scoundrels, and various other unsavory characters always seem to sell quite it feels like he could fit in to any series of figures. 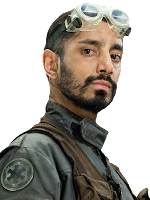 #2 Bodhi Rook from Rogue One: A Star Wars Story

If you ask many collectors what one of the most glaring omissions in The Black Series you'll often find Bodhi Rook's name pop up. Despite not being a household name Bodhi Rook is a key part of the plot of Rogue One and a part of the titular team. He's actually the only member of the Rogue One crew Hasbro didn't release in the Black Series (they did release a 1/18th scale Bodhi and Disney released one of those weird metal figures). Since Rogue One is pretty universally loved Bodhi Rook seems like a figure we'll see at some point. I've got a couple other Rogue One figures on the list which would make a great Fan Channel exclusive set or a retailer exclusive (as much as I hate to suggest retailer exclusives). 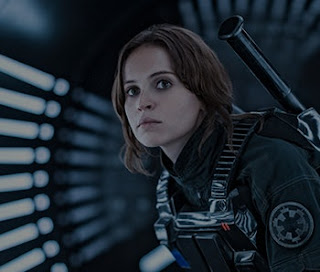 #3 Jyn Erso (Imperial Ground Crew Disguise)
Yes, the original Jyn Erso was a bit of a pegwarmer, but that's mostly because she was released three different ways and repacked too many times. She's the lead of the greatest film from the Sequel Trilogy Era films, though, and her Imperial Ground Crew Disguise from the assault on Scariff is an incredible look from a pivotal moment in the Star wars saga. We need a photo real Felicity Jones in this line! Also, if Hasbro plays their cards right with a removable helmet or swappable head, the figure could double for army builders as a standard Imperial Ground Crew member.

#4 Saw Gerrera from Rogue One: A Star Wars Story
Saw Gerrera, like Bodhi Rook, is another character whose absence seems inexplicable. He was a major part of the marketing of the film, a prominent character in the film, and a previously known, visually interesting character played by a well known actor Forest Whitaker. Now that Hasbro has greatly improved the quality of their Black Series figures Saw's battle weary visage and incredible costume could make for one of the most visually striking Black Series yet. He's make for an excellent Fan Channel set along with Bodhi Rook. 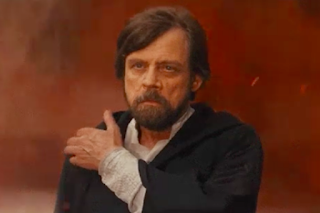 #5 Luke Skywalker (Crait) from Episode VIII: The Last Jedi
Luke has three different outfits in The Last Jedi and Hasbro only made one of them. That is baffling. Luke has one scene where he actually uses a lightsaber and Hasbro still hasn't made it. This is Luke Skywalker. He is Star Wars. I don't care how bad you hate this move (it's my least favorite) but who doesn't want a figure of Jedi Master Luke Skywalker? The Vintage Collection got this, so hopefully the Black Series will, too.

#6 Qi'ra from Solo: A Star Wars Story
* While they didn't release many background characters in the line Hasbro did a pretty good job of covering the main cast of Solo. The strangest and only glaring omission is Qi-Ra. Yeah, they released a Qi-Ra figure, but it was young Qi'ra from the film's prologue, a figure who doesn't make sense to display with anyone except Moloch. Emilia Clarke has a couple fantastic looks in the film but this is her main look and would make for a nice display piece to go along with the rest of the crew. 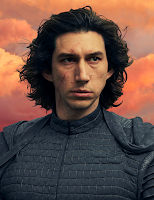 #7 Ben Solo from Episode IX: The Rise of Skywalker
* "Wait!" you probably just said: "Don't we have a bunch of Kylo Ren figure already?" Yes, yes we do. Still, I think Hasbro would do well to give us a final figure of the redeemed Ben Solo from the end of ROTS. Why? Well, for one, Adam Driver was one of the highlights of the Sequel Trilogy and he always seems to be a brisk seller. For another, we really need a Ben Solo with the photoreal headsculpt. If Hasbro really wanted to they could put him in a 2 or 3 pack alongside of an updated Han and/or a ROTS Leia. 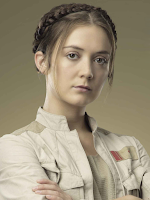 #8 Kaydel Ko Connix from Episode IX: The Rise of Skywalker
* The Rise of Skywalker gets more figures on the list than any of the other Sequel Trilogy era films for the simple fact that it was the least merchandised. Hasbro really didn't seem to have a lot of faith in the film. That being said, Kaydel Ko Connix, played by Carrie Fisher's daughter Billie Lourd, really needs some representation in the line. She's in all of the Sequel Trilogy films and is a steady background character. She kind of reminds me of Wedge Antilles from the Original Trilogy in that respect. 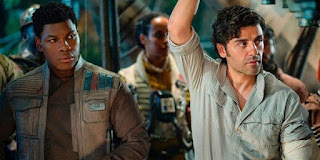 #9 (Tie) Poe Dameron and Finn from Episode IX: The Rise of Skywalker
* Yeah, this is a bit of a cheat but it's a tie: It's ludicrous that we didn't get any version of Poe or Finn from Episode IX. I liked their outfits and would love to have these main characters with the photoreal updates. Seriously, throw in a new BB-8 and this could be a pretty solid pack. 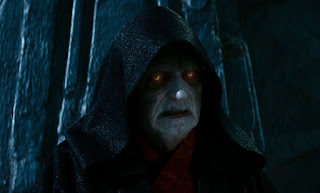 #10 Clone Palpatine from Episode IX: The Rise of Skywalker
* While learning that Palpatine/ Darth Sidious was behind everything wasn't a huge surprise (the film trailer hinted at this) it is surprising that Hasbro hasn't announced a figure based on the terrifying Clone version of Palpatine. I mean, he's kind of the big bad who's behind everything in the ST, right? His absence is definitely noticed.
What do you think? Are there any other major characters I missed or something I left out? Rogue One and Solo both have dozens of fantastic aliens and droids and there are obviously main character variants like different versions of Leia, Luke, and Lando that were never made. The remaining Knights of Ren also made the list as an entry. I think I covered the biggest absences, though, along with a few personal favorites. Who do you still want to see from the Sequel Trilogy era films? How do you think Hasbro could best release these? Feel free to comment below with your thoughts!