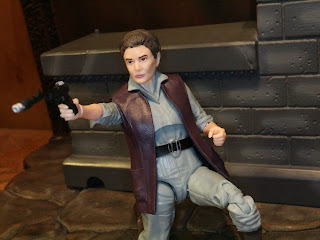 As we make our way closer and closer to the release of The Last Jedi (less than 90 days away!) we're checking out a figure from.... The Force Awakens? Yup. Apparently it's taken Hasbro about two years to release action figures of some of the main characters from The Force Awakens and we're now just finally getting an action figure of General Leia Organa from Episode VII. Sadly, it's after the passing of Carrie Fisher, so the arrival of this figure definitely feels very bittersweet. Let's check this figure out after the break... 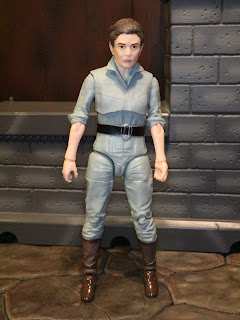 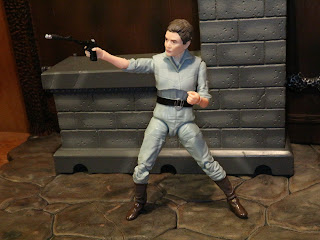 * One thing I can say about most Star Wars: The Black Series figures is that they are durable, well articulated figures that also feel like good, sturdy toys. Rarely am I disappointed by them. General Leia Organa is as good as any of the rest and can take a wide range of poses, even kneeling down and firing her blaster. 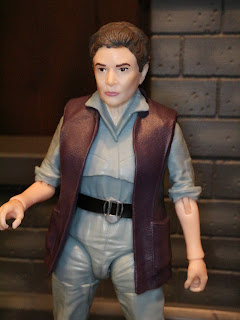 * Leia's outfit definitely shows her favoring her role as a General instead of her role as a Princess. It's very reminiscent of the combat gear worn by Leia in Return of the Jedi. Another thing that's cool about this outfit is that the purple vest is removable, meaning you actually get two unique looks for the character. 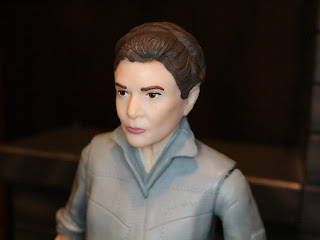 * While it may not be 100% perfect, I think that Hasbro did a pretty solid job of capturing Carrie Fisher's likeness. The hair looks pretty good, too. Again, it reminds me of Leia's hairstyle during the mission to Endor. 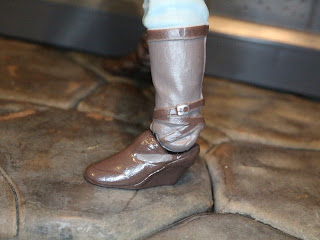 * I'm digging Leia's boots. They're an interesting design that seems combat ready while still adding in a bit of a wedge to give her a little more height. 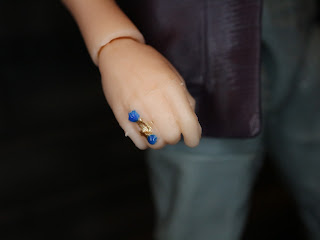 * Leia also has this cool ring on her right hand. It's a detail that could have been easily overlooked but Hasbro captured it here. It looks pretty nice. 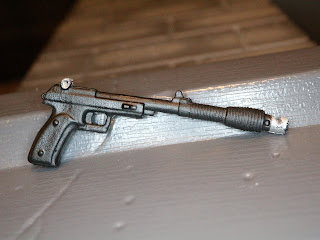 * Interestingly, General Organa includes a Defender sporting blaster similar to what she often uses in the Original Trilogy (it's a slightly up-sized version of the model included with this figure) . As far as I can recall, Leia doesn't uses this blaster in TFA. She actually uses a Glie-44 according to the Visual Dictionary. There are quite a few of those floating around in this series, though, and considering the paintwork on this Defender is an improvement over the previous version, I'll still consider it a positive. 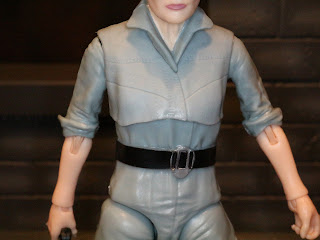 * Rather than add the mid-torso articulation point closer to the waist like many other figures (perhaps where the belt is), Hasbro added it under Leia's bust. I have to admit that this makes it look really strange and a bit less functional. 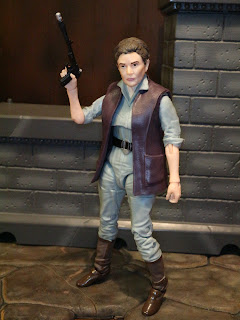 I'm pretty happy with General Leia Organa. While there are still plenty of Original Trilogy and Marvel Comics outfits for Hasbro to get too, it's nice to finally have the Big 3 in their The Force Awakens looks. Leia's a nicely articulated figure with a solid headsculpt, great articulation, and the ability to sport two different looks. I'm really curious to see what looks we get from Leia in Episode VIII, but for now I'm content with this figure as a representative of the Resistance Leader. She's a Great addition to the line!

If you're looking for more Star Wars: The Black Series figures, check out the following: