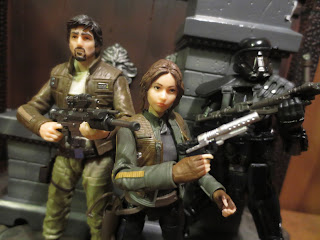 We're only a little over a month away from the release of Rogue One: A Star Wars Story and I've got a review here of another one of the current store exclusives available from Hasbro's Star Wars: The Black Series. This time it's Target's exclusive three pack which includes an all new Captain Cassian Andor, an Imperial Death Trooper with a new accessory, and the exact same Sergeant Jyn Erso figure Hasbro has sold us twice before already! Yeah, this set is a real mixed bag. Not only is is a three pack but it features two figures you probably already own if you're collecting this line, only one of which has anything different about them. Hasbro has had some poorly chosen case assortments in this line over the past 3 years (my local Walgreens still has a few Obi-Wans for sale if you want them) but this is the first time they've forced collectors to buy a straight repack as part of an exclusive set. It's pretty annoying.  Join me after the break... 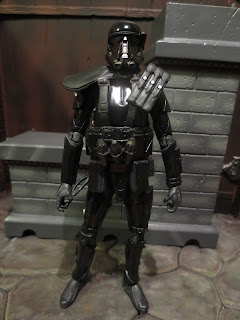 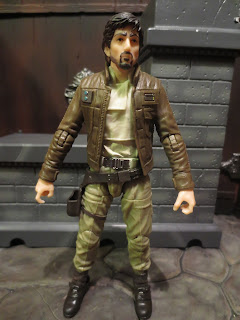 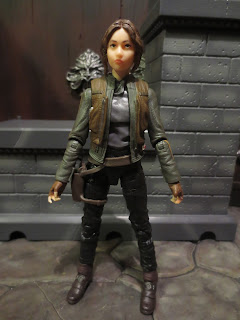 Non-Scalper Price: $55-$60 dollars(Target has run some good specials on this and I think I got my set for under $50 shipped) 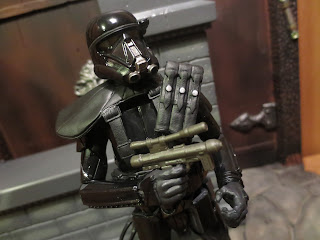 * The first figure I'm looking at is the Imperial Death Trooper, a figure I already reviewed back in early October. This is the same exact figure as the one released by itself except for the fact that this guy comes with some gear strapped to his body. Honestly, this one being re-released doesn't bother me that much. The Death Trooper is an army builder and the inclusion of the harness is definitely something new 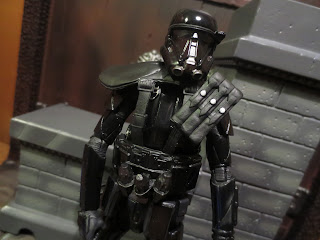 * Here's a shot of the combat belt that comes with this version of the Imperial Death Trooper. It would be removable if you really, really pulled to get the head off. The heads have been on these figures very securely lately, and aren't easily removable like the earlier figures. It's a cool looking belt with some pouches for magazines on the left shoulder, a pauldron on the right, and some grenades across the stomach. Kind of like the Sandtrooper's equipment, really. 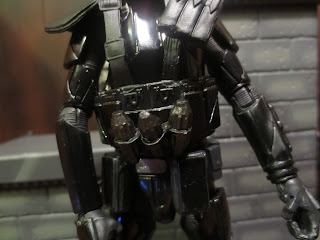 * The grenades across the Death Trooper's torso are really cool. Too bad they're not removable. Those would have been a really nifty feature. 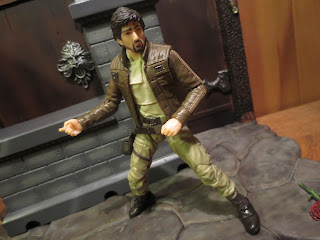 * Let's look at the reason you're probably buying this set: Captain Cassian Andor. Dressed in an outfit that is just pure classic Star Wars (and not entirely unlike Lone Star's), Cassian really appeals to me. He's a solid, well built figure with the articulation you'd expect from this series. 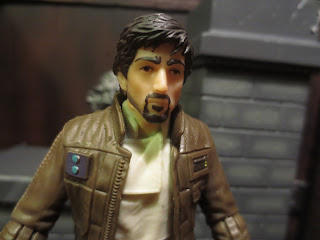 * This isn't the perfect likeness of actor Diego Luna, but it's a decent headsculpt. The Black Series has a slightly caricatured look and Cassian Andor should fit in just fine alongside everyone else. 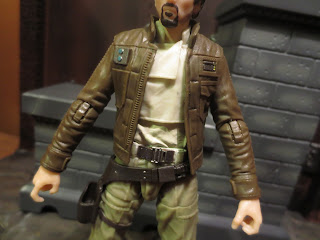 * I'm totally digging this outfit. The jacket looks great and the simple, muted earth tones look really cool. There are some really nice sculpted elements on the jacket, too, and they provide a rather interesting look when viewed up close. 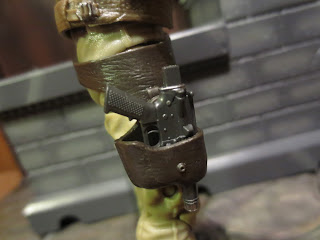 * Cassian comes with his distinctive blaster pistol, although it's a bit different than the one included Eadu version of the character. It's nicely molded in a dark metallic looking plastic and fits securely in the very cool holster on Cassian's right hip. 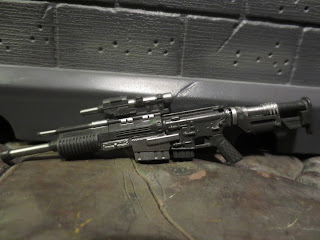 * If there's a completely justifiable reason to buy this set, it's Cassian's blaster rifle. It's actually three separate pieces (the pistol, the stock, and the barrel with scope) and it fits together and breaks apart perfectly. And, oh my gosh, this is one of the rifles like the Rebels use on Endor! I've always loved this piece of equipment and it's so cool to see it here. This thing works beautifully, feels nice and sturdy, and has an incredible sculpt and paint job. 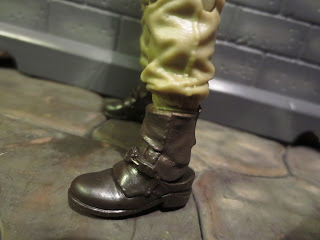 * It seems to be a weird trend with this line, specifically the Rogue One figures, but the tops of Cassian's boots don't match the bottoms. Bizarre, huh? The colors are off a bit. It's actually a bit more noticeable in person. 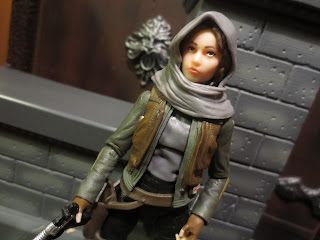 * The third figure in this set is Sergeant Jyn Erso in her Jedha outfit. And yes, it is the exact same figure as the standard release, which most people probably picked up either on Force Friday 2016 or as one of the SDCC 2016 exclusives, where it was also released. Yup, Hasbro has now released this figure three times and the film isn't even out yet. I'd love to have Jyn in her Imperial Ground Controller disguise, or in this same look without the jacket. Heck, had they included her blaster rifle, I'd be a little happier. This is just ridiculous, though. 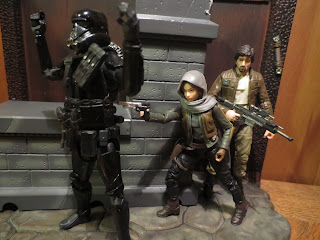 I really like all three figures in this set and, by themselves, I gave the original Death Trooper an Epic rating and Jyn a Great and a 1/2. I'd probably give Cassian Andor a Great rating. Of course, I'm really aggravated that Hasbro would attempt to offer a six scale exclusive with repacked figures that are still so recent, and one of them isn't even an army builder. Factoring that in to the equation, I'm more inclined to give this set a Eh and a 1/2 rating. The figures are nice, but the sales method is really frustrating. If you've managed to avoid buying these figures, this set is an easy Great and a 1/2. Otherwise, just wait for a sale or clearance. I'm afraid this set is going to sit for awhile due to the higher price and repacked figures.


For more Rogue One goodness, I've also reviewed the single boxed Imperial Death Trooper, the Eadu version of Captain Cassian Andor, and both the Eadu and Jedha versions of Sergeant Jyn Erso.

For more Black Series reviews, check all of these out: