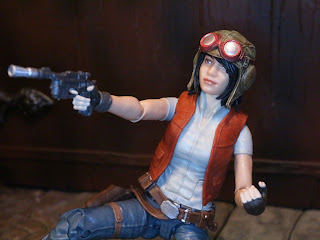 I'm making my way through the newest series of Star Wars: The Black Series figures and next in line for review, joining BT-1 and 0-0-0, is Doctor Aphra. Hasbro was very smart to release Doctor Aphra with the Droids as the presence of all three figures automatically makes each of the individual figures more desirable. I've felt that the Black Series would benefit from more themed waves and this seems like a small step in the right direction. I love Doctor Aphra, so much so that I actually purchased the 1/18th scale Doctor Aphra figure from the Vintage Collection last Fall. We knew a Black Series version was coming, however, and here she is. What's really interesting about this figure, besides the fact that she's one of the first figures from the New Canon in the Black Series line, is that she features a lot of reuse. We've seen droids and armored troopers rely on reuse but Doctor Chelli Lona Aphra might be the first regularly clothed human figure to take advantage of clever reuse to craft a completely new figure. Yes, while you may not realize it right off the bat, Doctor Aphra reuses quite a bit from...wait for it... Jaina Solo. Yup! Who would have thought, huh? While I applaud Hasbro's commitment to using unique sculpts and accuracy for movie characters, I'm A-OK with clever reuse to offer us more characters from books and videogames. Let's see how Doctor Aphra turned out after the break... 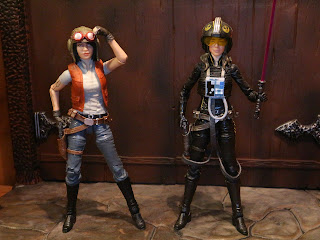 * On the left is Doctor Aphra. On the right is Jaina Solo. At a glance they look nothing alike. It turns out that the figures share torsos, waists, belts/holders, and legs/ boots. Yup. The colors and other accoutrements really hide this well, so you'd never notice it unless really staring at both figures in hand. Personally I'm thrilled with this reuse for characters from non-film media and I hope it means we see more characters like this in the future. 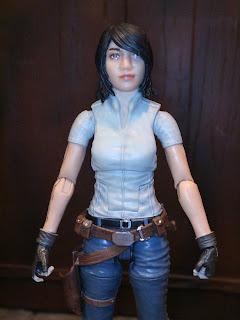 * While she's reusing Jaina Solo's torso, waist, and legs, the paint work really does a great job of capturing the look of Doctor Aphra quite well. Aphra has new arms with short sleeves and flight gloves as well. The outfit really works well for Aphra's casual, roguish outfit and definitely feels very faithful to the character. 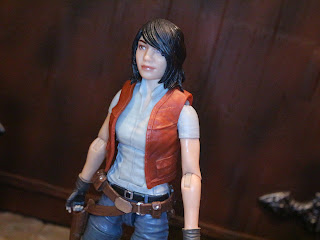 * Aphra's outfit is completed with the inclusion of a red vest. It fits her well and looks great. Seriously, with this vest on you'd never know that this used the Jaina Solo body at all. * Like the Rebels figures, Doctor Aphra's portrait is Hasbro attempt to render the character as if she were a real person, allowing her to stand alongside the rest of the realistic looking Black Series figures that mostly come from films. Doctor Aphra  has a round face and straight, dark hair that obscures her left eye. I think Hasbro did a pretty solid job here. She's not quite how I picture Aphra but it's solid work nonetheless. * Unlike the Vintage Collection figure, this Doctor Aphra figure has a removable flight cap. I love the look of this! It's weathered, worn, and has some very nice looking goggles on it. The paint work is exceptional and the fit is near perfect. She really looks great in this, doesn't she? * Since she used the Jaina Solo body, Aphra has some incredible articulation. Not only does she have all of the joints you'd expect but she also has a hinge joint below her mid-torso balljoint. With less extra stuff on her body than Jaina had, Doctor Aphra's articulation is even smoother and more useful. 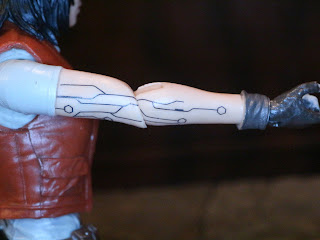 * Like on the Vintage Collection figure, Doctor Aphra's unusual tattoos are very nicely rendered. The lines are clean and highly visible, even looking good despite the fact that they run across the elbow joint. 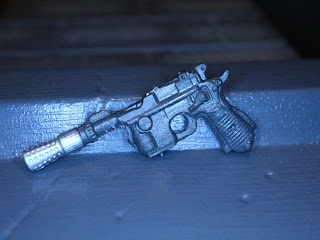 * Doctor's Aphra belt changes pretty frequently, so I have no problem with Hasbro reusing the Jaina Solo belt as well. It looks great, fits the character, and has an excellent holster to stow her pistol away in. 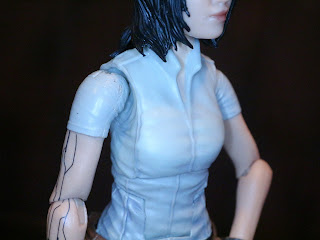 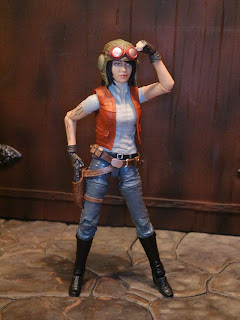 The latest series of Star Wars: The Black Series figures is looking to be one of the strongest yet. With 6 new figures, and none of whom seem to be a dud, Hasbro is on a roll. Doctor Aphra is another Epic figure. Through lots of clever reuse and some great painting and sculpting, Hasbro has delivered another figure that definitely didn't seem like she'd be a shoe-in for the line. I really like Doctor Aphra (I've got the newest trade sitting here to read soon) and I really hope Hasbro continues to mine her comic for more great characters. For the comic based characters I'm definitely OK with Hasbro reusing parts if it means we get more characters. Even if you're not a fan of the Sequel Trilogy, the Marvel Comics have been overall pretty good and a ton of fun with some fantastic new characters. Having Doctor Aphra, BT-1, and 0-0-0 on the shelf is pretty cool and definitely makes the Black Series seem even more expansive than ever!


If you're a Doctor Aphra fan also check out my review of the Vintage Collection Doctor Aphra.