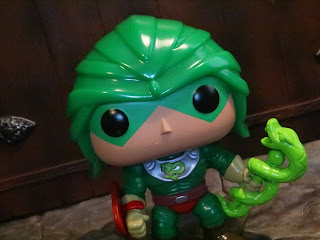 It's been a couple weeks since I reviewed one of the Masters of the Universe Funko POP! exclusives that were intended for NYCC 2020 so let's work to finish that set up, starting with King Hiss #1038 today. I'm really liking that Funko is offering up some MOTU characters we don't see in every licensed line and King Hiss and the Snake Men definitely are a faction that hasn't received much attention from anyone other than Mattel in their main MOTU lines and NECA's 200x stactions. Soon Funko is going to be switching the MOTU brand from their POP! Television line to the POP! Retro Toys line, which makes more sense; most of the MOTU releases lately have been absolutely based on their vintage toy counterparts and many of these characters never appeared in the Filmation animated series. I distinctly remember picking out the vintage King Hiss toy from a store as a child and I've always had an affinity for the character. Let's check out this disguised serpentine villain after the break... 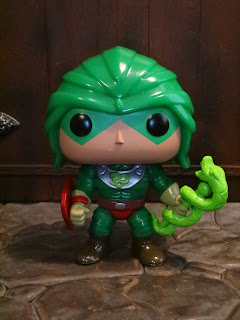 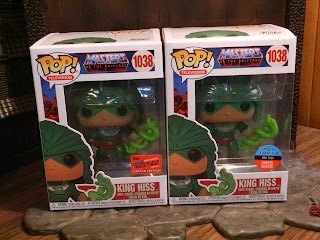 * I ended up with a King Hiss from both Funko and Toy Tokyo, so here's a look at the boxes of both. The only difference is the sticker in the bottom right corner. I didn't get my hands on the Vinyl SODA Spikor from Funko Shop and the only way to get him was to order the set of exclusives from Toy Tokyo, so I've got a duplicate. 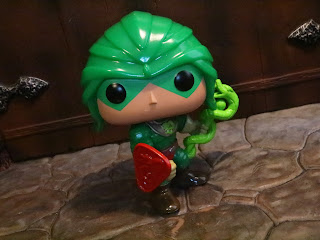 * King Hiss looks awesome. I love the bright emerald green used for his armor! He looks really nice. Of course, he's got a swivel head like most other POP! vinyls, so you can give him a bit of a pose on your shelf. 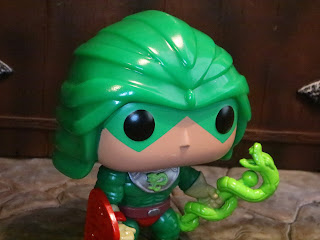 * The headsculpt depicts King Hiss in disguise. He's wearing a weird green helmet and an eye mask to hide his true snake form. I think the intention from the earliest media was that he pretended to be a heroic character to get close to his enemies in order to surprise them. 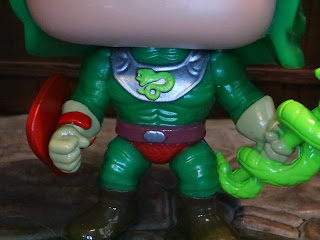 * His armor looks fantastic! The details are quite crisp, particularly his Snake Men logo. He's also got scales on his red trunks which seems like a bold choice. I can respect that, though. 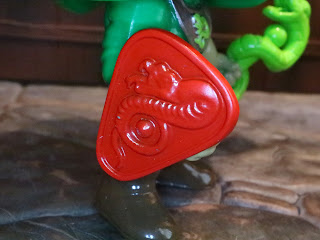 * King Hiss comes with both of his vintage toy weapons. First up is his cool red shield with the Snake Men logo on it. 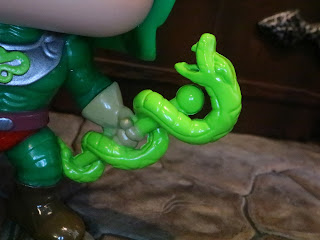 * He also has his serpent staff which is really nicely sculpted. I love that bright green, too1 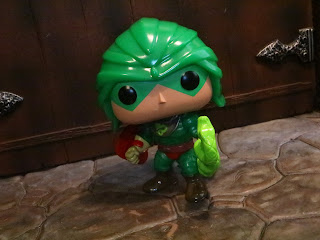 King Hiss is definitely one of the nicest MOTU POP! vinyls released this year. I really love his colors as they just stand out on the shelf quite nicely. He's a Great POP! vinyl. It's almost too bad that he's an exclusive though, as I imagine that more people will want him as more Snake Men come out in the line. Considering he's the leader of a major faction it's quite odd that he's an exclusive. I'm glad that I got my hands on him, though. I wonder if we'll ever see a King Hiss unleashed, showing off his true serpent form? That could be a really cool POP! as well.

If you're a fan of King Hiss/ King Hsss then check out my review of the MOTUC Snake Armor He-Man and Battle Armor King Hsss.