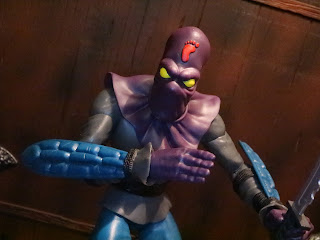 Now that I've reviewed Raphael how about some nameless, faceless minions for him to knock around? Today I'm checking out theTeenage Mutant Ninja Turtles Ultimates Foot Soldier, Shredder's Right Hand Mummy. Wait, mummy? Yeah, that's how the vintage toy packaging and bio card referred to the Foot Soldier, also referring to their movements as "mummified." In the cartoon and toyline the Foot Soldiers were clearly robots though referring to them as mummies still seems a bit odd. Today I'd imagine we'd call them zombie-like, though zombies were clearly not as well known to kids as they are today. While I've always preferred my Foot Soldiers to be actual humans, like in the films, I've also always loved the distinctive uniform of the vintage Foot Soldiers. They are rather creepy looking and off-putting for sure. Seriously, I wouldn't even want to know how many of these guys I've destroyed while playing the various TMNT video games over the years. Super7 included the Foot Soldier as part of the first series of figures as the second villain in the set. I wonder how many folks are trying to army build these guys? Let's take a look at the Foot Soldier after the break... 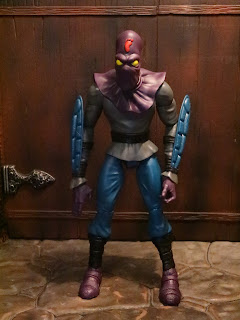 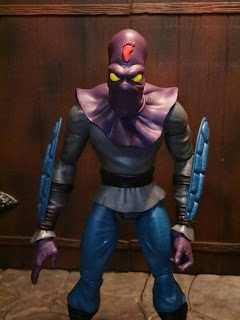 * At 7 inches tall the Foot Soldier is the tallest figure in the line yet. He's quite cool with a long, lanky build and slightly inhuman proportions. The grey, blue, and purple outfit is very cool and all of the paintwork is excellent. There even seems to be a bit of shading on the figure as well, giving it a much more intricate appearance. The sculpt features a number of folds and such on the Foot Soldier's outfit and he has realistic looking wraps for his belt and around his wrists and calves. 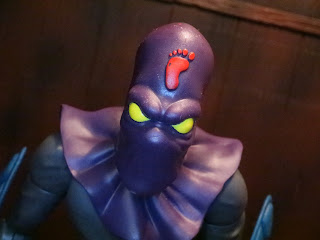 * The headsculpt is great. The Foot Soldier has a peanut shaped head that's clearly not the head of a regular human. He's also got a very pronounced brow, bright yellow eyes, and a sculpted Foot Clan symbol on his forehead. There's a ball joint at the base of the head and the neck, allowing for some expressive movement. 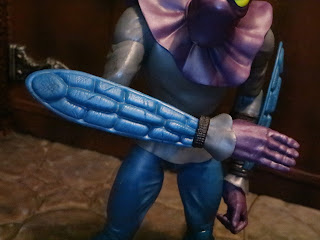 * I've always loved the Foot Soldier's turtle shell armored arm pads. The detail is pretty intricate on these with lots of little scratches and nicks here and there. 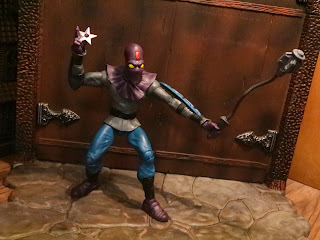 * The Foot Soldier is probably the most well articulated figure in the first series. He feels quite sturdy and his various joints have a great range of motion to them. He can even hold his rifle with both hands if you want him to. Whether you want to pose him standing straight up or oddly hunched over like the vintage toy, the TMNT Ultimates Foot Soldier can make it happen. 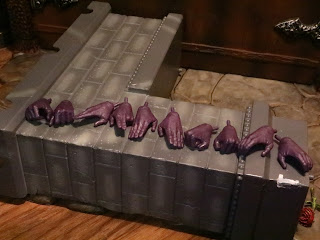 * The Foot Soldier comes with five pairs of interchangeable hands. They swap really easily and give you a lot of options for this guy. He's got a pair of standard grips, a pair of two fingered pointers (that can hold the shuriken), a pairt of karate chop hands, a pair of fists, and a pair of wider grips. I almost wish Super7 would sell just a Foot Soldier figure with no extras at a reduced cost because there are enough extras with this figure to outfit four or five Foot Soldiers. 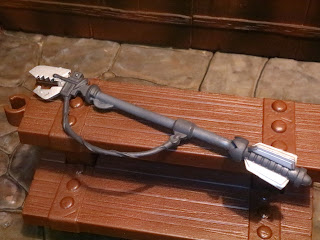 * The Foot Soldier comes with all of the weapons the vintage toy had, plus more! First up is the Turtle Shell Biter, a staff like weapon tipped with a claw designed to help pull off the shells of the turtles. Fierce! This is probably the most recognizable weapon of the vintage Foot Soldier and Super7 did a nice job sculpting and painting it. The little silver details really bring it to life. 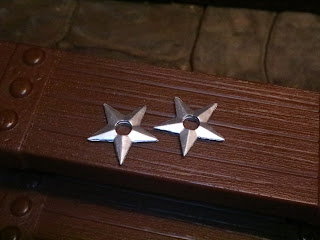 * Next up are two shuriken. They didn't come with the vintage toy but are you really going to complain about more throwing stars? They're actually the same sculpt as Raph's throwing stars, so now you have a whole mess of these if you're collecting the full line. 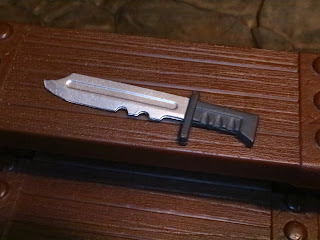 * Another true vintage weapon is the Turtle Carver Knife. It's a big sharp knife that's very similar to Rocksteady's knife. The Foot Soldier looks menacingly gleeful toting this thing around for sure. 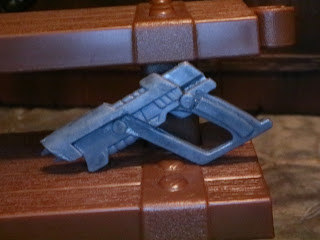 * And now for another new weapon: A laser pistol! It's similar to Baxter Stockman's but the sculpt is different. General Traag had a pistol like this in the vintage line and it's often used as a default piece of Dimension X weaponry for the Foot Clan. 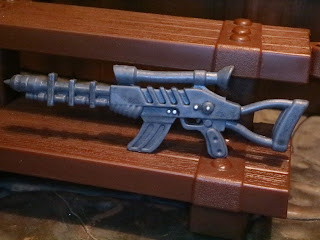 * The Foot Soldier also comes with the Stunlaser Rifle, another weapon that's vintage counterpart came with General Traag. The sculpt is really cool and the little paint details, while small, help bring this one to life. 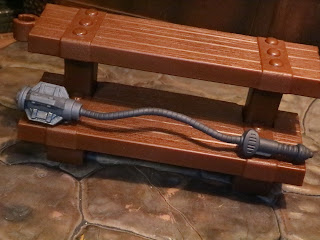 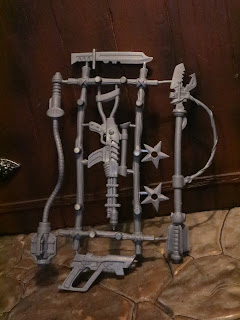 * Just like the vintage toys, the weapons rack accessories come attached on a sprue. You have to use sharp scissors or a hobby knife to cut these loose which requires a steady hand and some work. Honestly, I wish these just came loose. I guess it's clever and nostalgic but I'd rather just have a copy of the accessories in these vintage colors and not have to do extra work or risk damaging them (or myself!). 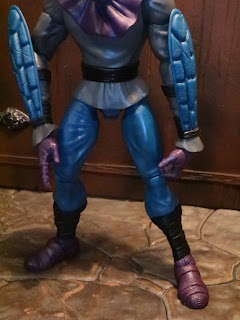 * Overall the quality of the joints is quite good but the hips and knees are kind of loose. Not jangly or anything but it doesn't feel as tight as I would have liked. 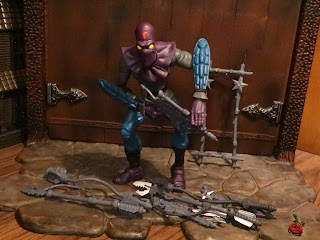 The Teenage Mutant Ninja Turtles Ultimates line is really impressing me and the Foot Soldier is another winner. He's an Epic figure and probably the greatest Foot Soldier ever made! He comes loaded with accessories, has a great sculpt, and has some very solid articulation. Playmates attempted to get a series like this going back in 2012 but, like with most things they've done in the past decade or so, Playmates always screws things up. Super7 has really taken advantage of Nickelodeon's more liberal licensing practices and may at the onset of the best TMNT toyline of them all. There are lots of options for TMNT fans these days and this is one of the best.