Minifigure Review: Stinkor from Masters of the Universe by Mega Construx 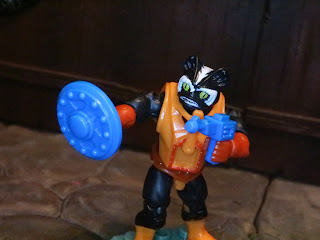 Today I'm checking out another figure from the newest series of Masters of the Universe mega Construx minifigures and this time it's the evil master of odors: Stinkor! Besdies being a popular character this guy was almost guaranteed as Mer-Man also came out recently and these two share a headsculpt. They probably were worked on concurrently. Stinkor is always a fun figure and usually manages to make his way into most MOTU lines. Unlike some versions of the character, this figure doesn't have a patchouli aroma to him. I'm always a bit disappointed when Stinkor loses his stench but I doubt it would work on a figure this small or made from harder plastic like thi guy is. Let's take a look at Stinkor after the break... 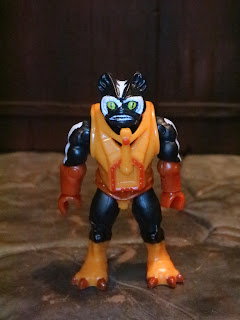 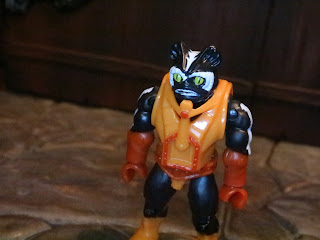 * Stinkor always looks fly with his orange and red armor, doesn't he? His colors just jump out and Mega Construx did an excellent job with his armor. Mekaneck is coming soon (with the Battle Ram) so I'm sur we'll see the armor again. 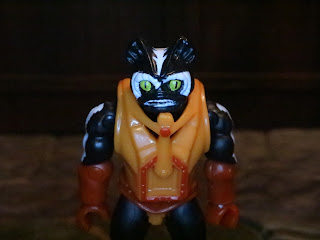 * I've always liked this headsculpt better as Stinkor ratehr than Mer-Man. It's definitely more cat or skunk-like. The paintwork has been very tight and clean on the minifigures in this series, especially considering they're around 2 inches tall. Those yellow eyes are wonderfully evil! 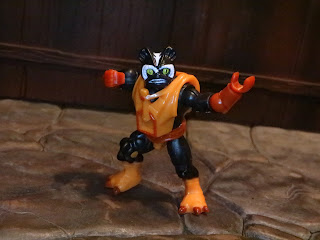 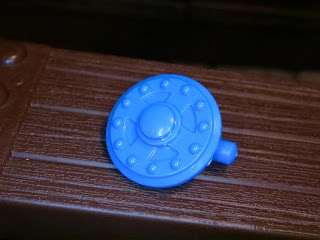 * It's not the same style of shield that the vintage Stinkor came with but he does have a blue shield. It's actually He-man's shield. Molded in blue it kind of looks like the vintage Weapons Pak shield, doesn't it? 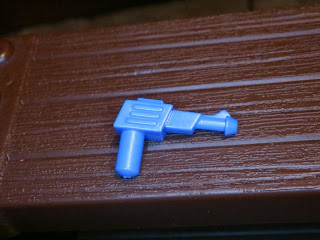 * Since a shield on its own is a pretty boring accessory, Mega Construx also gave Stinkor the laser pistol that first came with Man-At-Arms. It's probably a reference to the blue gun included with the Masters of the Universe Classics Stinkor and it makes for a nice addition to the figure. 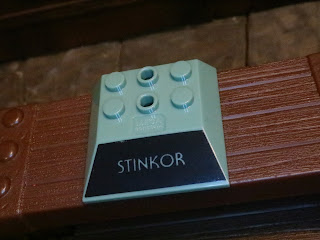 * To help display these, each figure includes a stand. The stands are different than the ones included with the older figures and are now just one solid piece rather than being made of three pieces. They're nice stands, though, and keep the figure standing even in extreme poses. 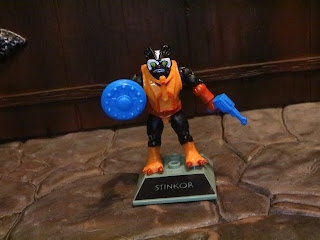 Stinkor is another Epic minifigure in the Mega Construx line. Seriously, at $5 bucks these little guys are a real value. They have plentiful articulation and a few accessories; what more could you want from a 2-inch figure? Stinkor is probably the most exciting figure in this set as he nicely adds another villain to the roster of the Evil Warriors. I've got one more figure from this series to check out, so keep reading. We'll get to her in a day or two...

If you're a fan of Stinkor, the Evil Master of Odors, check out my review of the green Stinkor M.U.S.C.L.E. minifigure from the Series 2 pack, the ReAction Stinkor, the Action Vinyls Stinkor, the POP! + Pez Stinkor, the Eternia Minis Stinkor, and the Funko POP! Stinkor #657.