This is the Way: The Armorer from Star Wars: The Black Series Phase IV by Hasbro 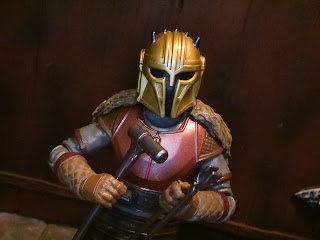 Since season 2 of The Mandalorian is in full swing I'm on a roll, continuing to check out lots of cool new Star Wars: The Black Series figures. Today we're checking out the mysterious leader of the Mandalorian enclave known as the Tribe who is known only as the Armorer! Hasbro released a Pulse exclusive version of the Armorer a month or two back but she disappeared rather quickly, so I had to settle for the standard version. I'm super excited to get the Armorer in The Black Series although she feels like a figure we should have gotten last year. Unfortunately, it feels like Hasbro is currently working a year behind when it comes to The Mandalorian so it's doubtful we'll see any figures from season 2 until sometime later in 2021. That's not a knock on the quality of the figures nor on the quality of the show, but it definitely makes me wish that Hasbro and Disney could work together more closely. Anyways, let's take a look at the Armorer after the break... 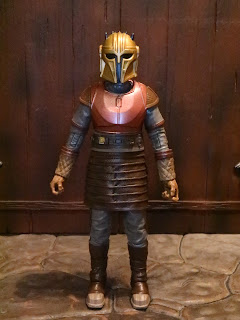 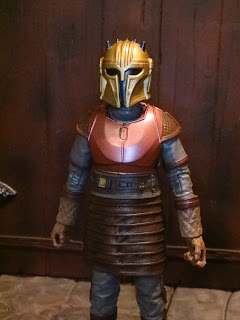 The Positives:
* The Mandalorian has done an excellent job of making the different Mandalorian warriors we've seen still look incredibly unique while retaining a distinctive appearance that makes them stand out as Mandalorians. Rather thank looking like she's totally dressed for battle, the Armorer's outfit definitely looks more regal with lots of padding. It's definitely the Mandalorian equivalent of a blacksmith, but with more of a ceremonial look to it The sculpt is excellent and the different areas of the outfit have different textures. She's one of the best looking figures of the year which is saying something as The Black Series continues to put out amazing stuff and has been on a streak for the past few years. 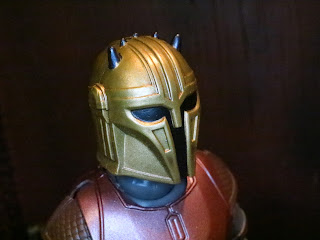 * The Armorer has one of the coolest Mandalorian helmets around. The gold color really stands out and I love the shape of the visor. She's also sporting some spikes on top. They almost look like Zabrak horns. Maybe there is a connection to the Mandalorians who followed Darth Maul here somehow? 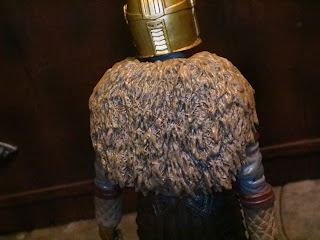 * The Armorer wears a heavy fur cloak that is easily removable. She looks awesome with it on but looks just as cool with it off, too. It also makes her more poseable. 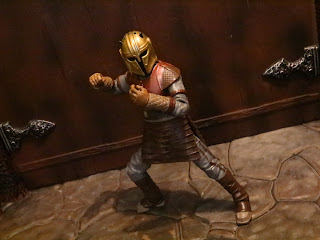 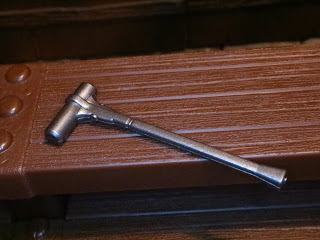 * The standard Armorer comes with two tools for armoring. First up is this nifty cool hammer for shaping metal. 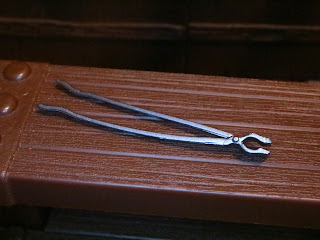 * Next up are her tongs. She can use this for crafting armor and other items vital to the Mandalorian Tribe. She can also use them to smack some Imperials upside the face. Bam! 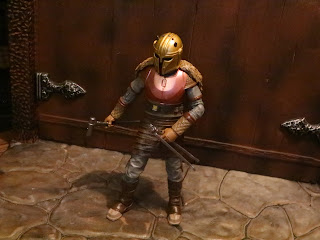 The Black Series: Phase IV has offered up a steady stream of hits and the Armorer is another excellent release. I'm giving her a Great and a 1/2 and while I wish I had been able to get my hands on the exclusive version this one is still quite satisfying. Do you think the Armorer will show up again? Will we ever learn her name? Interesting stuff to ponder as we all continue to watch the second season of The Mandalorian!

This is the first figure of the Armorer I've reviewed. For more reviews from Star wars: The Black Series Phase IV check out the following:
Admiral Ackbar
Garazeb "Zeb" Orrelios
The Mandalorian
Posted by Barbecue17 at 11/21/2020