Minifigure Review: Teela from Masters of the Universe by Mega Construx 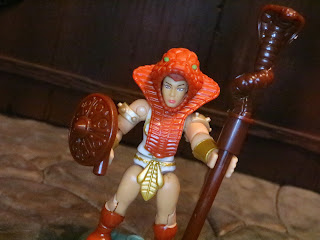 Today I'm checking out the last figure in the second series of the single carded Masters of the Universe Mega Construx figures and it's Teela. Yes, another Teela. How many Teelas have there been in Mega Construx? There was the original Teela which was released back when the line was called Mega Construx Heroes and who was then repackaged in the Battle for Eternia Collection, followed by the more vintage toy/ cross sell art accurate Teela that came with the SDCC 2019 exclusive Battle Bones. Well, now we have another one and she's actually nearly identical to the the Teela that came with Battle Bones. She's got a few differences but she's mostly a repack. Of course, since this line is sold on cards, you can simply skip this one. If you don't have the older figure or didn't get your hands on the SDCC 2019 exclusive, however, this one gives you a Teela for your collection. Not the most exciting release for longtime collectors but surely a vital piece for newer collectors. Let's take a look at this single carded Teela after the break... 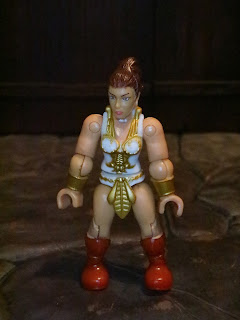 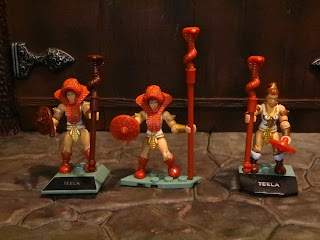 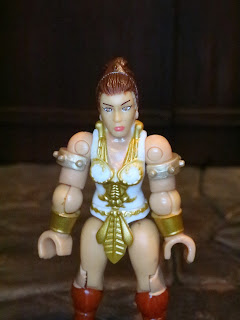 * Teela looks excellent. She's super accurate to the vintage toy with a muscular build and a fairly intricate outfit with lots of gold trim. Considering these figures are only around 2 inches the paintwork is quite impressive. 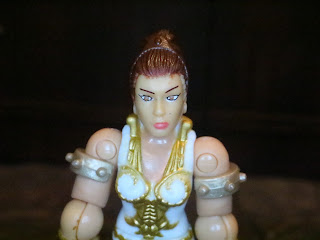 * The work on the face is quite nice, too. You're currently looking at these figures in pictures that make them look larger than their actual size but in person they look truly impressive for a figure so small! 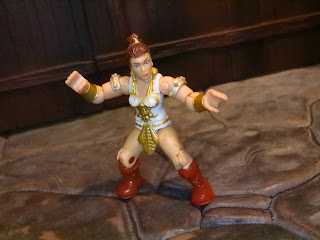 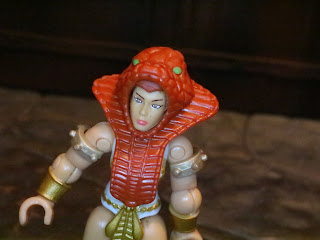 * Teela's snake armor isn't new to this line and it came with the Battle Bones set's Teela but it's still a nice accessory. If you missed out on that set you'll definitely want it. It's a but rubbery, allowing it to easily fit over Teela's head. 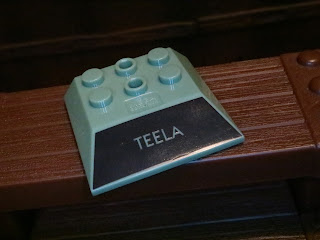 * To help display these, each figure includes a stand. The stands are different than the ones included with the earlier figures and are now just one solid piece rather than being made of three pieces. 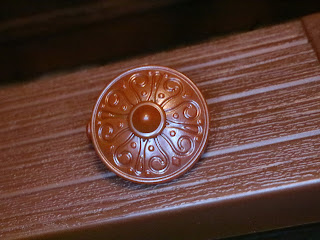 * Teela's shield is nice. It's the same mold as the previous versions, the ornate shield piece with a small handle you attach on the back, but this time it's cast in a very deep red, almost brown. The color of these weapons is probably the biggest difference between this Teela and the previous releases. 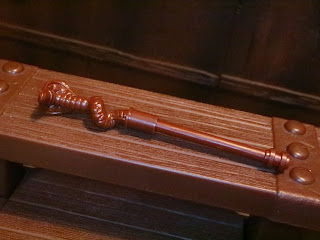 * The staff of Ka is the same deep red color and is shorter, like the original Teela release or the Battle for Eternia version. 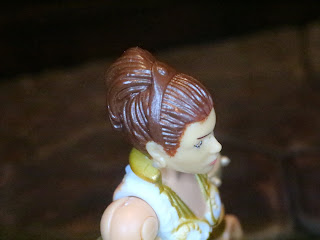 * Teela's hair is really ark here. It's more brown than red, which seems off. Also, it's weird that her tiara didn't get a paint hit. 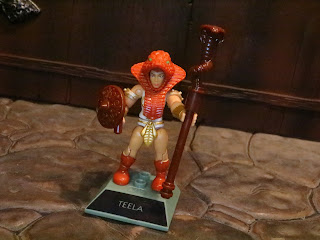 If you already have the Teela from the Battle Bones set than this one is probably unnecessary. If you don't, though, then this is a good chance to easily pick up a Teela. Since it's a single carded release you can just skip it. Since Teela is an A-list character it's nice to make her easily available again, especially without requiring the purchase of a larger set. She's a Great and a 1/2 minifigure and if you don't have her yet you'll be very pleased with her. She has a nice assortment of accessories and it wonderfully painted. Well, except her hair. Give her redder hair, darn it!

Was Teela one of your first loves? If so, check out my reviews of many various Teela toys such as the vintage Teela, the M.U.S.C.L.E. green Teela and the standard M.O.T.U.S.C.L.E Teela, the Mega Construx Teela from the Battle for Eternia Collection and Teela from Battle Bones, the 200x Snake Teela, the ReAction Teela (Shiva), the NECA Teela micro-bust, the Masters of the Universe Origins Teela, the neo-vintage Teela and Frozen Teela, the Tweeterhead Teela bust, an appearance in 1983's Colorforms Masters of the Universe Deluxe Play Set, and Super7's Ultimate Teela.