Minifigure Review: Faker from Masters of the Universe by Mega Construx 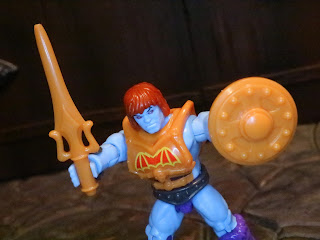 It's time to continue to looking at the second series of Masters of the universe minifigures from Mega Construx and today I'm checking out Faker. I really wish Mega Construx would have called this Battle Armor Faker because that's exactly what he is: Faker in his Battle Armor. While he was a popular fan custom for years Mattel finally made an official Battle Armor Faker in 2011 in the DC Universe Classics vs Masters of the Universe Classics line. Faker was paired with Bizarro and was released as a Toys R Us exclusive during SDCC 2011 but was only ever sold online. He never hit stores and has ended up being a pretty pricy figure to obtain on the aftermarket. What's the moral of the story? People love Faker and battle armor, I guess. Since two of the most recent Mega Construx sets included the battle armor variants of He-Man and Skeletor it makes sense for Battle Armor Faker to show up as well. Ready for a look at this guy? Then join me after the break... 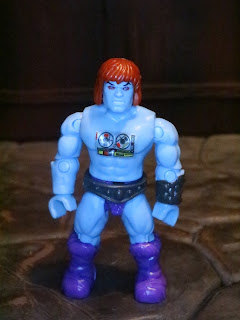 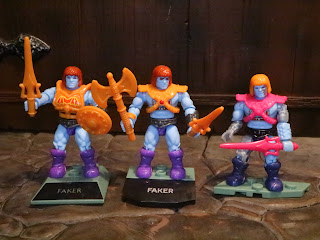 Comparison:
* Faker has been released 4 times in the line so far, though one was a simple re-release. The three unique figures are Battle Armor Faker, on the left, the original Faker release (middle), and the damaged Faker from the Battle Bones set (on the right). This guy shares the same body as the standard Faker although he does have a new head and the same armor as the battle Armor Skeletor that came with Panthor at Point Dread. 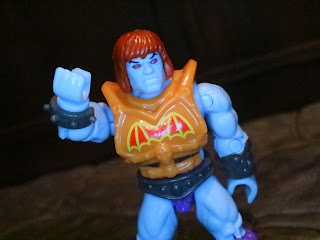 The Positives:
* The standout feature of this new Faker is his Battle Armor. It's the same as Skeletor's although it's now cast in bright orange. he also has a darker bracer on his left forearm and a dark grey cuff on his right (the cuff is removable). 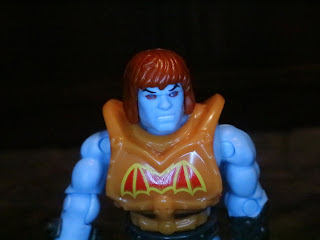 * Faker's headsculpt actually seems to be different from the previously released figures. Maybe this is a new He-man headsculpt they're going to use as well, as the teeth are visible. The paintwork is excellent, though. The paintwork on the headsculpts has been a big improvement in this series thus far. 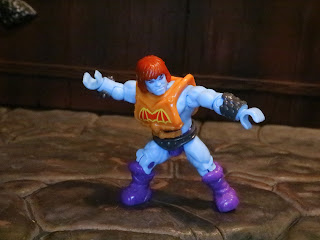 * Faker is a fantastically fun minifigure, just like the rest of the figures in the line.  If you haven't played with one of these yet, you need to. They are very, very impressive. The articulation is incredible! Seriously, these are some of the most well articulated toys you will find. They're durable, poseable, and really, really fun. Heck, you can even customize them easily, too. These are pure hand candy. 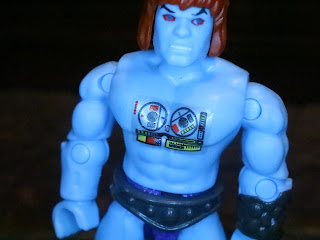 * Underneath his battle armor you can find Faker's control panel! I'm glad they included it as Faker would feel incomplete without it. 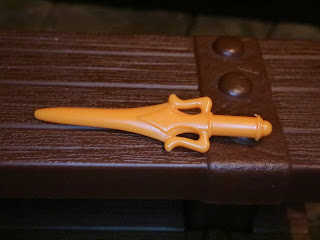 * Faker comes with a copy of the Power Sword which, of course, is molded in orange. 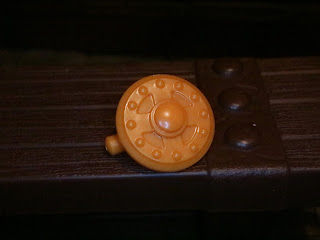 * He also comes with an orange 2-piece He-man shield. 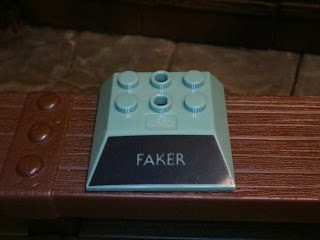 * To help display these, each figure includes a stand. The stands are different than the ones included with the earlier figures and are now just one solid piece rather than being made of three pieces. Still, the keep the figure standing and can be attached to other bricks or bases if you desire. 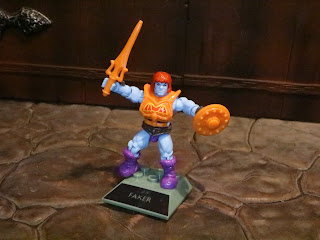 Faker clad in his battle armor is definitely of the best Masters of the Universe Mega Construx figures out there. Great accessories, great sculpt, and bold, vivid color make this a really fun miniature Faker. yeah, he's not the first Faker out there but he's a pretty cool one and the fact that you can snatch him off a store shelf for $5 bucks is a pretty sweet deal. This is an Epic minfigure and another really cool variant in the current series. They're not all variants in this series, though, as I've got some new characters to review soon...

Are you a fan of the man known as Faker? Then check out my other Faker reviews:  The Mondo exclusive Faker, the M.U.S.C.L.E. Faker from the Series 3 Pack C, the Ultimates He-Man (which came with a Filmation Faker head), the Eternia Minis Faker, the Faker figural bag clip, the Mega Construx Faker from the Battle for Eternia Collection and Faker from Battle Bones, the Masters of the WWE Universe Faker John Cena, the ReAction Faker and Leo Faker, the Vinyl SODA Faker, and the VYNL Faker.