Happy belated Thanksgiving, everyone! Hope you had a wonderful Thanksgiving yesterday and that you're either being extremely careful, shopping online, or just avoiding Black Friday this year. Besides, there is lots of good stuff to stream this year so staying home isn't so bad. With a new episode of The Mandalorian today, another tree to decorate (we're doing two trees this year), and some Lego Harry Potter to play on the Nintendo Switch we're going to be plenty occupied. I've also been watching lots of other stuff. 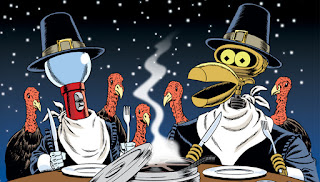 Did you check out any of the MST3K Turkey Day marathon? We didn't get to watch the whole thing but we watched parts of Pod People along with Night of the Blood Beast and Cry Wilderness. My daughter legitimately loves Cry Wilderness, by the way, so that was a nice surprise. I missed Emily Crenshaw's riffing segment so I'm going to have to track that down. More stuff, including Star Wars and Kurt Russell as Santa Claus after the break... 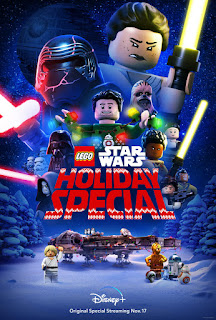 * Let's star with the Lego Star Wars Holiday Special which, as my friend and sometimes podcasting partner the Reel Brad commented to me the other night on the phone, was better than it had any right to be. I've enjoyed nearly all of the Lego animated stuff I've seen and this one was another fantastic entry. It's goofy, funny, and heartwarming all at the same time. It reminded me a lot of the Robot Chicken and Family Guy Star Wars installments (especially Palpatine), though Lego's humor is obviously way more family friendly. My daughter wasn't sold on watching it but my wife and I put it on and it ended up capturing her attention. It's Sequel Trilogy heavy but with plenty of Original Trilogy and Prequel content, too. Honestly, I think this animated special did a pretty good of making the Sequel Trilogy elements more enjoyable and connecting them to the previous films better than the actual Sequel Trilogy did. It's worth a watch if you're a Star Wars fan and have Disney+. Even folks who aren't the biggest fans of the Sequels should get a few laughs. Every version of Obi-Wan Kenobi greeting each other with "Hello there!" Amazing! 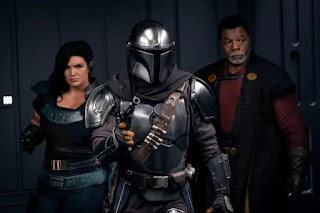 * Like your Star Wars a bit less silly? Than how about The Mandalorian Chapter 12: The Siege? This was an excellent episode (directed by Carl Weathers!) that featured some incredible action, an amazing sequence with an Imperial Troop Transport taking on TIE Fighters, and some pretty significant mysteries set up. Is the M-Count Pershing mentions related to midi-chlorians? What was in that tube? Is it related to Snoke or the Clones? I'm very curious to see what happens next, especially with Moff Gideon on Mando and Baby Yoda's trail. Were those Dark Troopers at the end? 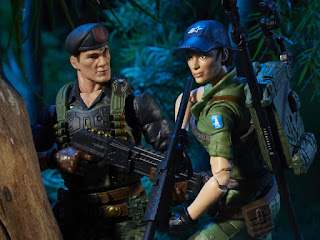 * Flint and Lady Jaye were a pretty great reveal this week, weren't they? I'm loving Hasbro's G.I. Joe: Classified series and it's awesome to see two more members of the Joe team. Flint and Lady Jaye both look incredible. I love their vintage style with some more modern flourishes and lots of cool gear. I wish Lady Jaye had a sidearm, though. It drives me crazy when the figures don't have a simple sidearm with them! I put a preorder in through BBTS and fortunately, since these aren't exclusives, most folks should have an easier time with these two. 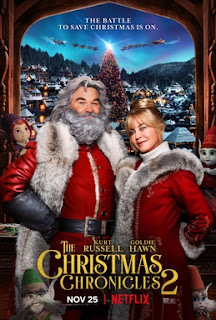 * Kurt Rusell and Goldie Hawn as Mr. and Mrs. Claus? Sign me up! The Christmas Chronicles was a pretty big surprise when it showed up on Netflix in 2018 and while it was an all around solid film that hearkened back to the Christmas films I grew up on and not the modern "Christmas movies" that are just romantic comedies set at Christmas, the best part of the movie was Kurt Russell as Santa Claus. Well, this film doubles down on that and gives us more of Kurt and Goldie as the Clauses and they're incredible. Their on screen presence is excellent and while everyone else is just fine, it's watching these two that makes the film. Prior to this my favorite on-screen Santa Claus was Douglas Seale in Ernest Saves Christmas but Kurt Russell, AKA the world's greatest actor, now takes that title. This one has more special effects, more action sequences, and lots of elves. It's directed by Chris Columbus and I'm pretty sure we got some references to both Harry Potter and the Chamber of Secrets and Home Alone. Anyone else catch anything like that?

Let's take a look at the most popular reviews this week to wrap things up!

Teela from Masters of the Universe Origins is on her fourth week and she's still on the top! What can I say? Teela's a beloved character from one of the greatest properties of them all! I think she's the best figure in the line so far and a worthy successor to the vintage toy.

Evil-Lyn from Master of the Universe Mega Construx is on her third week on the list and she's in good company as half of the list is Masters of the Universe related. The Mega Construx line seems like it's doing well and Evil-Lyn is a popular lady, so I expect her to hang around a bit. I've been reviewing some other figures from the line this week, too, so we'll see if those prove to be as popular.

Raphael from Teenage Mutant Ninja Turtles Ultimates is also on his third week on the list and he's proof that major league butt-kicking never left. Turtle Power is still strong after all these years and Super7's new line is perhaps the most radical yet.

Panthor at Point Dread from Masters of the Universe Mega Construx continues for its third week on the list. I'm really loving the Mega Construx MOTU line and this one is fantastic, especially because we get the Talon Fighter and Zodac! Woohoo!

Wayne "Beach Head" Sneeden from G.I. Joe: Classified Series is a newcomer this week. He's a review from early November but I'm wondering if all of the hype around the new reveals has fans checking for figures they missed out on. He's one of my favorites in the line thus far!

Well, that's all for this week. See you next week when we'll be into December and the Advent season!