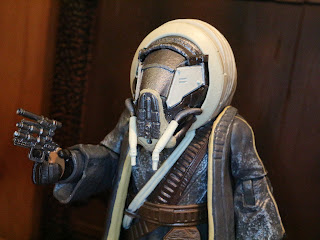 Solo is probably my favorite Star Wars film of the Disney era (although I really like Rogue One as well, but I kind of have to be in the mood to watch it) and part of that is because of the strong costume and creature designs. Moloch and his fellow Grindalids, including the terrifyingly huge crime boss Lady Proxima, are some really cool character designs that easily feel like classic Star Wars characters. While they play a small (but vital) role in the plot of Solo (Moloch also shows up in the Han Solo novel Most Wanted, which is a pretty good read) Hasbro has added Moloch into the Black Series as one of the "deluxe" Target exclusives figures. Like the Gamorrean Guard, Moloch is another figure that would be too large to fit in a standard Black Series box and thus gets a larger box and a higher price tag. I managed to find my Moloch over the weekend and a nice Target associate pulled it out of the stock room for me, which was awesome. Ready to check out Moloch? Then join me after the break... 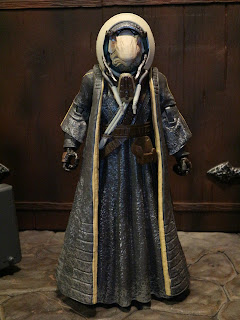 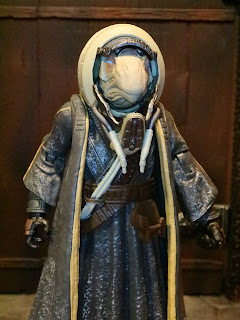 * Moloch is a pretty big dude and he looks massive, weathered, and complex. There's a lot more going on here than you might initially think. He's a great character design and Hasbro has done a rather impressive job of translating him into the Black Series. Having more of these larger figures gives me hope that we'll continue to see more unusually sized characters in the future. There is a lot of nice dry-brushing and weathering on the figure to give it that classic Star Wars look. Coronet City is a pretty rough place and Moloch definitely is believable as someone who lives in its sewers. 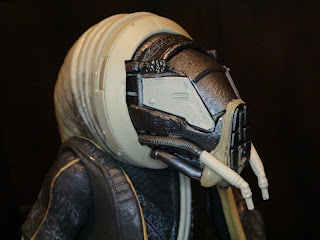 * Moloch is a Grindalid and, if you know anything about Grindalids, you know that Grindalids are very sensitive to sunlight. Since Moloch was pretty influential in running operations for the White Worms he had to be out and about, thus he is really a worm-like creature in sealed armor. The helmet is made of multiple different pieces (more on that in a moment) and looks pretty cool with lots of various metal looking pieces. 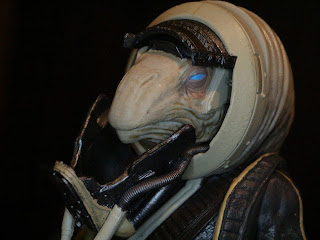 * Underneath the mask Moloch's true face is revealed. I love it! He's really creepy looking, kind of like the Skeksis from The Dark Crystal. The visor of the mask is removable while the lower mask pulls out and folds down. It's pretty well designed and makes for a much more interactive figure. 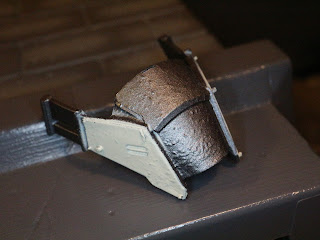 * Here's the removable visor, just for the record. 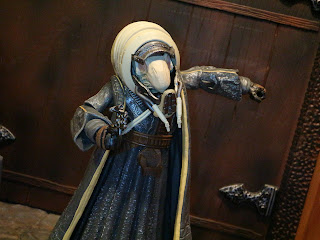 * Moloch is kind of what we used to call a "salt and pepper shaker" figure because there isn't any leg articulation. That term doesn't fully apply to him, though, for reasons we'll see shortly. I will say that his upper body articulation is pretty solid. His shoulders have a balljoint in the torso and a swivel/ hinge joint at the arm to allow for better motion and his head is balljointed within his massive helmet. 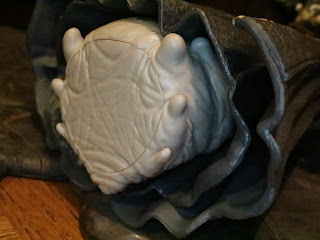 * Remember that underneath his robe Moloch is actually a worm like creature so that's what Hasbro sculpted. Yes, underneath Moloch's robe is his wormy body. Again, no legs, but it is pretty weird looking and has some cool sculpting. I'd be curious to see what this fully looks like but you'd probably have to cut off the full costume to see it (and it only goes up to the waist). 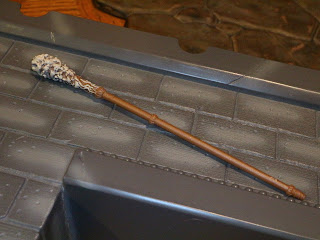 * Moloch carries a staff that is supposed to depict a head covered in writhing scrumrats. Hasbro showed off the digital model of the staff at SDCC 2018 and while it's tough to see the detail here due to the size it is definitely pretty crazy looking with some decent paint applications on the head. 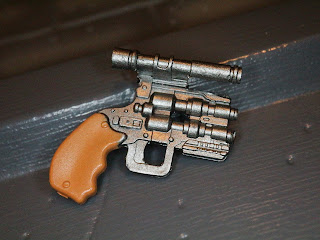 * Another fantastic blaster pistol from the film Solo is Moloch's "snubble" pistol. It's a really cool double barreled, snub nose design with great paintwork. I love the offset scope, too. This is just such a great design, isn't it? 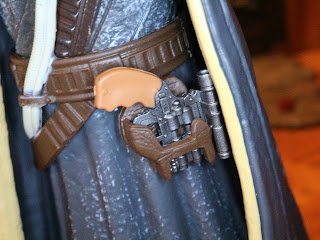 * To carry his blaster Moloch has a holster on his belt. The "snubble" blaster fits right in and looks pretty slick. 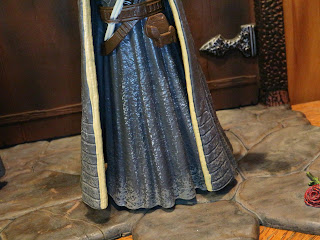 * Again, you're not getting any lower body articulation here. While this is somewhat true to the character design I do think some sort of segmented lower body might have been a good idea to help balance the figure a bit more. 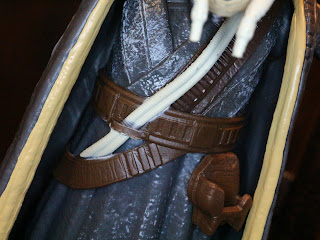 * Moloch has a belt and some tubes on his chest. They look OK but the paintwork is a bit messy. 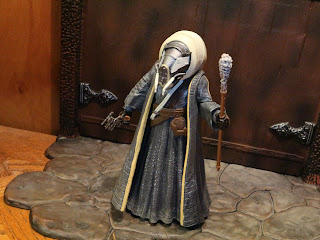 I really like Moloch and I'm glad that Hasbro continues to build the Solo line. Moloch is an incredible looking figure and while he has some issues (and might be a tad too expensive) he's a great addition to a Star Wars collection. Whether you're using him as Moloch or just want some cool background aliens, Moloch is a winner. He's a Great addition to the Black Series and another solid Target exclusive. I'm really hoping that Hasbro delivers us a prologue version of Han and Lady Proxima at some point, too, although who knows how feasible that is.