The Revenge of 31 Days of Toy Terror: Jack Skellington (D31) from The Nightmare Before Christmas: Metalfigs by Jada Toys 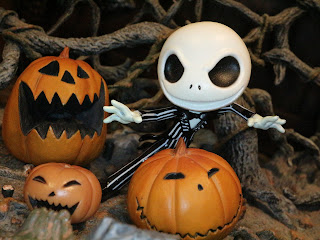 Happy Halloween everyone! We are getting closer and closer to the big day and it is time to check out something else related to one of my favorite things ever: The Nightmare Before Christmas! I've been a fan of Jada Toys' Nano Metalfigs since they first hit in 2017 but I've only owned a few of the traditional Metalfigs. As soon as I learned that these very cool The Nightmare Before Christmas figures were showing up at Walgreen's I had to track them down and I finally found some near the very end of September. It looks like there were two figures that Walgreen's was carrying initially (Jack Skellington and Sally) but other retailers seem to also be getting Zero and Jack the Pumpkin King, so I'll be trying to track those two down as well. Let's check out this neat little diecast metal Jack Skellington as today's installment of The Revenge of 31 Days of Toy Terror after the break... 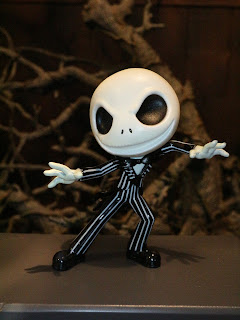 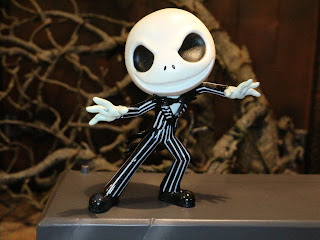 * I really like the pose here! It definitely captures a very energetic, possibly even mischievous version of Jack. Is he getting ready to scare some trick 'r treaters? Is he in the middle of battling Oogie Boogie? Is he joyously darting around Christmas Town? You decide! 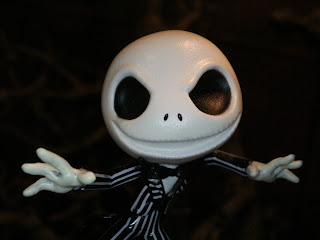 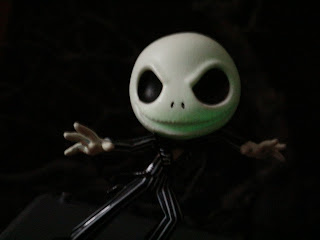 * This version of Jack Skellington glows in the dark! I have no idea if this is an exclusive version for Walgreen's (who gets a lot of exclusives) or if this will be available everywhere, but the glowing feature looks pretty good. It has a greenish, ghoulish glow that is absolutely appealing. I love turning off the lights and seeing what toys in my collection glow! 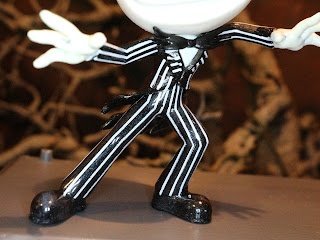 * The picture is a bit "shiny" due to somewhat reflective nature of the paint but I really think Jada Toys did a fantastic job in keeping the pinstripes on Jack's suit neat and clean. These are quite sharp, don't you think? Like a tack! 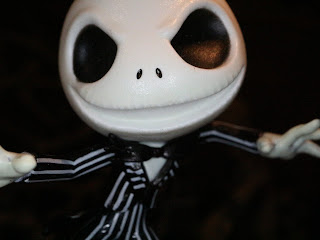 
* Remember when I mentioned that I had a problem with the mouth. Well, don't you think it could have used a bit of paint? It looks off without any black or gray at the back to offer it some definition. 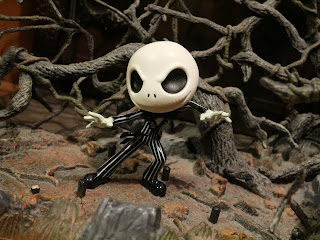 I really do like this little Jack. He's definitely not a kids toy (while he's metal, the arms could easily twist off) but as a fun mini Halloween decoration or as a new addition to your Nightmare Before Christmas collection? He's an absolute scream. The price might be a dollar or so too high but he's a solid Good and a 1/2 little minifigure. If you dig the Nightmare Before Christmas and want something fun for a small shelf or desktop you could do a lot worse than this guy. He's quite fun and a great addition to the collection of toys reviewed for The Revenge of 31 Days of Toy Terror!

This is the first The Nightmare Before Christmas Metalfigs figure I've reviewed.
Posted by Barbecue17 at 10/26/2018