The Revenge of 31 Days of Toy Terror: Night Walk #9156 from Family Fun by Playmobil 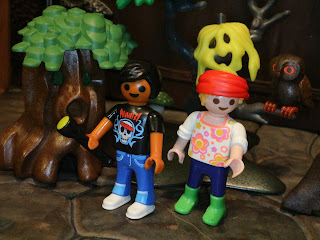 I don't just love doing 31 Days of Toy Terror every year because it is a chance to look at spooky action figures but also because it gives me a chance to look at toys that I may not normally pay attention to. Today I'm checking out another cool item from Playmobil that I think is one of the coolest toy releases I've seen (it was released last year and somehow I missed it). It is called Night Walk and it is from the Playmobil Family Fun series, which is comprised of sets featuring people camping, biking, and just generally enjoying the great outdoors. Usually this wouldn't be the sort of Playmobil series to catch my eye other than to just appreciate the general artistry involved in creating the sets but as I was looking through a catalog I discovered the Night Walk set. The general idea behind this set seems to be that two kids are taking a walk through the woods at night as they imagine the various trees and shrubs to take the shape of faces. I love how unique the concept is for a toy set. It reminds me of some of the kids books I grew up reading like Bears in the Night and The Berenstain Bears and the Spooky Old Tree. There is something both undeniably fun and spooky about being outside at night as a kid. Sometimes you think you see things and other times you pretend to see things just to get a reaction from your friends. This set captures that feeling of childhood wonder perfectly and while it isn't really terrifying, it definitely awakens some nostalgia for the adventures I imagine most of us had by flashlight as a child. Let's check out this very cool set after the break... 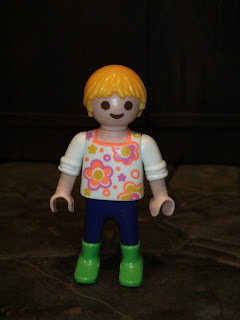 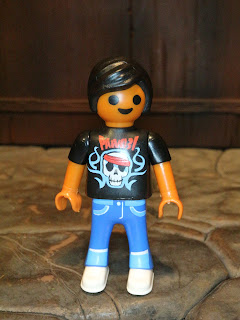 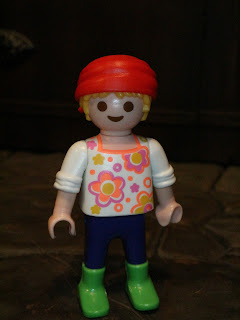 * The set includes two figures and first up is a little girl. She's wearing a blouse with some colorful flowers on it, blue pants, and colorful green boots. She also has a red bandanna that you can place on her head. Maybe she's pretending to be a pirate. Or Rambo! She is articulated like any other Klicky even though she is quite a but smaller due to being a child. 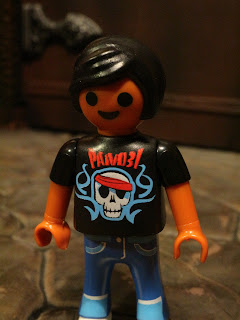 * The other figure might be a boy, although it could certainly be a girl as well. What is really cool about this figure is the printing on his jeans and his t-shirt. The jeans have visible pockets and rolled cuffs whole the t-shirt has a Playmobil styled skull on it and some writing that makes this look like a band T-shirt. 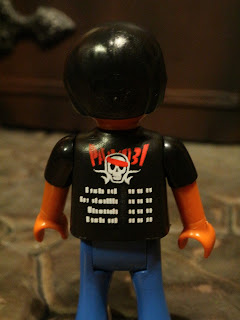 * Turn him around and you even have a list of tour stops and dates. Pretty cool, right? 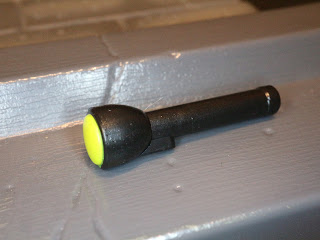 * To guide the children on their night walk is a flashlight. It's a standard long black flashlight with a bright yellow lens, showing that it is on, and a small yellow power button. This fits easily in either child's hands. 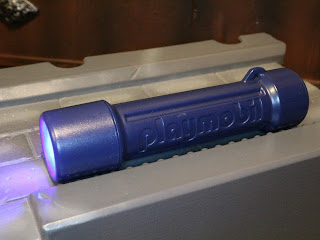 * What really makes this set stand out is that is actually includes a small black light flashlight that is intended for your use! It's just a little over 3 inches long bit it emits a nice bright light that causes some of the fluorescent paint elements of the playset to light up and glow! The flashlight uses one AAA battery (not included) and makes for a really fun extra that ups the potential of the set. Let's check it out! 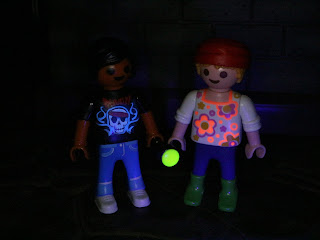 * First up, the kids actually have florescent elements on their clothes. The boy's skull lights up while the flowers on the girl's shirt glow a bright orange. The flashlight lens also glows quite nice and bright! * So, what do the kids see on their night walk? First up is a simple old tree stump. It's not very tall and has some foliage growing out of the top. 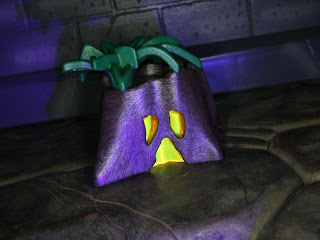 * Turn off the lights and use the black light, though, and the tree glows as if an eerie face is peering out at the children on their late night stroll. Pretty cool, right? The glow is very bright and looks incredible! 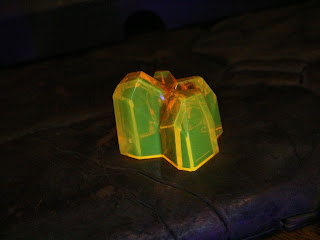 * The glowing effect is achieved by placing the tree stump over the top of one of these translucent crystal pieces. The light distorts it a bit but this one is actually bright orange. 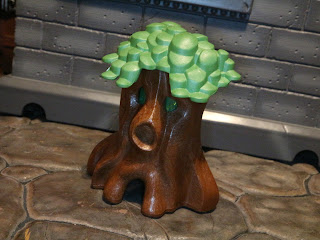 * Next up is this taller tree stump. It has a few more leaves than the other tree and is nearly the same size as the children. 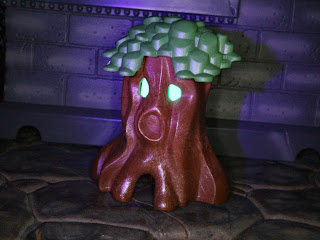 * Turn off the lights and use the flashlight again and eyes will appear on this spooky woodland specter! It even has a nose! This one reminds me of one of the Deku Scrubs from The Legend of Zelda: Ocarina of Time. 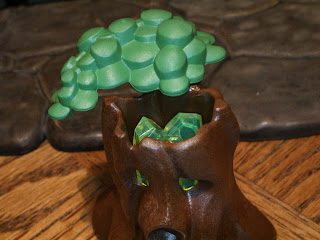 * The green crystal that causes this one to glow is hidden underneath the tree canopy. Just spin the foliage piece and you can find the crystal hiding underneath. 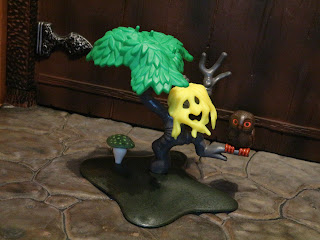 * Last up on the night walk is this spooky old tree. It has a little bit of foliage still on it but it is also covered with moss. 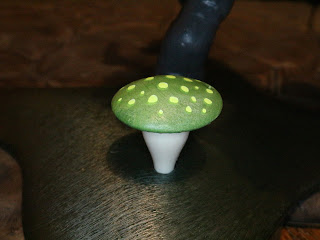 * There is a green and yellow mushroom sitting underneath the tree. It is made from two different pieces and plug easily into the base (you can pull it out as well, if you wish). I didn't take a picture but the gills of the mushroom are actually quite detailed. 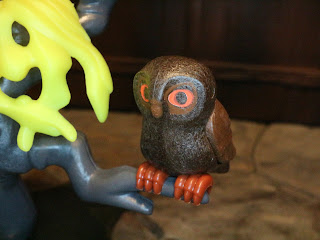 * There is also an owl sitting in the tree. What late night adventure isn't made complete without the presence of an owl? 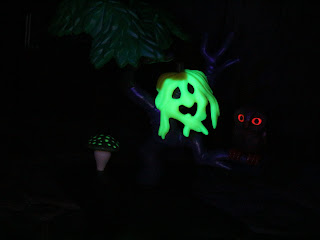 * Turn out the lights and use the black light to see some rather spooky things in and around the tree. The spots on the mushroom cap glow bright green as does the moss hanging in the tree. In fact, the moss seems to also take on the shape of some forest dwelling spook, doesn't it? Meanwhile, a pair of eerie red eyes watch us from the dark. It's just an owl, though, isn't it? 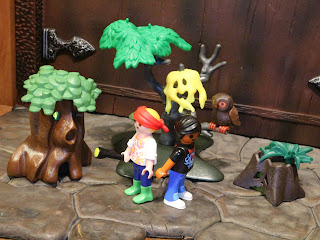 Every now and then you pick up some toy that just wows you and this is one that just wows me quite a bit. It is such a fun idea for a Playmobil set! While I review lots of ghosts, monsters, vampires, and chainsaw wielding maniacs, it's nice to check out something that just reminds me of the spooky fun of being a kid when staying out past dark and playing games like Ghost in  the Graveyard felt like an adventure of epic proportions. This is an Epic toy and my 5-year old and I have really had a lot of fun with it. It's also a great way to talk with kids about their fear of the dark, perhaps showing them that there really isn't anything in the dark that isn't there in the light. Except the Vashta Nerada.