The Revenge of 31 Days of Toy Terror: Jack Skellington's House from The Nightmare Before Christmas Nano Metalfigs by Jada Toys 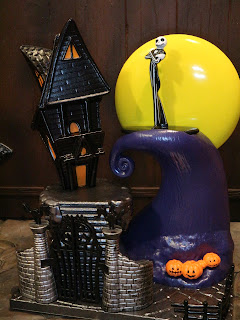 We're getting really, really close to Halloween and today I'm checking out a very cool new item from Jada Toys' super fun Nano Metalfigs line: Jack Skellington's House, a new Nano Scene from their The Nightmare Before Christmas Nano Metalfigs minifigure line. A few days ago I reviewed the 20-pack and now I'm checking out this Nano Scene that gives your figures somewhere cool to stand. While last year's Nano Scenes (the Batcave and Hogwarts) were quite large, this year's scenes are quite a bit smaller, although only half the price. Along with Jack Skellington's House Jada Toys has also released a scene of Mickey Mouse from The Sorcerer's Apprentice and a Marvel scene Spiderman on the Daily Bugle. Jack's house was the only one of those that I was interested in and I picked it up a few months ago in an order from the excellent Ferrara Market. I'm really excited for this because it kind of fulfills one of my childhood wishes: As a kid playing with my original Hasbro Nightmare Before Christmas figures, my dad and I would use a large, round, yellow plastic lid from some canister as a moon backdrop for Jack. Now, Jada Toys has given me an official playset, although for the smaller toys. Ready for a closer look at Jack Skellington's House? Then join me after the break... 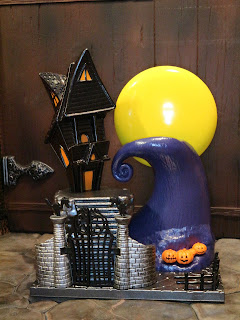 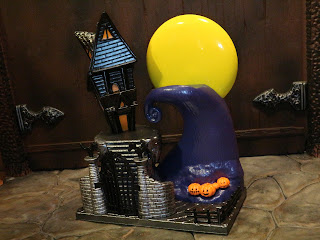 * The new Nano Scenes are quite a bit smaller than the scenes from last year, but they're less expensive, too. This one combines together Jack Skellington's house and the iconic graveyard hilltop to create one scene. The space for figures to actually stand isn't huge (you can probably only stand three figures on the set itself) but it'll look impressive in the midst of your collection. Still, I kind of wish Jada Toys had either released two sets or just focused on the hilltop. 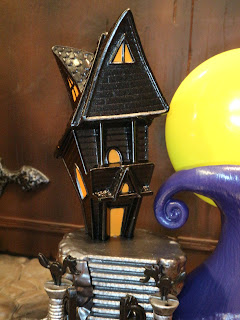 *There have been many more expensive renditions of Jack Skellington's house released over the years but this one isn't bad for being around 10 bucks. I like the black and orange color scheme. While it isn't a perfect match for the film's colors, it definitely feels evocative of the film's style. There is enough space in front of the house for one minifigure to stand. 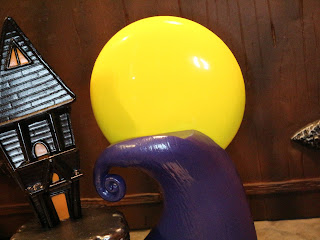 * My favorite part of the set is the hilltop. Unfortunately it is two small to hold more than one figure but Jack by himself looks great up there. The way the moon is placed "behind" the hill looks great and really makes for a fun display. 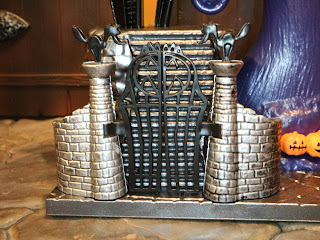 * The front gate of Jack's house actually opens (the doors are on little hinges) and it features a pumpkin design as well as two black cats on the top of the posts. The wall also has a nice paint effect to give it a bit of an aged look. 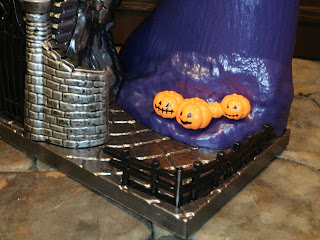 * The pumpkin patch at the base of the hill gives space for another figure to stand (perhaps Sally, spying on Jack?), features some cool little pumpkins, and has a bit of fence around it. 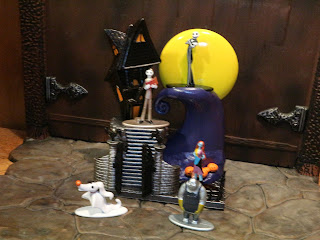 * Here is a shot of the figures all hanging around. As you can see, the set itself can only hold three figures. Other figures look good around it, but it is pretty small in and of itself. 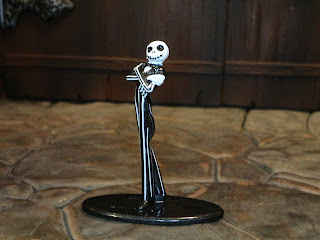 * This set includes the Jack Skellington DS87 minfigure. This same figure comes with the 20-pack and the 5-pack so it would have been nice if Jada Toys had offered something new. Perhaps Jack with an arm extended? 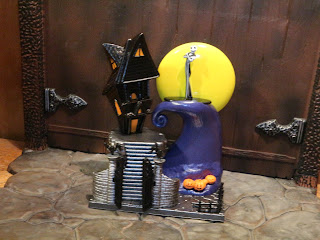 This is a cool little set but I definitely think it could have been so much more. Everything feels kind of crammed together whereas just focusing on the hilltop or Jack's house alone would have probably been better. Also, a unique figure would have been welcome treat. Still, it is a fun set and makes for a nice companion to the 20-pack of Nightmare Before Christmas metalfigs. If you can get it for around $10 it is a Good and a 1/2 display piece and is well worth adding to your collection.


For more The Nightmare Before Christmas Nano Metalfigs, check out the following:
20 Pack Figure Collectors Set