Action Figure Review: Mario with Cappy from World of Nintendo by Jakks Pacific 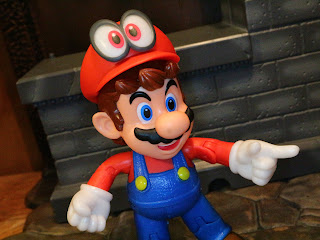 Wow! I haven't reviewed a new World of Nintendo figure since last Christmas (when I gave you my heart, but the very next day you gave it away! OK, all silliness aside, Jakks Pacific has definitely not been releasing many of these figures. I still don't have wave 2-7 and the current wave that this Mario is from, wave 3-1, has two repacks and one slight variant of Luigi. That's not terribly exciting overall but I really did want this Mario with Cappy figure from Super Mario Odyssey. I bought my Nintendo Switch last year when Odyssey came out and both me and my daughter loved the game. It's a ton of fun! I've been waiting for Jakks to release something from the game and, finally, they have. Let's check out Mario with Cappy after the break... 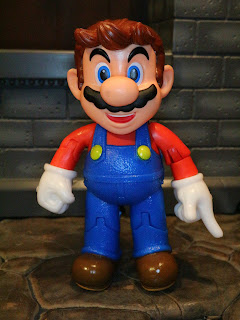 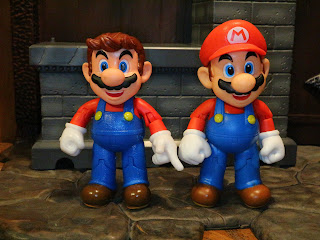 *  Here's a comparison of the new Mario with Cappy (on the left) with the classic Wave 1-1 Mario. There's not as much reuse here as you may think as the new Mario has textured overalls, a new left hand, and a brand new headsculpt without a hat. His shoes are also darker, just FYI. 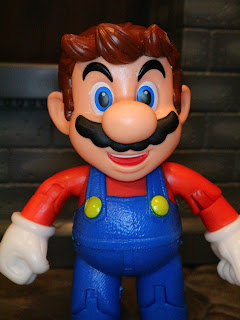 * Jakks resculpted Mario's body and this time his overalls have a denim texture on them. This looks great and matches the increased level of detail on the character models that you see in Super Mario Odyssey. This is still a very classic, traditional looking Mario, however, so the bright and bold red and blue look great! 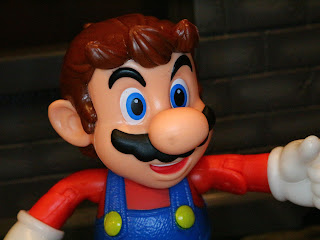 * Mario's new headsculpt looks fantastic, too. Jakks does an excellent job capturing the likenesses of the Nintendo crew and this is another solid effort. I like the look of Mario's hair; it's clearly quite messy and all over the place, which seems to fit Mario's personality. 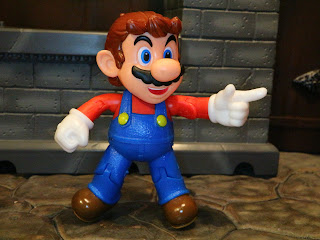 * Jakks' offerings in this line are definitely geared for mass market retail and aren't super articulated. Considering that, I still really do like how sturdy these figures are. They're definitely made for play and they have a nice amount of joints for achieving some fairly basic poses. 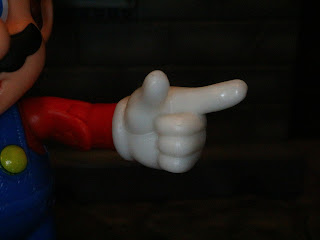 * Look! Mario has the Ford Finger, too! In a lot of the promotional materials Mario is posed with his finger pointing up in the air with Cappy hanging off of it. I'm glad Jakks included this, although I do have some complaints about Mario's inability to interact with the accessory which I'll share in a few moments... 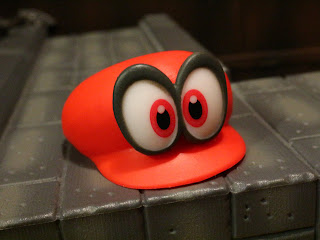 * Cappy looks great! He's a Bonneter that can take the form of different types of hats, so he takes over Mario's hat. The big eyes are Cappy's distinctive feature and they look fantastic! I love them! 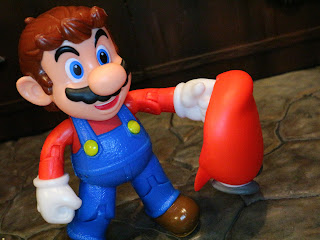 
* I like most everything about this figure except for the way Mario interacts with Cappy. There's really no way for Mario to hold Cappy in any logical way. He can't grip Cappy nor can Cappy rest on his finger. Cappy can only hang here, lifelessly. 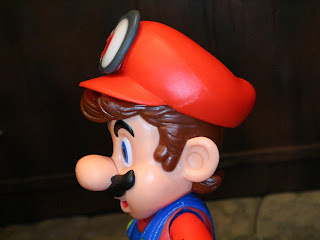 * Cappy also can't really fit on Mario's head well. It looks odd, doesn't it? If Cappy could be held well it would be less of an issue but truthfully, there's just no good way to display Cappy other than just laying him on the ground next to Mario. 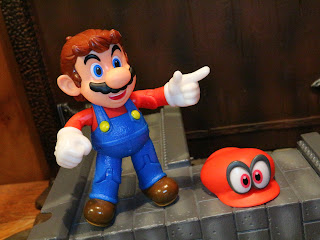 While this is still a Good figure with some great new sculpting and a cool Cappy, it's definitely disappointing that Mario can't interact with his new teammate. I was kind of hoping that Jakks was taking the time away from the line to make improvements but this is just not a very well thought out figure. Mario and Cappy still look cool, but unless you're a huge Super Mario Odyssey fan this just isn't a necessity. Hopefully future releases will be a bit more exciting and better thought out. I love this line and I want it to keep going, particularly with the success of the Nintendo Switch and the upcoming release of Super Smash Bros. Ultimate!

I've now reviewed quite a few Mario figures (something I never thought I'd be able to say) including the standard Mario, the 2-4 Mario, the classic Fire Mario, the indestructible Gold Mario, the water-hating Cat Mario, the industrious Mario Maker Mario, and the magical Tanooki Mario. I've reviewed plenty of other heroes and villains in this line, including: