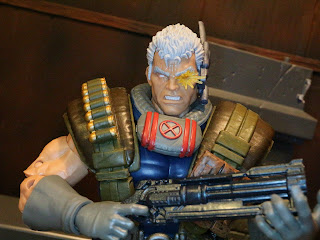 While I am absolutely 100% a DC reader (within the past 24-48 hours I've read Batman White Knight, Rebirth Harley Quinn vol. 5, and volume 2 of Batman: Knightfall) I've never been a huge Marvel reader at all. My Marvel fandom has always been based more on the films, the cartoons, and toys. In the early 90s I was absolutely a fan of Marvel due to the Fox Kids X-Men series and Toy Biz's long running toyline. While I dig Cable because of his portrayal in Deadpool 2, my main draw to Cable is because of how awesome he was in the Toy Biz X-Force line. Cable was definitely the Wolverine or Spider-Man of the X-Force line as Toy Biz put at least one Cable in nearly every set. Hasbro certainly hasn't shown Cable that much love but he absolutely did get a figure in the popular X-Men Series about 2 years ago and now they've released another version of Nathan Summers in his classic Rob Liefeld based look. That means lots of pouches and big guns! Let's check out Cable after the break and see how this bastion of the late 80's/ early 90's comics scene fairs today... 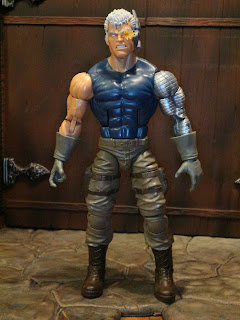 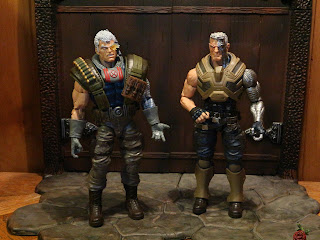 * On the left is this classic version of Cable while on the right is the more modern looking Cable from the 2016 X-Men series. While the two figures share some elements of the lower bodies (hips, boots) overall these are very different figures. There's not much reuse here, surprisingly. 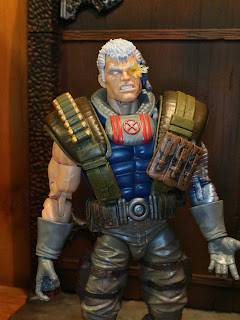 * I really like the look of Cable. Laugh all you want about the 90s design sensibility of lots of pouches and straps but when you're talking about folks wearing tactical gear and carrying weaponry, there is usually an abundance of pouches and straps. Cable has a great color scheme and a look that captures his most popular earlier designs as well as his massive size. He's an impressive looking figure. 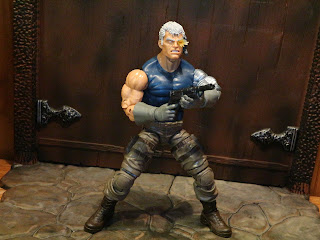 * Cable not only looks cool but he is also really well articulated. Hasbro does a great job of articulating the Marvel Legends Series, particularly the bigger guys, and Cable definitely doesn't disappoint. He's extremely well articulated and extremely durable, which is a killer combination. 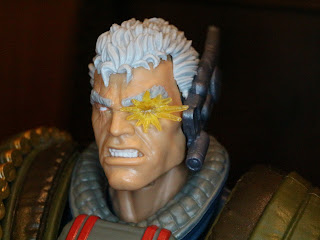 * The headsculpt is also really cool and very evocative of the early 90s design of the character. Check out that grimace! Brooding protagonists just don't grimace that way these days! Not only is the sculpt swell but the eye flare is a separate piece molded in translucent plastic while the headset is a separate piece as well. It makes for a pretty impressive looking piece. 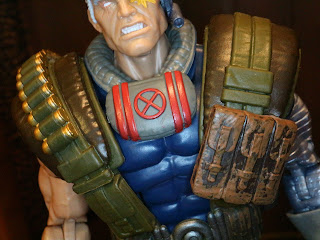 * The bulk is added to the figure via a removable harness (covered with pouches, shotgun shells, and padding) and a collar piece that can be removed by popping off the head. Is this Cable's teleportation device or something? I really don't know (or maybe just can't remember). 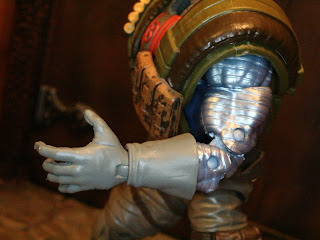 * Another great design element are the flared gloves. The forearms have a separate cuff piece that sits over the forearm to add even more awesome business to the design. 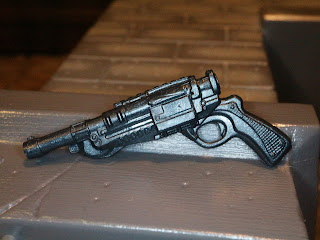 * Cable has three firearms, first up is either a large pistol or the smaller double-barreled shotgun that....strangely looks like a Nerf-blaster. Actually, after looking around I found out that this looks nearly identical to the N-Strike Doubledown. Or the Barrel Break IX-2. Crazy, right? It's a cool accessory and Cable looks great with it, but how interesting Hasbro used a Nerf blaster design for Cable, right? 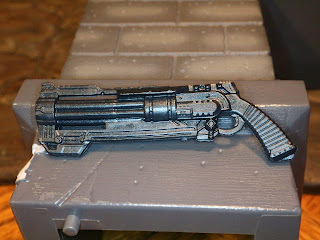 *  Cable's next rifle also looks like a Nerf blaster. I can identify a specific one but it's also a cool design. 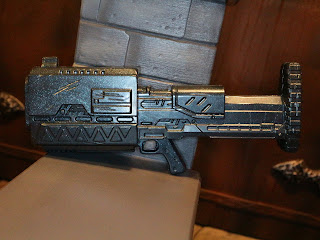 * Lastly Cable comes with a massive rifle. Seriously, this thing is huge. I have no idea if this is based on a Nerf blaster or not but t definitely looks like a weapon that packs a huge punch. 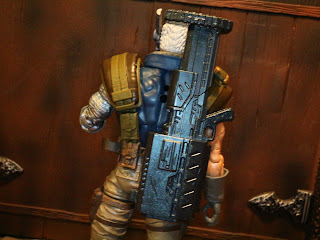 * The massive weapon also fits on the back of Cable's shoulder harnesses via a plug. It's a cool feature and the figure looks awesome toting this massive cannon on his back.

* Remember that if you buy this figure new, you'll also get the left leg of the Sasquatch build-a-figure (I picked up mine used on the cheap without the piece). 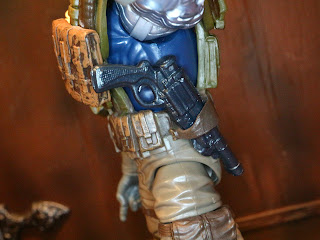 
* I love the shotgun/ pistol and I'm always happy to have a holster for a weapon but thus small loop on Cable's belt is tough to get the weapon into. It sits up pretty high and gets in the way of the figure's arm. It's tough to use effectively. 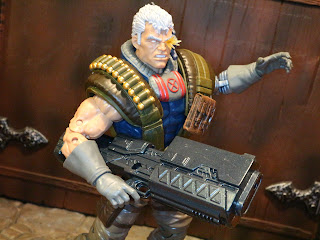 * Cable may have a massive weapon but it is so large that he actually can't carry it properly. Seriously, I can hardly fine a way to get the figure to hold the weapon in any convincing pose, so that's kind of a big fail. 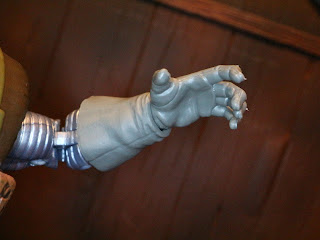 * Cable may be a gun toting kind of guy but it's odd that his left hand is completely open. I get that the intention may have been for him to cradle the larger gun but that's nearly impossible and he's left with the inability to dual wield two weapons. 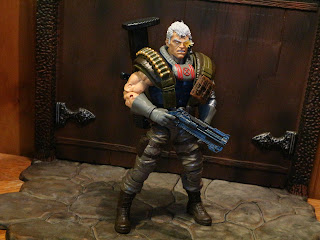 I really like this figure although there are some problems but, honestly, most of them can be solved by simply using some different weapons with him. heck, swapping out the left hand might work, too. So far as the sculpt, paint, and design of the figure goes, Cable absolutely delivers. He's a really cool classic version of a super-popular character and a nice throwback to the vintage Toy Biz action figure. He's a Great and a 1/2 figure and another solid entry in the Deadpool themed series of figures released this year.


If you dig Cable, I've also reviewed the X-Men Series Cable from a few years back.