The Revenge of 31 Days of Toy Terror: Headless Horseman from Roblox by Jazwares 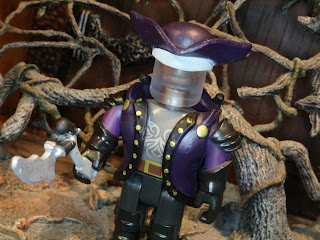 Welcome to day two of The Revenge of 31 Days of Toy Terror! Today I'm checking out a figure that Alexx from Toys and Tomfoolery pointed out to me back in August: The Headless Horseman from Roblox by Jazwares.  Like most people, Alexx knows that I'm a fan of action figures with pumpkins for heads and this Headless Horseman figure absolutely includes an alternate head that is indeed a pumpkin! I've been sitting on this guy for a little over a month but I finally get to show him off to you today. The Headless Horseman is a great fit for The Revenge of 31 Days of Toy Terror because I've previously reviewed a toy based on Washington Irving's literary specter during the 2016 celebration. I've never paid much attention to Roblox before so I was pretty unaware of what they are. It turns out that they're based on an online game platform that has been around since 2006. Where the heck have I been? In the game, The Headless Horseman is a character package of sorts that was released on October 31st, 2013 and is sometimes sold during the Halloween season. This little guy just made his way to stores and, surprisingly, you can purchase this physical, tangible toy for just a fraction of what the in-game costume would cost you. Seriously, the in-game costume costs well over $200 bucks if you buy the in-game currency (Robux) to purchase him. This guy, though, costs about $6 or $7 bucks. He's the better deal. Let's get spooky with this guy after the break... 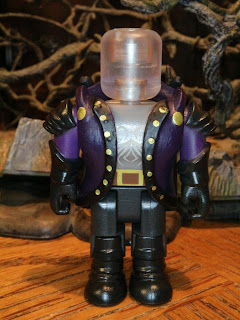 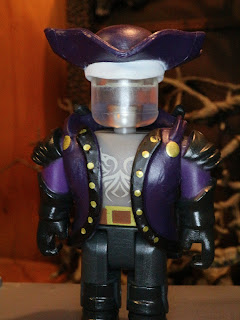 * This interpretation of the Headless Horseman definitely has a bit of old fashioned flair to him (tricorner hat, old-timey jacket with lots of brass buttons, wide leather belt with a brass buckle) but he also looks kind of modern due to the logo design on his shirt and the armor attached to the outside of his coat. He looks like a video game character but that's OK, because he is a video game character. There is a lot of paintwork here and while it's simple, it's pretty well done. Since he is the Headless Horseman the figure includes a translucent headpiece to give his hat a floating appearance, as if it is sitting on nothingness. As far as I can tell this is unique to the figure but I really like the effect. 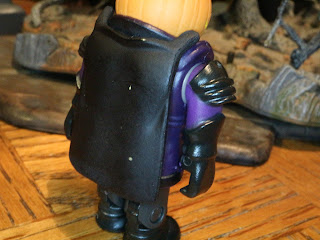 * The Headless Horseman has a removable black cape (it plugs into his coat) and some cool non-removable armor on his shoulders and wrists. 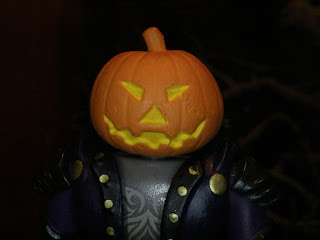 * My favorite aspect of this figure is that the Headless Horseman comes with an alternate Jack o' Lantern head. It's simple but effective and makes the figure infinitely cooler, just as wearing a pumpkin on your head always does. This is the reason I wanted this guy and it doesn't disappoint. The heads swap out very easily as they're just sitting on a post, kind of like a Lego minifigure. 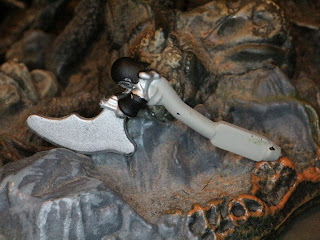 * Perhaps inspired by the Tim Burton film, this incarnation of the Headless Horseman also wields an ax. It's grey with a silver blade and some random black details on the top. It's a cool little accessory with a very unusually shaped blade. 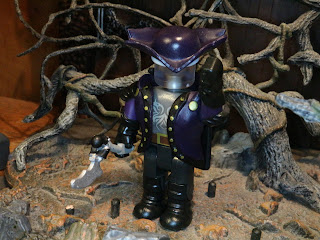 * The build of this figure reminds me of a mixture between a Lego minifigure and a Minimate. The joints are all standard swivels and not much different than a Lego minifigure except that there is also a waist swivel and knee hinges. There isn't a ton of posing options here but the figure is durable and well made. * Also included with the set is a code for an exclusive virtual item from Roblox. I'm not going to use it but it is a cool way to tie in the toy with the game, and vice versa. If someone wants it let me know. I'll give it to you. 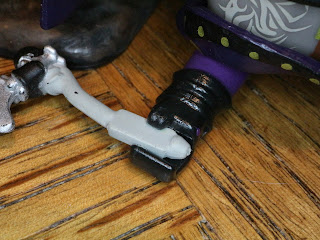 * The hands have such a tight grip that I really had to absolutely tug to get the ax out of the Horseman's hand. No idea what that's about. 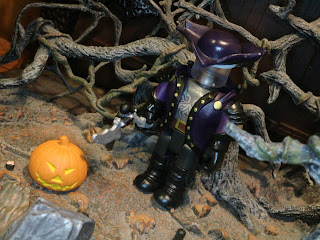 It's always fun to be surprised and being informed about this guy with little to no knowledge about the game or the toyline was a nice surprise. The Headless Horseman is a Good and a 1/2 minifigure and makes for a cool, inexpensive Halloween toy to pick up if you need something spooky for your desk or shelf.  Overall I don't find this line terribly appealing but the Headless Horseman manages to come together quite nicely as a pretty cool articulated minifigure. He's not going to be everyone's cup of tea but if he's your Halloween huckleberry you'll know it when you see him and then you'll just have to track him down, too!