The Revenge of 31 Days of Toy Terror: Mothra from Big Bucket of Monsters by SCS Direct 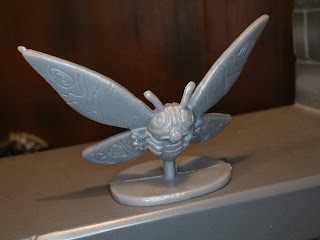 Last year during The Curse of 31 Days of Toy Terror I featured quite a few minifigures from the Big Bucket of Monsters by SCS Direct. While these are sold as a large bucket or tube of figures with 13 different sculpts, I picked these up individually so I decided to start reviewing them individually. Since I reviewed the Big Bucket of Monsters Godzilla last year I decided that it is only fitting to check out Mothra for this year. First appearing in the self titled 1961 Toho film Mothra, Mothra soon became an adversary of Godzilla. I'm not a kaiju expert by any means but Mothra is definitely one of the most recognizable creatures in the genre and this minifigure is pretty recognizable, too. Let's add some giant monster mayhem to The Revenge of 31 Days of Toy Terror after the break... 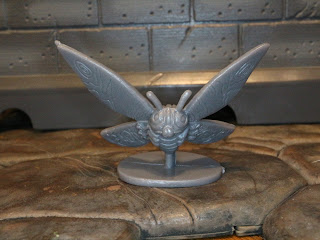 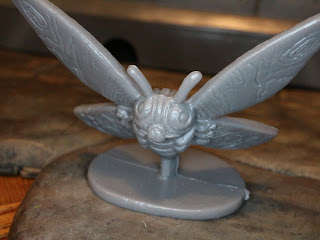 * Mothra is a really cool looking miniature. She's a bit smaller than most of the other figures in the line but the detail is pretty impressive. These are hard plastic figures with very crisp details so all of the little details in Mothra's wings are pretty visible. 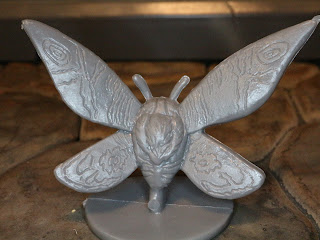 * Here's a closer look at the back. For such a small figure Mothra has a really cool look to her. I do wish she were larger, though. If she were larger or maybe if she were positioned as if she were floating higher off the ground she would probably be a bit more impressive and intimidating. 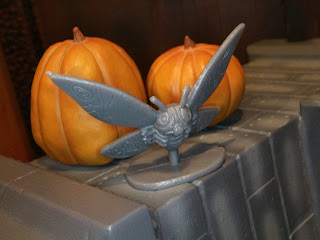 The creatures from the Big Bucket of Monsters are all really cool. I love how unique Mothra is and how she provides a nice counterpart to the Godzilla figure. I do wish she were a bit larger or more intimidating, though. As it stands she is probably the smallest figure in the series, even with her wingspan. Mothra is a Good minifigure and probably worth tracking down for Mothra or kaiju fans. Other minifigure collector fans may be content with leaving her to fly away, although the Big Bucket of Monsters as a whole is well worth picking up for any minifigure fans.

This is the first Mothra figure I've reviewed on the site. For more reviews from the Big Bucket of Monsters check out the following:
Cyclops
Dracula
Gillman
Godzilla
Mummy
Restless Ghoul
Posted by Barbecue17 at 10/15/2018