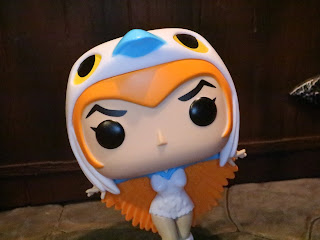 It's been about a week since I last reviewed one of the new Masters of the Universe POP! vinyls so let's check out another one. How about the Sorceress? The Sorceress, also known as Teela Na, is the defender of Castle Grayskull, a being of immense power, and the mother of Teela. Inexplicably, Teela does not yet have a Funko POP! vinyl yet. Her mother, does, though! The Sorceress was certainly featured in the early MOTU minicomics and such, though in a few different forms, but Filmation's He-Man and the Masters of the Universe cartoon is really what catapulted her up to the ranks of a MOTU A-lister. She's now a pretty popular character fro most MOTU toylines and it's nice to see her finally in the POP! brand. Let's check out Sorceress after the break... 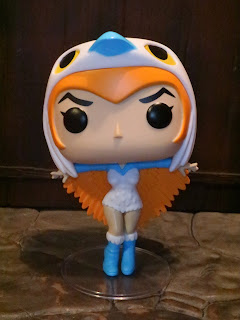 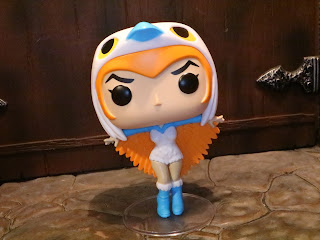 * The Sorceress is built like most other POP! vinyl figures and so she does have a swivel head, although it's obstructed by her headdress. That being said, I really like the pose Funko put her in. She's got her arms stretched out so that her sings are spread out, which is a great look for her. 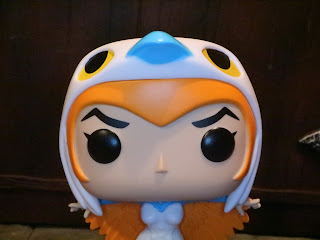 * The headsculpt is quite nice, too. I love the eyebrows and the details on her headdress. The colors are spot on and the paintwork is really neat and clean. 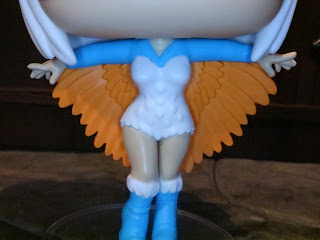 * The detail work on her costume is quite good as well. Sorceress has feathers on her outfit that are very well defined for a toy of this scale and style. 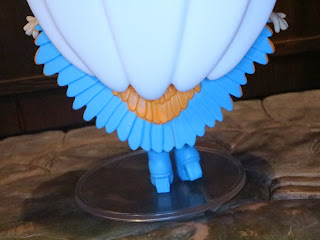 * The work on her winged cape is pretty nice, too. I love the bright orange and blue here as they make the feathers just pop (no pun intended!). 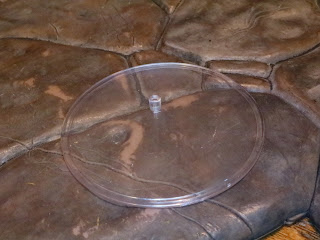 * Not every Funko POP! comes with a stand but the Sorceress does. She needs it, though, as she's wearing heeled boots and it taking an interesting stance that she can't hold on her own. 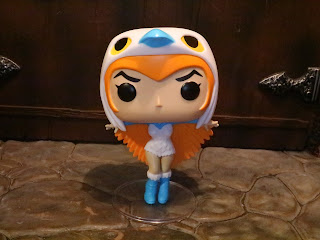 The Sorceress is another Great Funko POP! from Masters of the Universe. I'm really glad that Funko seems to be heavily invested in the MOTU license again and I hope they keep putting out lots of new characters. Sorceress is a very welcome addition to the line as she's such a great character and she has an appearance that is quite different from most other MOTU POP! figures released thus far. Now we just need Teela, Funko! Seriously, how have they gone five years now without releasing a Teela POP? Concerned Eternians want to know!