Action Figure Review: He-Man #991 from POP! Television: Masters of the Universe by Funko 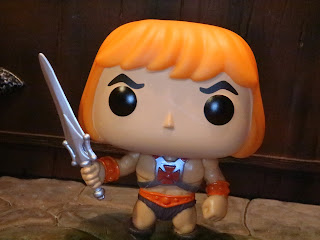 Back in 2013 Funko released their first He-Man POP! vinyl (he was #17 in the POP! Television series) and now, 7 years later, they're revisiting the character. He-Man #991 is a brand new sculpt from the original figure and a great way to see how the POP! aesthetic has changed over the years. Funko seems to be hitting the Masters of the Universe pretty hard once again with a bunch of new figures currently hitting stores and e-tailers as well as two rumored exclusives coming soon (Clawful and Blast-Attak). This He-Man figure is also being re-released later in 2020 as part of a GameStop exclusive MOTU crate where he'll have flocked boots and trunks, so some of you may want to wait for that one. Let's jump right in and check out this updated POP! He-Man after the break and see if he still has the power! 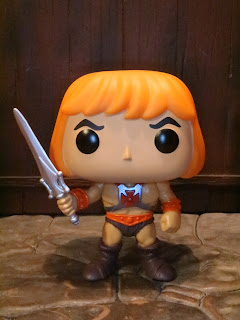 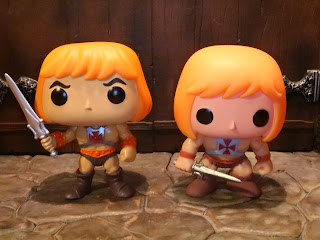 * The new He-Man #991 is on the left while the original POP! He-Man #17 is on the right. They look pretty different, don't they? The newer figures have more personality in the body sculpt and often are sculpted in more of a pose rather than the very similar pose the early figures shared. There's also more detail on the more elongated head with the inclusion of eyebrows. 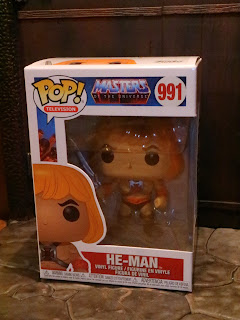 * The previous MOTU Funko releases had orange backgrounds with green Grayskull styled bricks at the bottom. The new releases feature the red and blue "explosion" background, just like the vintage toys. 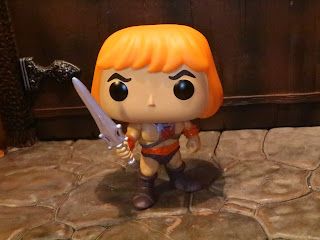 * I really like that Funko has been doing more poses with their figures lately. He-Man looks fantastic holding up his Power Sword! It's not quite held aloft like in the transformation sequence at the beginning of the Filmation cartoon series but it still looks fantastic and makes him look quite eye-catching on the shelf. Of course, he also has a swivel head just like most other POP! vinyls. 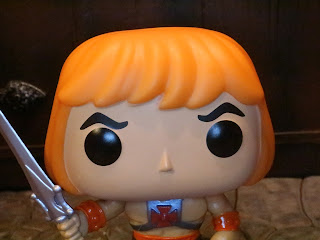 * I'm pretty sure this is the same headsculpt from the Battle Armor He-Man #562 and He-Man (Slime Pit) #952. It's a great sculpt and a definitely improvement over the original POP! He-Man. I imagine Prince Adam will have this headsculpt, too, though I haven't found him yet. 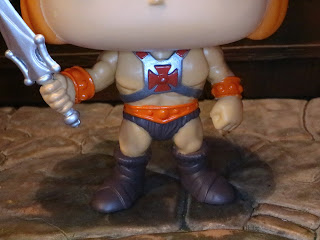 * He-Man's outfit is neat, clean, and strikes a nice balance between the Filmation appearance of the character and your standard toy depictions. I love this interpretation of He-Man's iconic look! 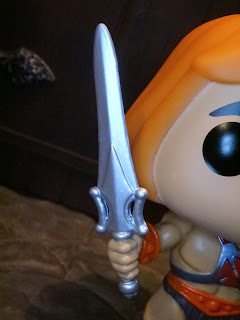 * Of course He-Man has to have his Power Sword. It's an excellent sculpt with a clean silver paint job and that Filmation styling that we love oh so very, very much! 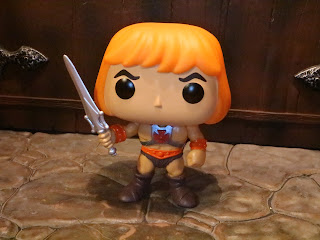 I'm quite glad to see Funko release a new standard He-Man figure. The 2013 release has gotten quite pricey and He-Man is a strong enough character that re-releasing him should definitely nab quite a few sales or get folks who missed out on the earliest POP! releases to pick up the newer figures. He's a definite improvement on the original figure and a Great toy. I hope these get a wide release so that they can be easily found by everyone. There are many, many more MOTU POP! releases coming, so stay tuned!