Action Figure Review: Ninjor #1036 from POP! Televison: Masters of the Universe by Funko 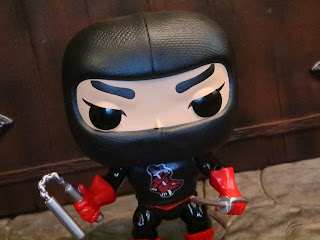 Now that we've covered the giant Beast Man and King Hiss let's move on to the third of the NYCC 2020 exclusive POP! vinyls: Ninjor! Ninjor was one of the 1987 MOTU releases that were part of a series of figures designed to take advantage of existing tooling with only new heads and a few new accessories. The others in the line were Clamp Champ, King Randor, and Scareglow. It's kind of ironic that some figures designed with minimal resources have become some of the most sought after vintage Masters of the Universe figures, isn't it? Because both ninjas and MOTU are awesome, Ninjor is doubly awesome. It's also nice that Funko can call him Ninjor as Mattel wasn't able to in Masters of the Universe Classics, where he was simply referred to as Ninja Warrior. Maybe the trademark issue or whatever it was has been resolved? Anyways, let's check out Ninjor after the break... 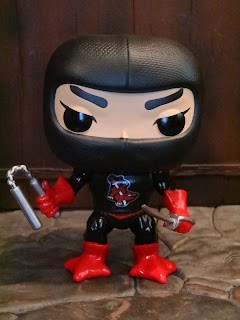 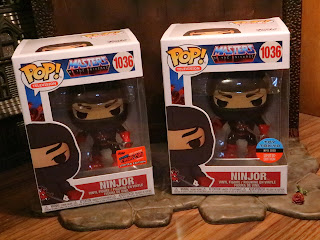 * Ninjor was offered on both Funko Shop and at Toy Tokyo. Since I missed Spikor on Funko Shop I ended up snagging Toy Tokyo's bundle of exclusives but I ended up with a duplicate. The only difference between these two is the sticker on the bottom right. 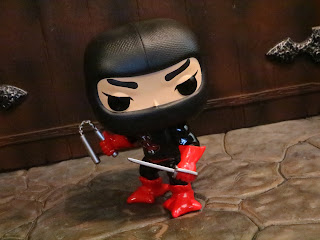 * Ninjor is a really cool looking ninja POP! vinyl who looks amazing in black and red. He's menacing, vinyl, and he's got a swivel head so you can pose him a bit to make him look even cooler on your shelf. 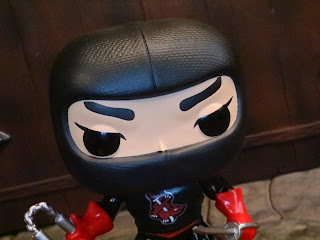 * Ninjor is wearing a black head covering with only his eyes showing. He looks pretty menacing, right? 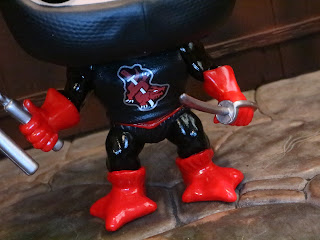 * Besides his demon-like feet Ninjor is also sporting his cool symbol across the front of his chest. The printing is really nice and clean. 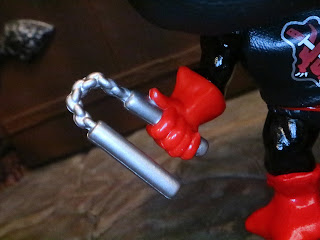 * In his right hand Ninjor is wielding a pair of nuchaku. The vintage toy had three weapons and the nunchaku were the only weapon truly unique to Ninjor, as the others originated elsewhere. His bow was reused from the Eternia playset while his sword originated with... 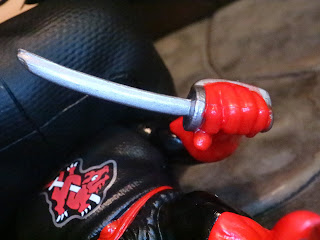 * Jitsu! Yeah, Ninjor is toting around Jitsu's katana, but now it's in silver instead of red. Funko did pay attention to detail, however, as they gave him the backwards handguard that the vintage accessory had. It as a weird fluke but now it seems to be part of the design. 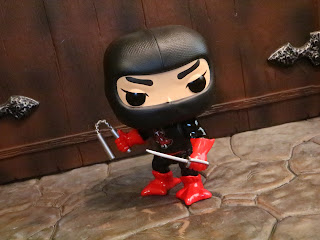 Ninjor is another Great MOTU POP! vinyl. It's really fun that Funko is getting deep into the roster of characters beyond the A and B-lists, now giving us some more obscure figures from the end of the line. I unfortunately don't have a Scareglow, who Ninjor is sometimes paired with, but at least I have Ninjor himself. Funko is really on a roll with their MOTU POP! releases and it seems like we have more coming soon.

If you're interested in more of Ninjor/ Ninja Warrior check out my review of the Masters of the Universe Classics Ninja Warrior.