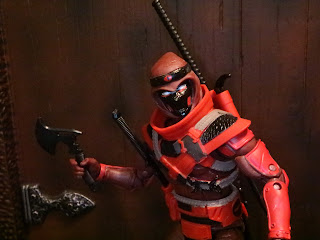 Ready to finish up the second series of the G.I. Joe: Classified Series? Then let's take a look at the mysterious Red Ninja! The Red Ninja first appeared in 1984 in Marvel's G.I. Joe #21 Silent Interlude, the renowned story which features lots of ninja action but no dialogue. Over the years they've become a regular staple in the G.I. Joe universe and a popular army builder. I didn't expect to see them in the line this early, especially not before we received a standard Storm Shadow, but here they are. The Red Ninja seem to be the toughest of the series 2 figures to find, probably because of they're army builder status. Of course, Red Ninja is also a pretty cool figure who is loaded with weapons. Seriously, he has more weapons than any other standard figure in the line. Let's take a look at the Red Ninja after the break for some hardcore ninja action... 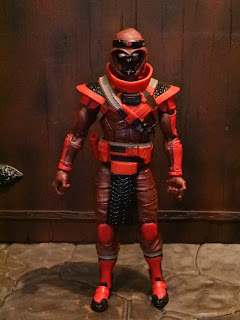 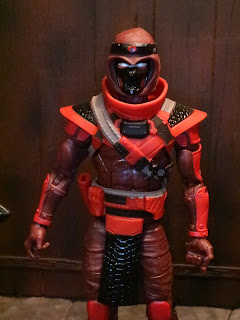 The Positives:
* While the original Red Ninja wore simple red cloth outfits, like what Storm Shadow originally wore, the Classified Series Red Ninjas are more armored. Underneath all of that armor is a standard maroon body suit but on top of it is lots of light but effective armor and pouches for storing lots of ninja goodies. The mix of red, black, and maroon looks pretty eye-catching and makes this guy stand out in the line thus far. 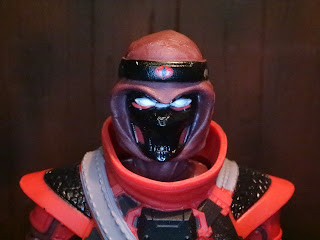 * The Red Ninja isn't wearing a standard facemask, either. He has an unusual hood on that reminds me of the Night Creepers/ He's also sporting an armored facemask with glowing white eyes peeking through. The Red Ninja are apparently loyal to Cobra as they wear the Cobra sigil on their headbands. 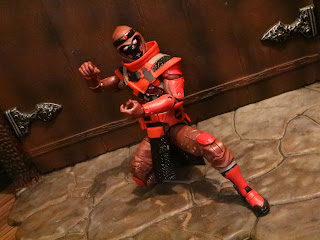 * Like most other figures in the line the articulation on the Red Ninja is really nice and incredibly useful in getting excellent poses out of the figure. There are plenty of joints and they all move quite well. Hasbro has been on a roll for quite a few years now, making some of the sturdiest and most well designed 6 inch scaled action figures on the market and thus far the Classified Series has been another hit. Construction wise, this might be the best line Hasbro is putting out right now. 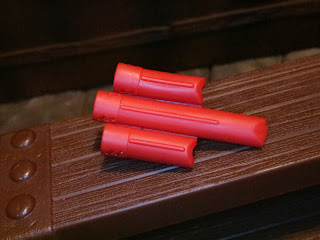 * The Red Ninja includes a simple backpack with a sheathe for one of his swords and two small sheathes for the pair of kama he comes with. This fits quite securely on his back, too, giving him instant access to multiple weapons. And, man, does he come with weapons. While the weapons are all reused from the Deluxe Snake Eyes figure, they're still cool and you get quite a few of them. 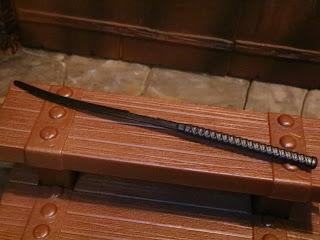 * It seems like the Red Ninjas primary weapon might be the nagamaki. The nagamaki, named for the long wrapping around the katana like handle., is a lethal looking weapon and one that has been in use for over 1000 years. This seems to fit perfectly in the large sheathe on the Red Ninja's back 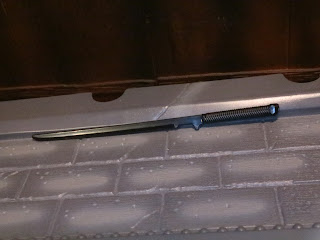 * The Red Ninja also comes with a ninjato to use as well. It's slim, straight, and looks like a very modern take on an ancient weapon. This seems like the standard weapon I would most imagine these guys wielding. 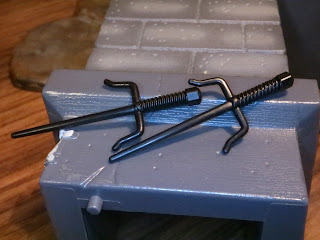 * When the red Ninja needs to make a point he can use his pair of sai. They're simple but effective weapons with a hexagonal tsukagashira, which is the head of the weapon's pommel. 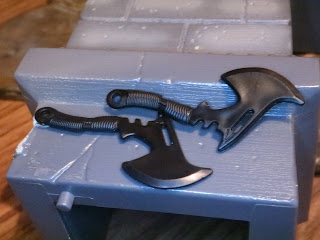 * For some extreme close quarters combat the Red Ninja comes packing these axes. These are small, single hand axes that seem like they have been very thoughtfully designed for close quarters combat. The sculpts are excellent and they definitely seem like they would be useful for tactical combat. There are some loops on the bottom where theoretically a string could be placed, allowing the weapon to serve as a grappling hook like tool or as a way to pull the axe back after using it as a thrown weapon. 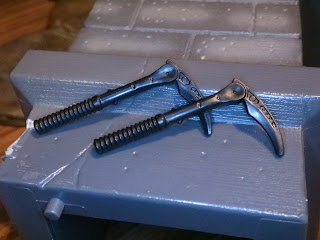 * Last up are a pair of kama. These are different than the kama included with Arctic Mission Storm Shadow and, like the axes, seem designed with a bit more of a tactical aesthetic. 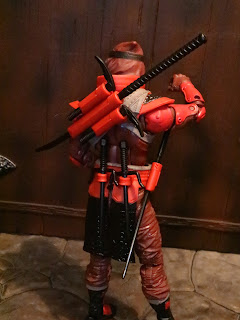 * Yes, the Red Ninja can hold all of his accessories! The nagamaki and the kama fit in the backpack, the sai can be stored in the loops on the back of his belt, and the ninjato fits in the small sheathe on his right hip. Place the axes in his hands (or loop them through the belt and have him wield the sai) and you're all set! 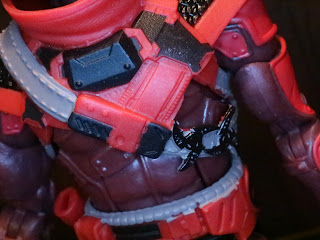 The Negatives:
* There's a lot of detail on the front of the figure although the paintwork doesn't quite keep up with it all and a lot of it kind of runs together.
* Also, he has two shuriken on his chest strap but they're part of the sculpt. Why not make them removable pieces? The Pursuit of Cobra line had removable shuriken for 1/18th scale G.I. Joe figures so surely Hasbro could accomplish the same feat in the 1/12th scale. 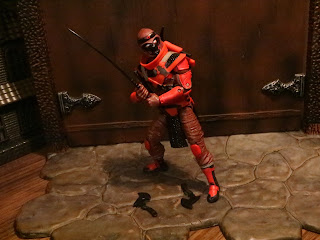 The Red Ninja may not be the most exciting figure in the G.I. Joe: Classified Series but he's a really well done troop builder who is great to have in the line already. While his weapons are reused he sure does come with quite a few of them, allowing you to make this guy fully loaded. Heck, if you have multiples you could have each ninja wielding a different weapon, too. You're definitely getting your money here and this guy is an Epic figure. While the Marvel Legends line has the Hand Ninjas coming out, I'm wondering how many collectors have picked these guys up for their Hand Ninja legions?
This is the first Red Ninja I've reviewed on the site. For more figures from the G.I. Joe: Classified Series check out the following:
Arctic Mission Storm Shadow
Baroness with Cobra C.O.I.L.
Cobra Commander
Cobra Trooper (Special Missions: Cobra Island)
Destro
Duke
Gung Ho
Profit Director Destro
Roadblock
Roadblock (Special Missions: Cobra Island)
Scarlett
Snake Eyes
Snake Eyes Deluxe
Wayne "Beach Head" Sneeden