This is the Way: Cad Bane from Star Wars: The Black Series Phase IV by Hasbro 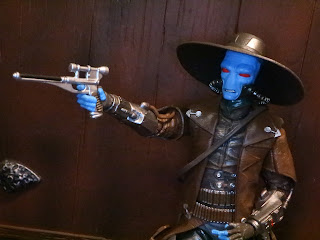 He's not a Mandalorian but he is a bounty hunter and some say he was the best bounty hunter in the galaxy after the untimely death of Jango Fett at the hands of Mace Windu. Who are we talking about? Why Cad Bane, of course. Cad Bane appeared in the second season of The Clone Wars and I remember there being a lot of excitement about him. Cad Bane was a fixture on the Clone Wars between the second and fourth seasons and while there was work done on a later episode of The Clone Wars where Bane and Boba Fett had a duel that resulted in the dent in Fett's helmet and Bane's death, it was never finished. Maybe that story could be resurrected or maybe we'll get more stories about how Cad Bane is still around. Based on some early images from concept work for the Original Trilogy, Cad Bane is a Western styled gunslinger who would fit perfectly into The Mandalorian, wouldn't he? He's pretty old, though, and would be well into his 70s in that era, but maybe he could still be around as a crusty old professional still doing his thing. Hasbro has been slow about filling in the roster of The Clone Wars but Cad Bane was an excellent choice and he's another stellar figure. He's part of the newest series of Phase IV Black Series figures but he was also offered earlier this year as an exclusive figure along with his droid companion, Todo-360. That figure was tough to acquire, though, so I settled for the standard release. Let's take a look at Cad Bane after the break... 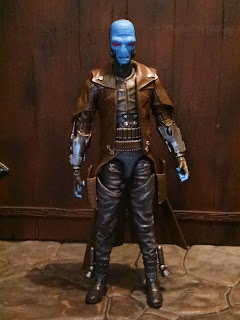 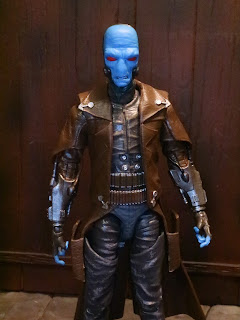 * I've always been a fan of the bounty hunters and fringe characters in the Star Wars galaxy. I love there rough, weathered appearance, their eclectic costumes, and their arsenal of lethal weaponry. I didn't watch the first season of The Clone Wars when it first premiered but Cad Bane got me interested in the second season and I remember tracking down the 1/18th scale action figure Hasbro released at the time. This guy is just so much cooler. The detail on his costume is amazing and he really benefits from Hasbro's aesthetic decision to make every character, even those originating in animation, look how they would if they appeared in a live action Star Wars project. Cad Bane's duster is very cool and while it's not intended to be removed, everything but the sleeves is a separate piece. The paintwork is excellent here, too, with some great weathering all over. 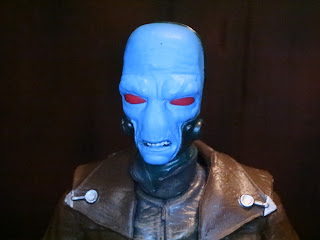 * Cad Bane is a Duros, so he's got awesome blue skin and big red eyes. He's also a pretty nasty character and his very intimidating scowl fits the character perfectly. 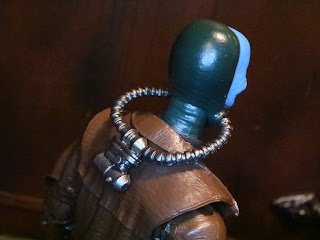 * Cad Bane's breathing tubes are removable and plug into the figure easily. Particularly known for hunting Jedi, Cad Bane uses these to prevent getting his airways cut off by a Force choke from a desperate Jedi. I love how he has gear specifically designed to counteract the Jedi's advantages and abilities. He definitely is a resourceful, methodical hunter. 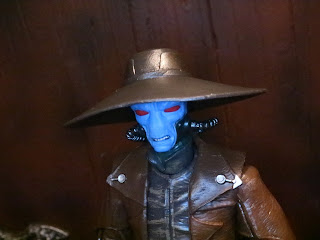 * Cad Bane wears a very large hat. You can actually position on his head in a few different ways (leaning forward, leaning back) and it gives him some different looks. He looks really cool in it. 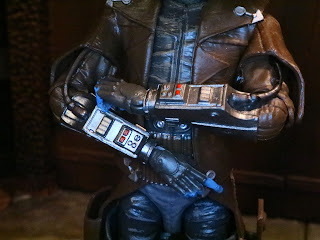 * Cad Bane wears gauntlets that are loaded with features. Stunners, flamethrowers, knock out gas; he's got it all. What's even better is that the cords on these are not going to get destroyed as Cad Bane has bicep swivels, too. When you rotate his arms those rotate first, which keeps the cords intact. Some past figures have had issues with cords like this, so it's nice to see Hasbro improving things. 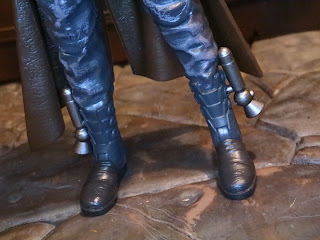 * To help him track his prey Cad Bane had small jet thrusters attached to his boots. These can rotate. Oddly enough, mine were upside down when I opened my figure and I thought it was a mistake. They easily swivel around, though. How cool, right? 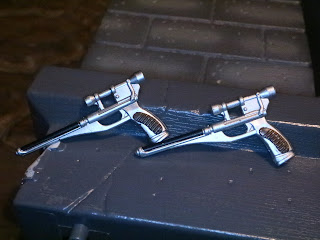 * Cad Bane comes equipped with his LL-30 blaster pistols and, wow, are they beauties. These are some gorgeous blasters with excellent paint applications! They look perfect. I just wish he came with his rifle, too. 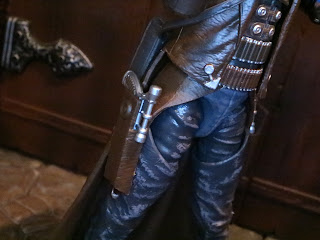 * His LL-30s fit perfectly into the holsters on his hips, where they're always at the ready. 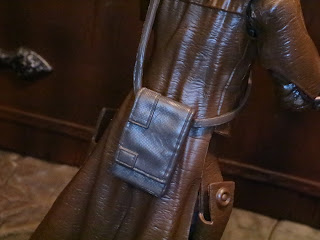 * Lastly, Cad Bane comes with a cool satchel that you can sling around his torso. It's meant to hand behind him, inevitably carrying all kinds of useful gear. 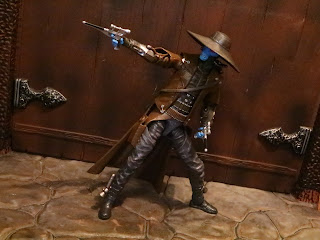 Is Cad Bane the best Star Wars figure of 2020? Maybe. He's pretty incredible and a stellar figure in a year that started off slow Star Wars-wise but which quickly picked up steam. I've still got at least 10 The Black Series figures to review but Cad Bane definitely stands out as one of my favorites. He is an Epic figure who you really need to get your hands on. He's another figure where I would have liked to have got my hands on the exclusive but the standard figure is still quite satisfying.

This is the first figure of Cad Bane I've reviewed on the site. For more reviews from Star Wars: The Black Series Phase IV check out the following:
Admiral Ackbar
The Armorer
Garazeb "Zeb" Orrelios
The Mandalorian