Minifigure Review: Fisto from Masters of the Universe by Mega Construx 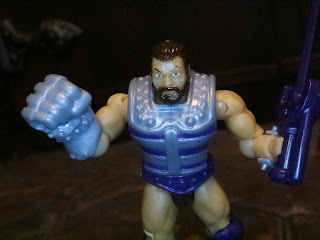 Thus far we've only looked at repaints and variants from the second series of single carded Mega Construx Masters of the Universe figures but today we're checking out a character new to the line: Fisto! Maybe it's because of his more significant role in the 200x cartoon series, maybe it's because of his mighty steed, Stridor, or maybe it's because of his awesomely outrageous name and his giant metal fist, but Fisto is an extremely popular character! It's great that Mega Construx has finally put him in the line as we needed some more Heroic Warriors in the line. He's probably a bit easier to make than many of the other later Heroic Warriors since he's uses a standard body with just a new hand but he's still a very welcome addition to he line. Let's check out Fisto after the break and see if this little guy packs as much punch as his big brothers... 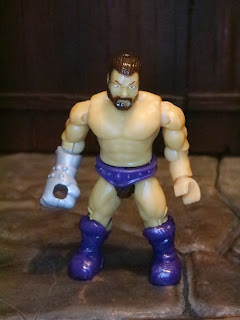 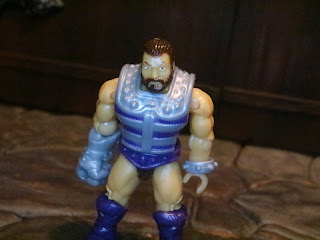 The Positives:
* Fisto looks just like a miniature version of either the vintage or Masters of the Universe Classics figure (take your pick). He's a standard looking warrior with a very cool chest plate and a removable spiked cuff on his left wrist. The silver and purple looks really nice, too. That color scheme always stands out on Fisto. 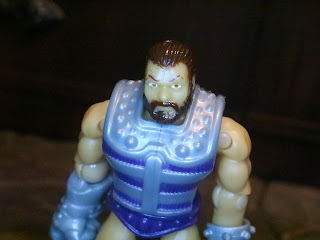 * The paintwork on the faces in this series have been pretty good and Fisto is no exception. Remember how small these guys are; whatever screen you're reading this on is making the figure way larger than it actually is. In person both Fisto and his might beard appear very neat and clean. 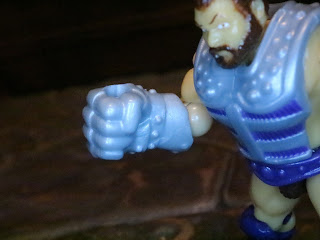 * Does Fisto have a fist? Oh, he does. His fist is massive and looks incredible detailed. There is a hole in he middle as well, allowing him to hold some weapons in it if you choose to do so. This guy is ready to deliver some epic punches for sure! 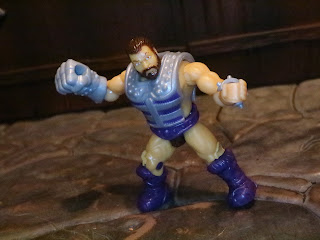 * Like the rest of the figures in this line Fisto is well articulated and ready for battle. These really are some of the nicest minifigures out there and they're incredibly fun. If you haven't picked up on yet and you're either a MOTU fan or a minifigure fan, you really need to. 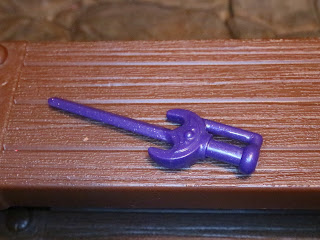 * When his giant, metal fist just isn't enough Fisto come with his super cool purple sword. It looks great and very closely resembles the vintage toy. I'm sure the inevitable Tri-Klops Mega Construx figure will reuse this piece, too. 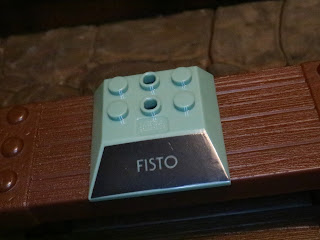 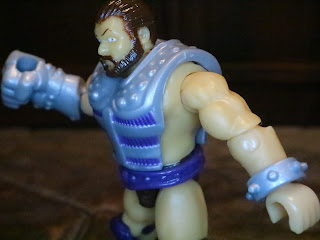 The Negatives:
* I know Mega Construx wants to keep the aesthetics of the vintage line and MOTUC by having the armor be easily removable but there's something about Fisto's that looks off to me. I think it's because the gap on the side is huge! It just looks kind of odd when viewed from any angle other than head on. 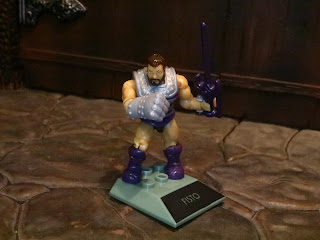 This is a pretty cool little Fisto for sure. The Mega Construx line continues to impress me and it's always nice to see more characters added to the line. Other than his somewhat wonky armor this is about the coolest Fisto minifigure you could ask for. He's got a sword, a beard, and a giant fist; what more could you want? For $5 bucks you're getting a very cool toy here. I also love how these little figures are packaged in a way that shows of the figure and isn't blind boxed. It's nice to see that Mega Construx has faith in their product! Fisto is a Great and a 1/2 addition to the Mega Construx MOTU world!

If you're a Fisto fan, check out my review of the mini Fisto from the M.U.S.C.L.E. Masters of the Universe #1 set, the Loyal Subjects' Fisto, and the Club Grayskull Fisto.